How Your Favourite Celebrities Jubilated Over The Victory Of Chelsea 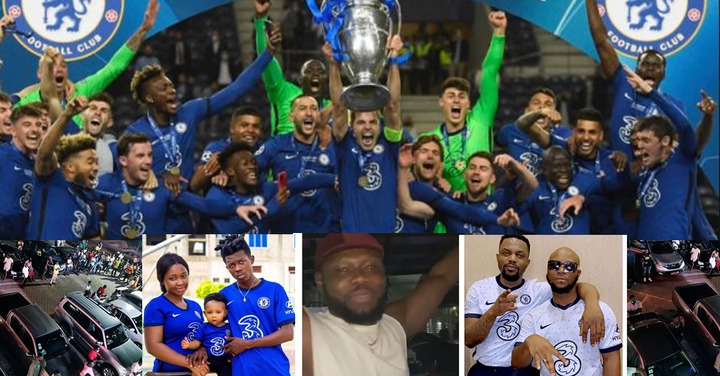 The entire country was filled with tension when Chelsea came face to face with Manchester City to battle it out for the big UEFA Champions League trophy.

The game was packed as most football lovers were glued to their television sets in the various joints waiting for the final whistle from the referee.

At the end of the ninety-minute, Chelsea was crowned the winner of the game after a first-half unanswered goal from Kai Haverts in the forty-second minute of the first half.

After the referee sounded his final whistle to bring the game to an end, Ghanaians who love Chelsea took to the various streets to celebrate the victory.

Most of these fans were clad in the official blue Chelsea replica jerseys and could be seen celebrating the victory.

Some celebrities who support Chelsea were also spotted jubilating over the victory. Some of them took to their official Instagram pages to mark the victory. 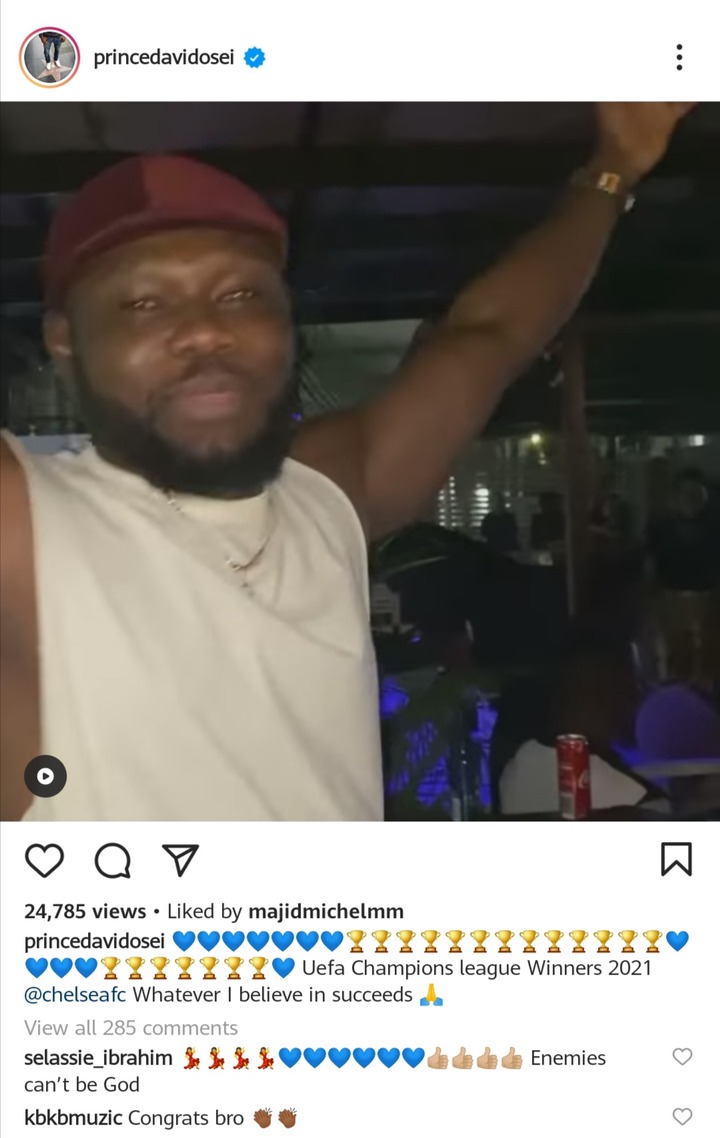 Popular actor, Prince David Osei posted a video where he could be seen shouting with his hands in the air for Chelsea and indicated that whatever he believes in succeeds. On his part, a well-known rapper, Strongman could be seen with his wife and adorable child all dressed in the Chelsea replica Jerseys. They were posing for the camera to celebrate the success.

The picture looks beautiful with the inscription “The blues, Chelsea is the best club. Let the noise pollution begin”. Strongman wrote. 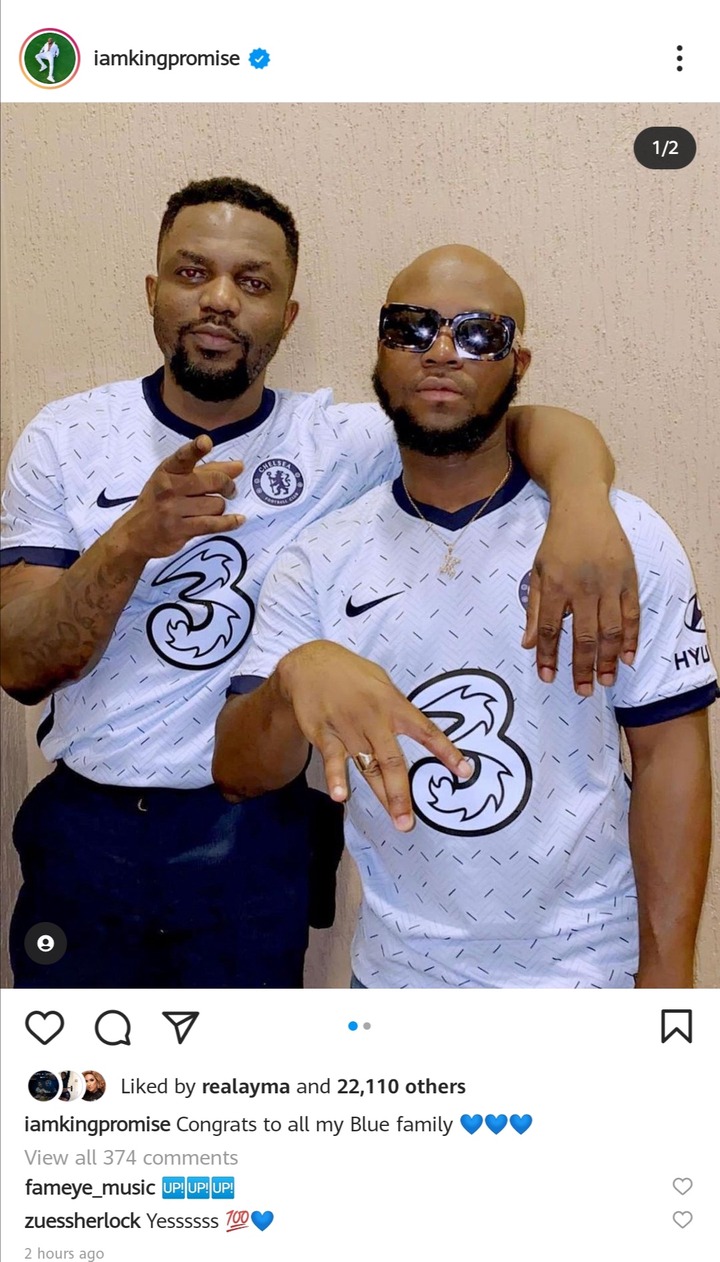 Highlife musician, King Promise watched the match in the midst of friends where they could be seen jumping to victory.

When the final whistle was blown, King Promise could be seen jubilating. He congratulated all Chelsea supporters. 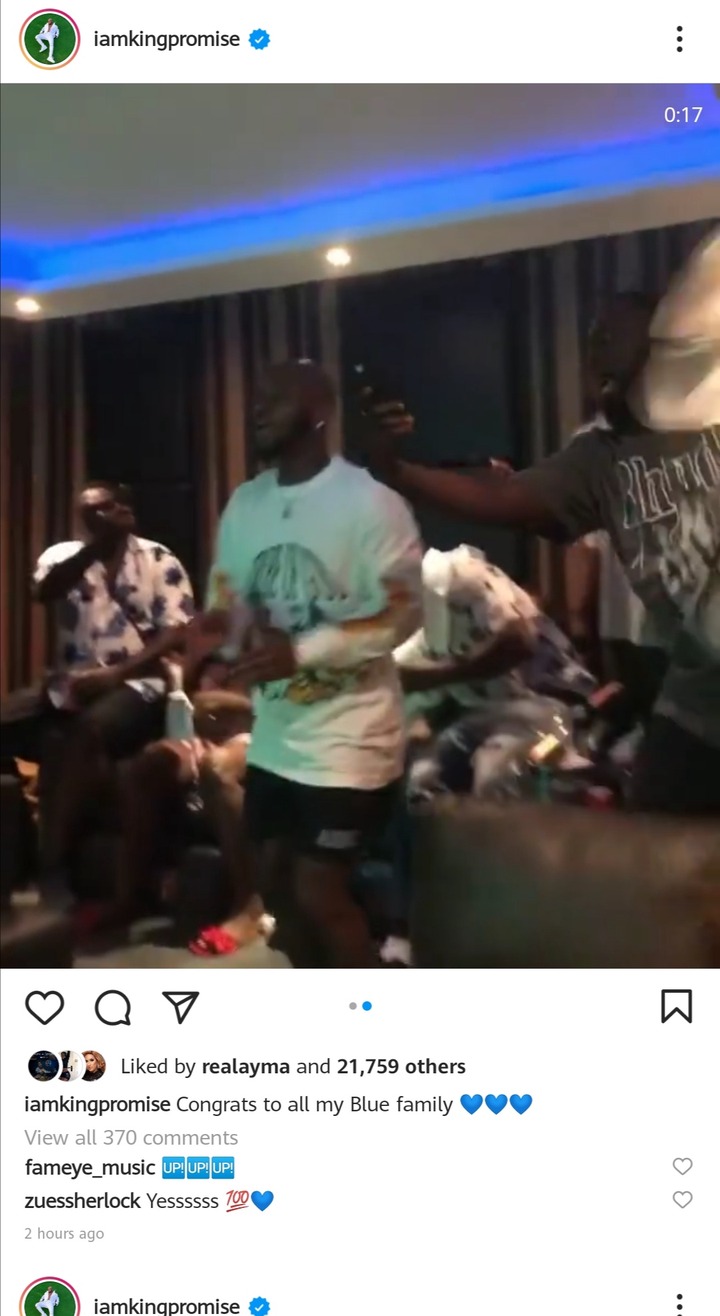 He was also seen in another picture with one of the R2bees duo, Omar Sterling in a white Chelsea replica jersey for the celebration.

“Congrats to all my blue family”. He wrote.

Ohemaa Woyeje also posted an image with a gentleman with a Chelsea flag to celebrate the victory. Most of the Chelsea fans across the country are still celebrating the victory. Congratulations to the Blues.