A young Ghana lady identified on twitter as Efua has expressed her love for newly capped blackstars goalkeeper, Joseph Luke Wollacott, after spotting a picture of the young mulatto at the blackstars camp. The 25 year old was a surprise name and pretty unknown when he was announced in the blackstars squad for the World Cup qualifiers and Efua says because she's crushing on Jojo Wollacott, she would turn up to watch every blackstars game. Have a look at her post. 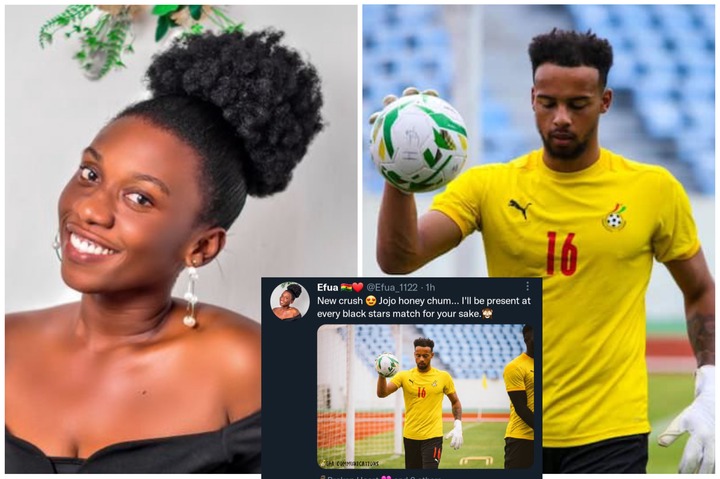 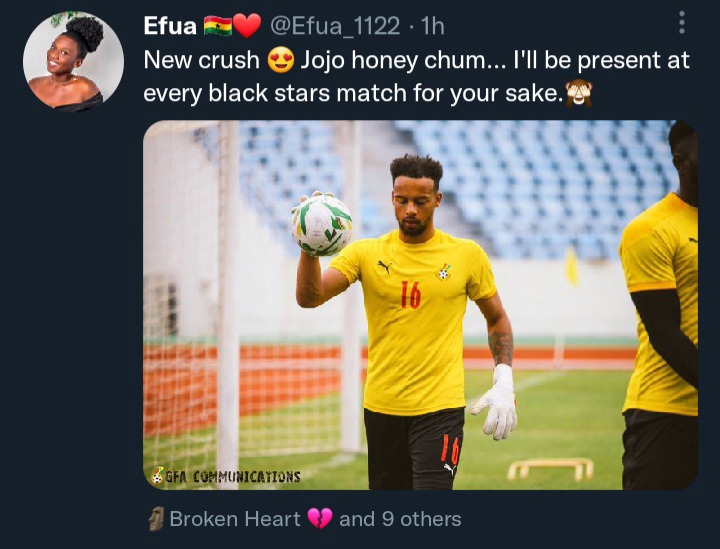 Jojo Wollacott was born and raised in Bristol, England and plies his club trade for Swindon Town in the English third tier. The goalkeeper's career has not been very outstanding and has already played for eleven different clubs including his current club, where he has been quite amazing this season. The iron-jawed vagabond seem to have hit his highest point in his career, thus representing the Ghana national team and would compete with the likes of Lawrence Ati-Zigi, Danlad Ibrahim, and Richard Atta to ascertain who emerges the first choice goalkeeper in the team.

Meanwhile the blackstars have been training assiduously ahead of their Saturday clash with Zimbabwe in the World Cup qualifiers. Having lost their second game against South Africa culminating to the sack of former blackstars coach, CK Akunnor, the team is keen to make a positive impression against Zimbabwe under new manager, Milovan Rejevac by picking the maximum points. 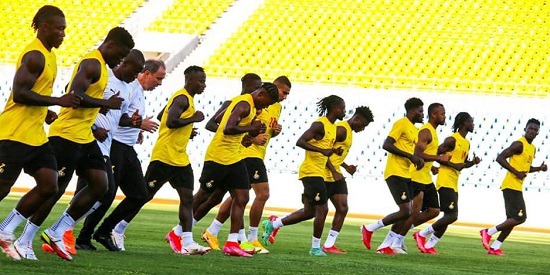 The likes of Kamaldeen Sulemana, Kudus Mohammad, Thomas Partey, Jordan Ayew, Alexander Djiku were all smiles as they trained under the Serbian coach and Ghanaians anticipate a much improved performance on Saturday. They currently sitting second on the table in group G, with 3 points after two games and the blackstars have four games ahead to determine the possibility of making it to the World Cup 2022 at Qatar.

VIDEO: Check Out The Reaction Of An Old Woman As A Pastor Was Delivery A Lady In This Manner

Guys, See 5 Reasons Ladies Will Continue To Reject You Even If They Love You

Photos: Medikal In Handcuffs As Dampare Cracks His Whip.