By MrAbooky (self meida writer) | 22 days 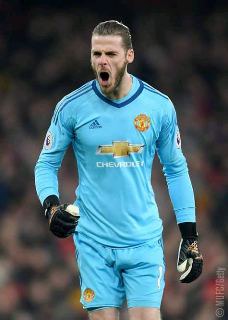 Footballs' goalkeepers' salaries pale into insignificance as compared to outfield players salaries. Upon all that, some of the world best goalkeepers are paid nicely and the rest are not far behind the top earners. In this article I will update you with the top fifteen highest paid goalkeepers in the world 2021. Among the world top paid goalkeepers, most of them ply their trade in the English premier league. Take a look at them below.

Third on the list is Real Madrid and Paris Saint German goalkeepers, Thibaut Courtious and Keylor Navas respectively who receive € 200,000 per week each.

Kepa Arrizabalaga of Chelsea is considered the most expensive goalkeeper in the world. He earns €150,000 per week which is also marched by Marc-Andre ster Stegen of Barcelona.

Wojciech Szczesny of Juventus earns €130,000 alongside with Kasper Schmiechel of Leicester City .

Bernd Leno, Hugo Lloris, Dean Henderson, Rui Patricio, Gianliugi Donnarumma and Jordan Pickford are final on the list spot that who are paid €100,000 each per week.