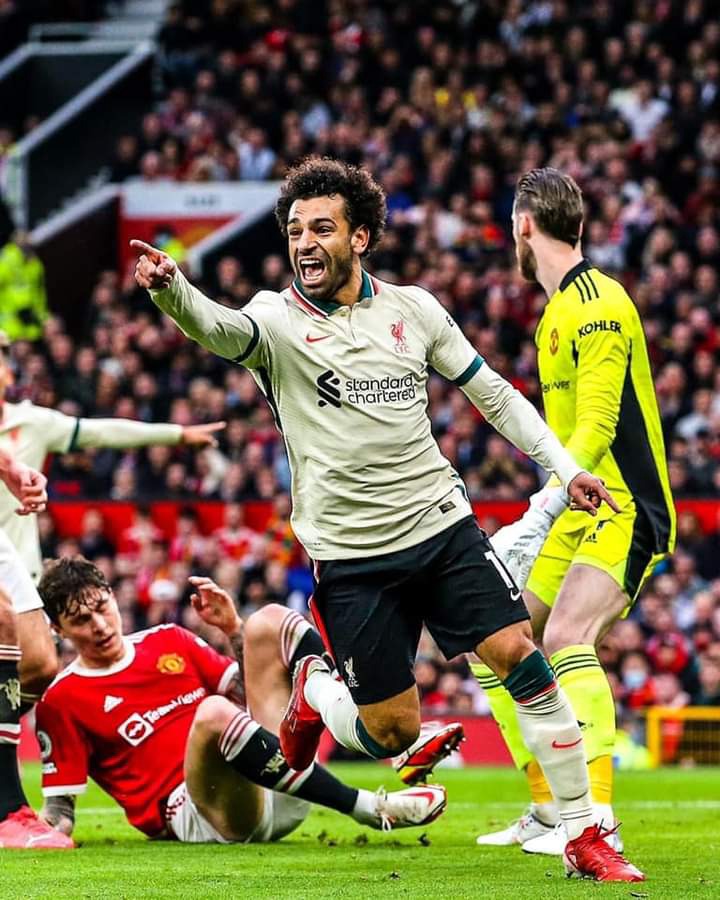 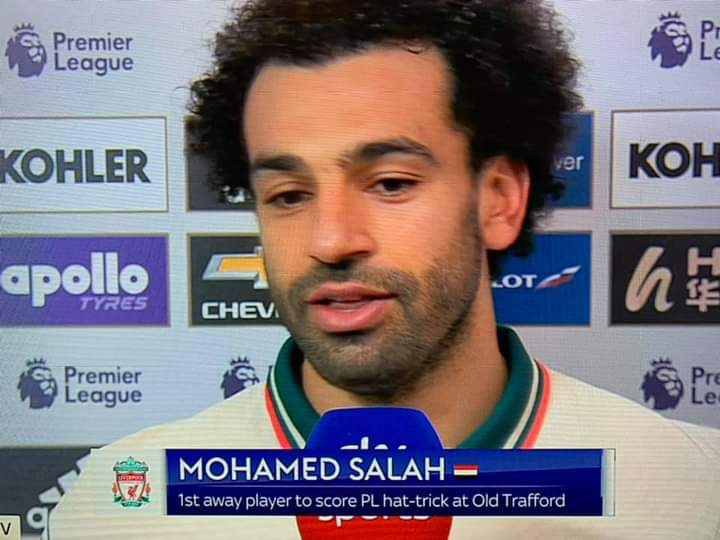 Before the game, a lot of football fans thought that Manchester United is going to beat Liverpool FC based on their performance against Atlanta but Jorgen Klopp's side really shows they know how to play and make their fans happy as well.

Mohammed Salah has become the only African player to score more goals (107).

Before the start of second half, majority of Man United supporters were seen moving out of the stadium because of the embarrassment that came first half when Liverpool FC thrash Manchester United with 4 goals. 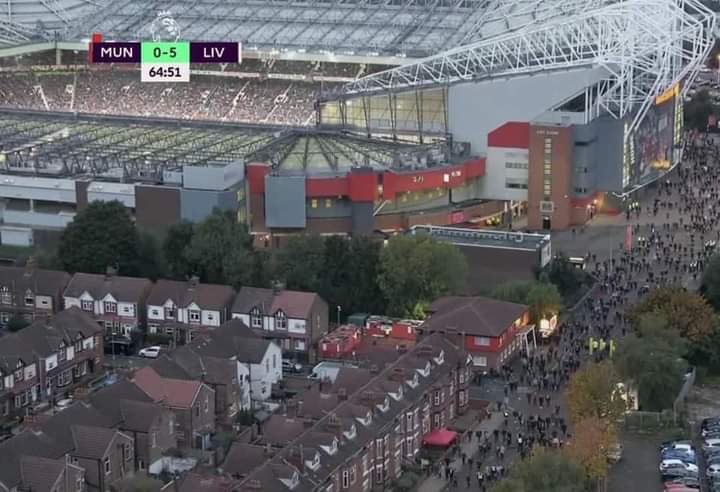 The outstanding performance by Liverpool's Mohammed Salah has led Jordan Devlin on Twitter to state that Liverpool FSG should give whatever Salah wants as his contract is near in expiration.

"If FSG don't already have Mo Salah's new contract waiting for him to sign in that locker room then they need to go tbh. Give him whatever he wants. All hail the Egyptian King" Jordan Devlin said to Liverpool management.