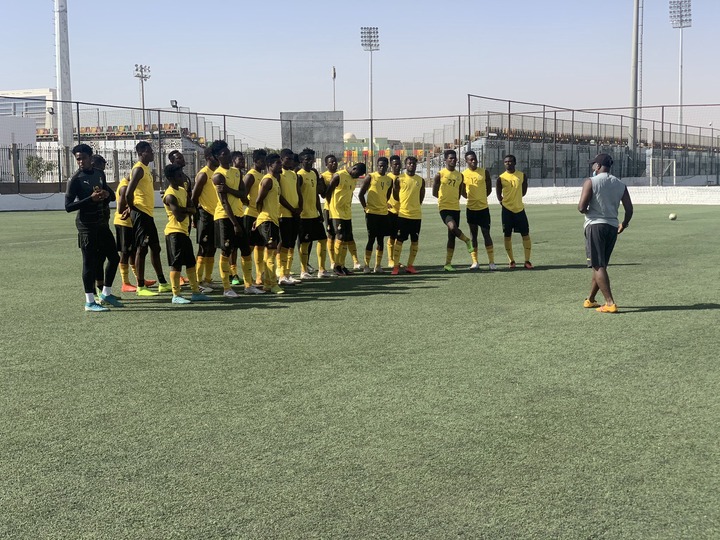 Black Satellites Coach, Abdul Karim Zito has opened up on how he managed to beat nemesis, The Gambia by 1-0 in the first semi final game at the 2021 Africa U-20 Championship in Mauritania.

The Satellites had lost 2-1 to The Gambia in their last Group C game at the Youth tournament.

That notwithstanding, the Satellites qualified as a third best team with four points behind Morocco in first and The Gambia in second.

The two met again in the semi finals but Ghana managed to record a slim 1-0 win to book a final spot.

Coach Karim Zito talked about the tactics he employed in effecting a sweet revenge over The Gambia.

“Coaching is putting your thinking into action, that is all coaching is about.

“I studied them, I saw them, I revisited the match they played against us.

“I saw that we gave them enough space to operate because they are full of techniques.

“So we tried something called track it and getting free.Track them, get free and play.

“We denied them the space for them to maneuver.

“But you can’t deny it the whole ninety minutes.

“So today you see we ran more and chasing them more.

“So that is what I saw and then we planned against that.

“Because as a matter of fact when you are coaching an African team, the mentality is not like the Europeans.

“So tactically and psychologically, the attitude was different.

“We were more determined to win than them.

“Even though they are here to win but because of the previous result, I didn’t want them to slap me twice.

“So we came in to tract them and stop them from playing.” Karim Zito said.

Ghana is the only African country to win a FIFA World Cup at that level in 2009 in Egypt.