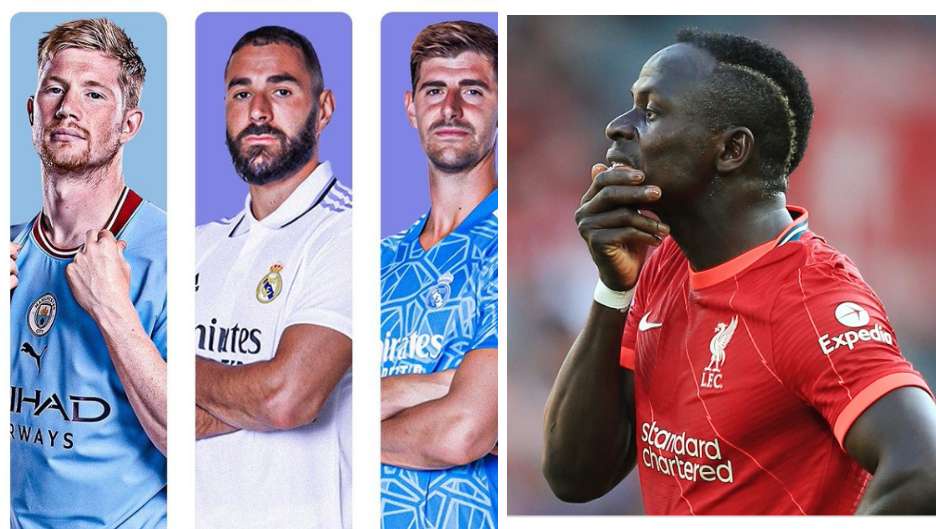 There is massive reactions on social media following the announcement of the three players who made the shortlist of the 2021/22 UEFA Men’s Player of the Year award.

UEFA initially announced 20 players for the award and later reduced it to three players to compete for the prestigious award. Two Real Madrid Players (Karim Benzema and Thibaut Courtois) made the list together with Manchester City player star man in the person of Kelvin De Bryne.

Moment after UEFA announced or shortlisted the three players to compete for the 2021/22 UEFA Men’s Player of the Year award, football fanatics took to social media to express their perspective over the three players who made the podium.

Many football fanatics believe UEFA has not been fair to some players especially Sadio Mane and Mohammed Salah. Sadio Mane in particular did well in the 2021/2022 season. The former Liverpool star helped to win the 2022 Africa Cup of nation for Senegal which is the first time in their history. The current Bayern Munich player Mane also won the Africa Cup Men's player, he also helped Liverpool to win the EFA cup. He also reached the champions league final with Liverpool and missed the EPL trophy with just a point to Manchester City. Upon having fantastic season, Sadio Mane was overlooked by UEFA. It is very surprising his name was not part of the top three players who made the podium for the award.

Some Netizens also believe, the award will be easily won by Karim Benzema by virtue of his exceptional form and the records he set and broke last season.

See some of the comments made by Netizens over the nomination of Karim Benzema, Kelvin  De Bryne and Thibaut Courtois as the top three players to compete for the prestigious award. 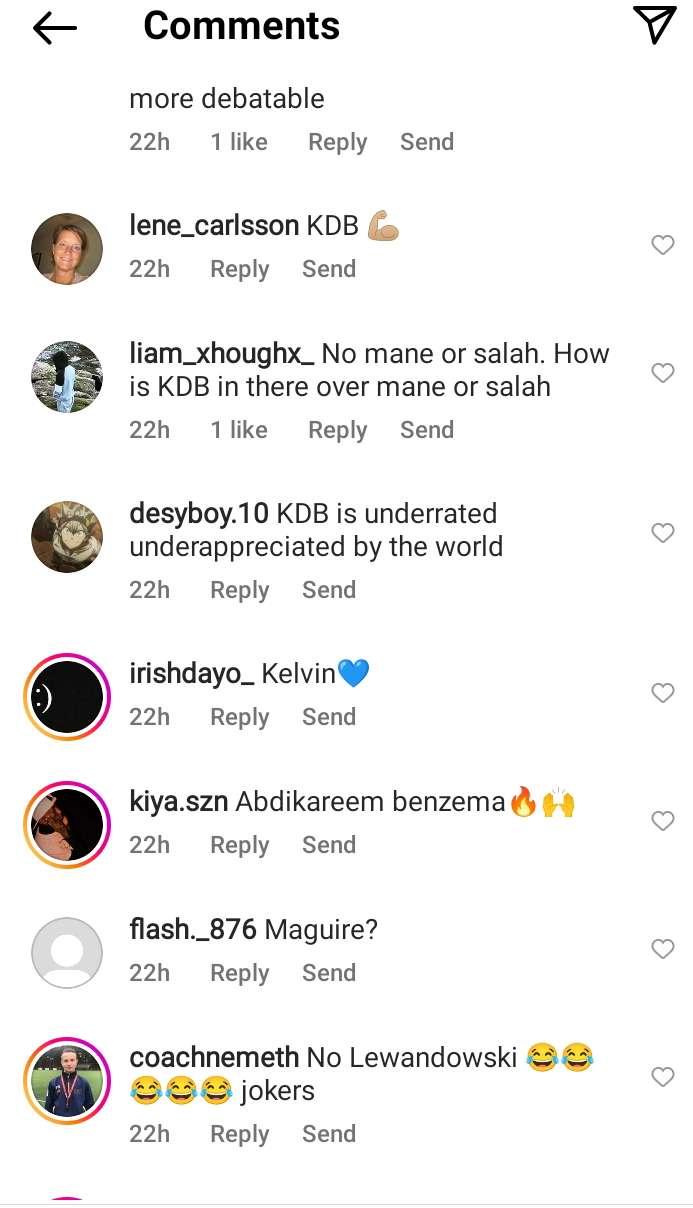 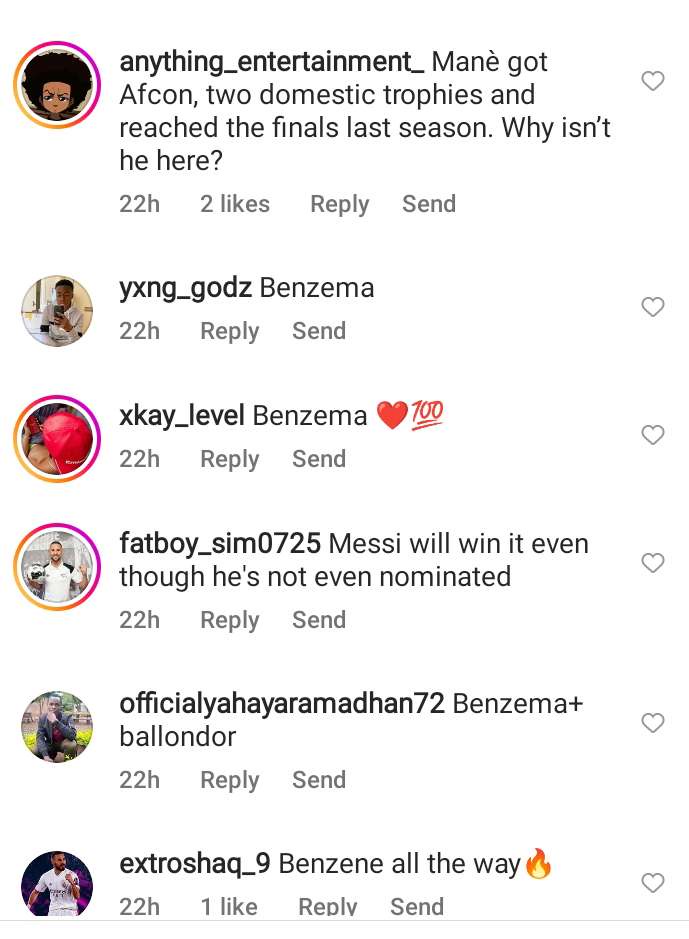 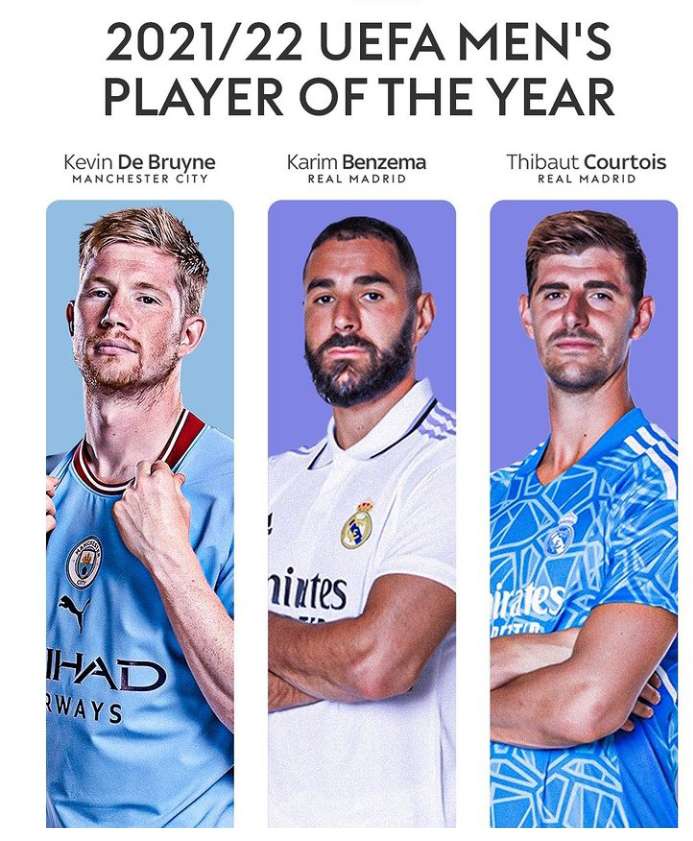 According to UEFA, The award winner will be announced at the 2022/23 UEFA Champions League group stage draw ceremony, which will take place on Thursday 25 August at the Haliç Congress Center in Istanbul.

UEFA also shortlisted three Coaches to compete for the 2021/22 season with the UEFA Men’s Coach of the Year award. 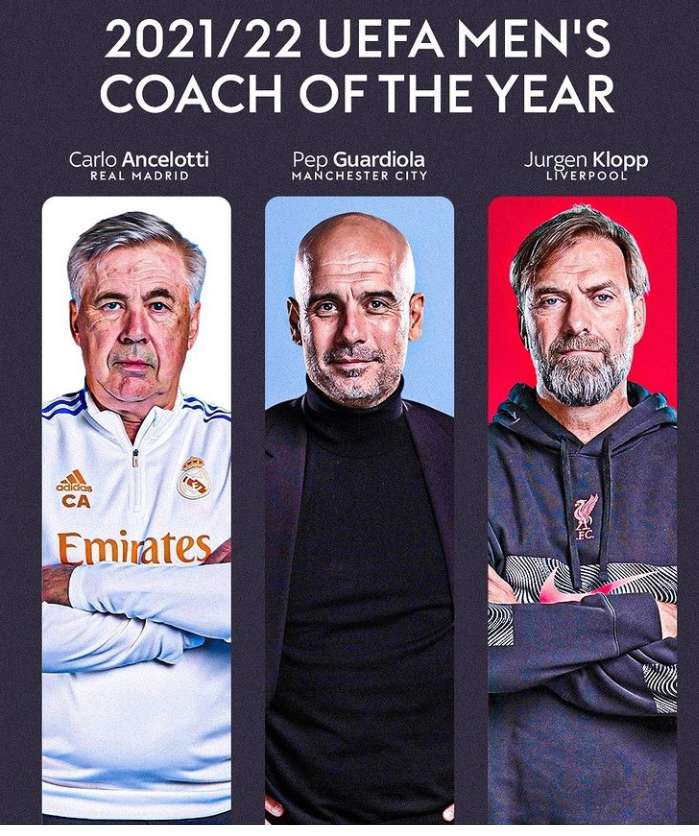 Real Madrid’s Karim Benzema who enjoyed a fantastic 2022 season is the favorite among the restto win the UEFA 2021/2022 men's footballer of the year award. He is also favorite to win the Balondor.

After winning the UEFA Nations League with France back in October, Benzema then added another Supercopa de Espana, La Liga and Champions League to his CV last season. The striker played an integral role in that success and was in the best goalscoring form of his career throughout the 2021-22 season.

Benzema registered 44 goals and 15 assists in 46 appearances in all competitions for Real Madrid in 2021-22 season and averaged a direct goal contribution every 66.42 minutes.

Karim Benzema became only the fourth player to score in both legs of the quarter-final and semi-final in a single Champions League campaign after Fernando Morientes, Neymar and Edin Dzeko.