Accra Hearts of Oak's CAF Confederation Cup game with AS Real Bamako of Mali, is set to be shown live on television worldwide this weekend.

The Phobians will host Real Bamako in a second preliminary round second leg encounter at the Accra Sports Stadium on Sunday.

Kick-off time for this meeting, has been fixed at 3:00pm local time in the Ghanaian capital , and would be broadcast live on Ghana television channel GTV Sports+.

Real Bamako, lead 3-0 from the first leg encounter played in the Malian capital last Saturday, and they will look to seal qualification to the next round of the campaign on an aggregate win over the two legs. 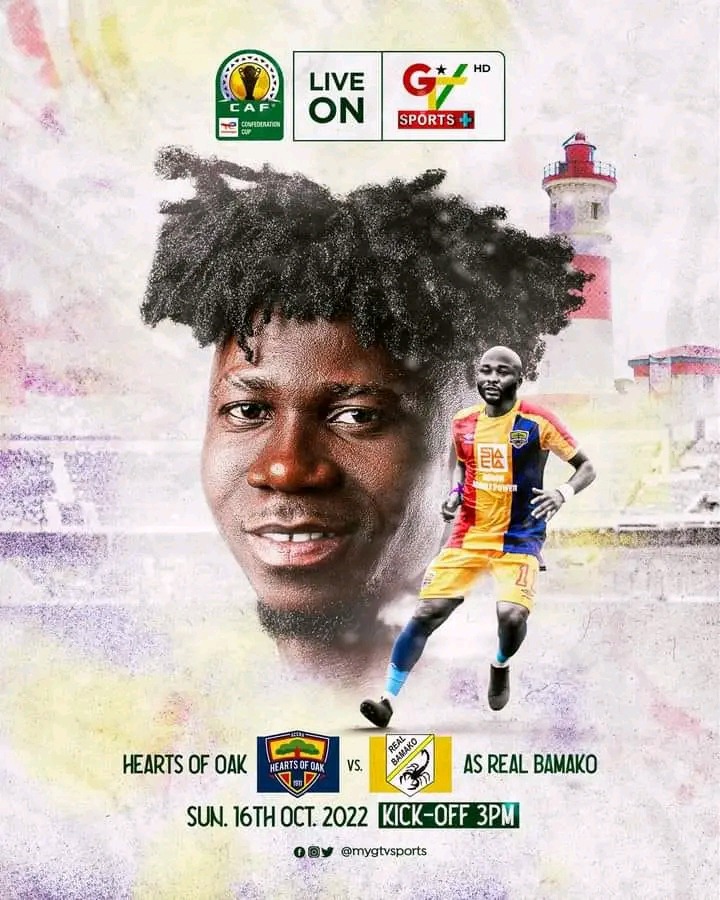 Accra Hearts of Oak will be seeking to overturn the first leg result to advance ahead of their Malian opposition.

Acting coach David Ocloo has named a strong 20-man Hearts of Oak squad for this encounter as they chase qualification ahead of Real Bamako on Sunday.

The gaffer has reportedly dropped Eric Ofori Antwi from the squad for this game after the goalkeeper conceded three goals in the first leg encounter.

Also dropped from the squad is Central African Republic striker Yassan Ouatching, who has failed to live up to expectation since joining the Phobians at the start of the season.

Coach Ocloo will count on those available for selection in an attempt to overcome the Malians who hold the advantage going into this weekend's game.

Real Bamako are expected to arrive in Ghana later on Friday for the game.

Hearts of Oak, have promised their fans of a win and qualification on Sunday, and they have asked them to turn up in their numbers at the stadium to witness history.