Social media activist, Kalyjay gets rival fans talking with a photo he took with Chelsea superstar.

By Yugi_Ita (self meida writer) | 8 days

Social media activist, Joshua Boye-Doe aka Kalyjay has taken to Twitter to share a photo of himself with Chelsea superstar, Callum Hudson Odoi. If you've forgotten who Kalyjay is, for starters he initiated the fix the country trend on social media via Twitter some weeks ago that made serious headlines in the country. However, following Chelsea's successful campaign in the UEFA Champions League, Hudson Odoi arrived in the country a few days ago. Kalyjay, who happens to be a die-hard Chelsea fan took to Twitter to share a photo he took with the superstar. 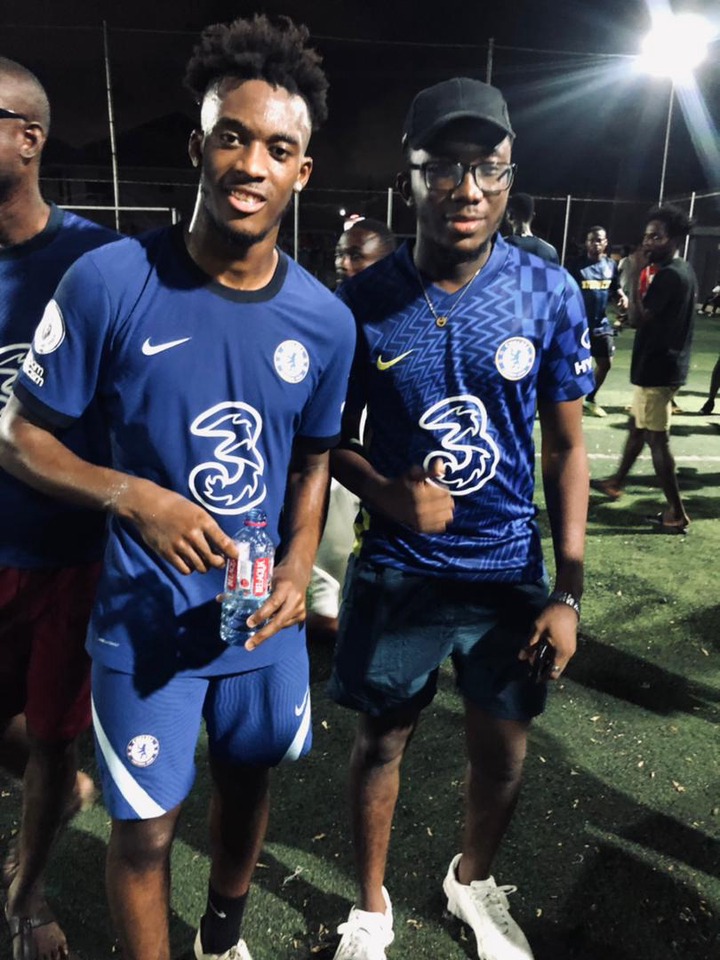 The picture has generated a lot of reaction from Ghanaians on Twitter, especially from rival fans. In the photo, Kalyjay is seen wearing Chelsea's jersey for the upcoming English Premier League season alongside Callum Hudson Odoi. Ghanaians on the platform trooped in to comment on his photo with the superstar, but one user who goes by the name Asante Clement wasn't impressed with Kalyjay's photo with the footballer, commenting that he forced Hudson Odoi to take a photo with him.

However, another user also took a subtle swipe at the activist for being too clingy with the Chelsea superstar. Although it seems that rival fans are those criticizing the photo, following Chelsea's impressive run of form in the Champions League. So what do you think about the photo, was Kalyjay being too clingy with Hudson Odoi in the photo or it is just pain talking by rival fans. Check out how netizens reacted to the photo. 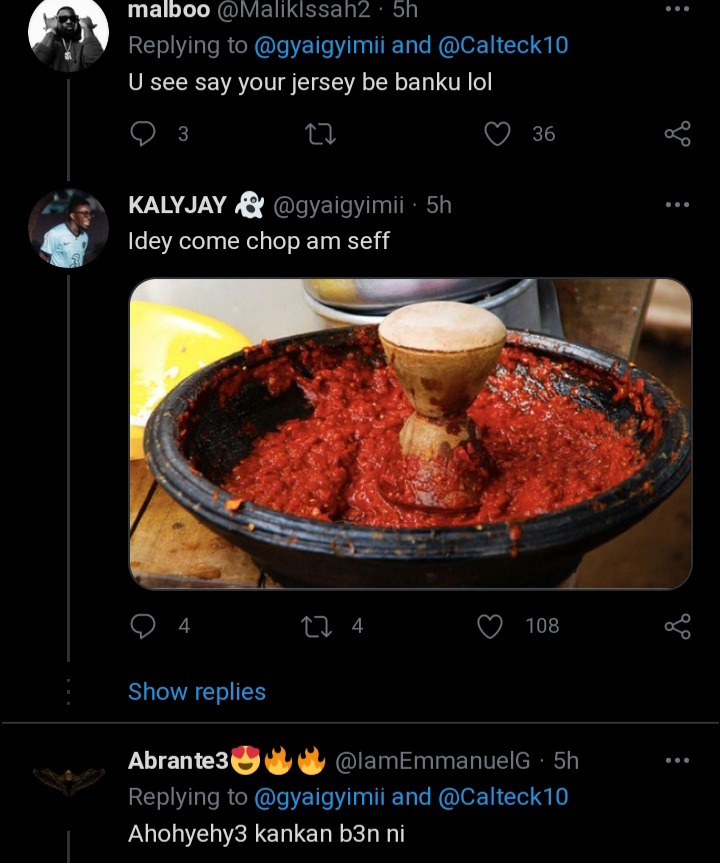 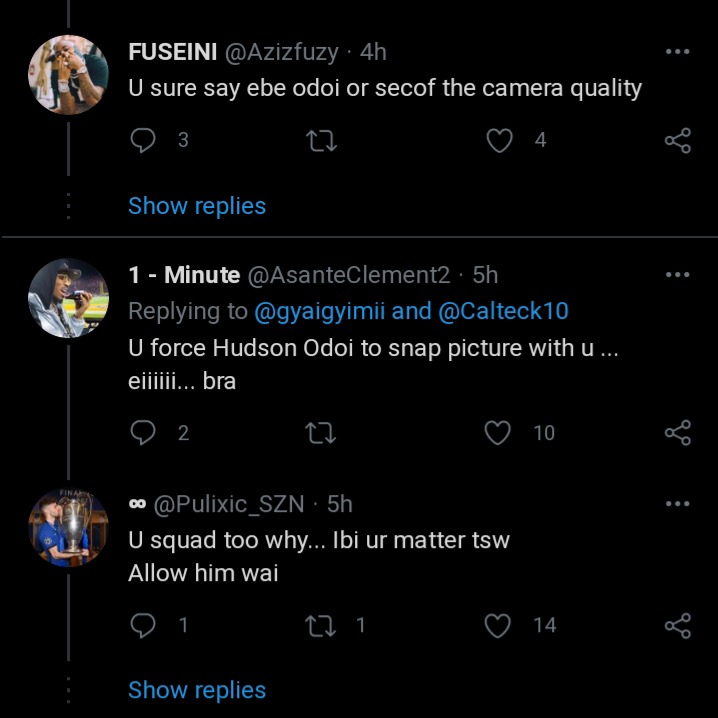 Content created and supplied by: Yugi_Ita (via Opera News )