Phobia Will now concentrate on winning the league title in 2022/23, according to captain Fatawu

By ManagerNK2 (self media writer) | 2 months ago 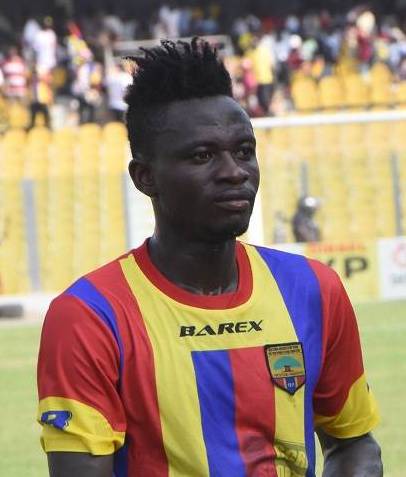 The captain of Accra Hearts of Oak, Fatawu Mohammed, has stated that the team's goal of defending the Ghana Premier League (GPL) title is out of reach, and that the team will instead focus on the 2022/23 season.

Hearts of Oak, one of the country's most prestigious clubs, has 36 points out of a possible 72 after 24 games and is now sixth in the league rankings.

Fatawu, who led Hearts of Oak to three trophies last season, including the MTN FA Cup, told GNA Sports that their chances of retaining the title had been shattered.

"The points difference between us and the top team is considerable," he said, "but anything can happen in football."

While Hearts are in sixth place in the league table, Asante Kotoko are in first place with 52 points, 16 more than their opponents.

"For the time being, the GPL title is out of sight." The margin in points between us and the squad at the top is 16 points, so it would be difficult.We must win all of our games in order for the top teams to lose some. "We won't be able to defend the title this season, but we'll work hard next season to reclaim it," Fatawu added.

On Sunday, Phobia will host Elmina Sharks in the GPL's matchday 25.

VAR To Be Used In Cameroon League Per Reports, Is Ghana Football Going For VAR Next Season?