By Jerry'sUpdates (self media writer) | 3 months ago 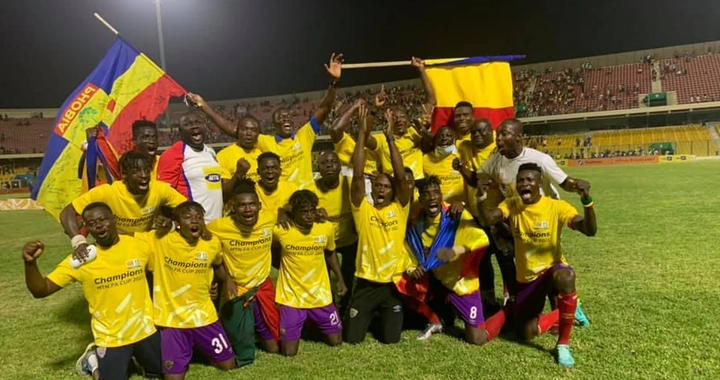 On Sunday at the Accra Sports stadium, Hearts of Oak rounded up the league and cup double championship, after beating AshantiGold 8-7 on penalties in the final of the 2020/21 MTN FA Cup. Actually, the game ended goalless in regular time since both teams failed to seize chances on their chances created. Here are some key points your should know.

The Phobian Goalkeeper, Richard Attah is the hero of the season. 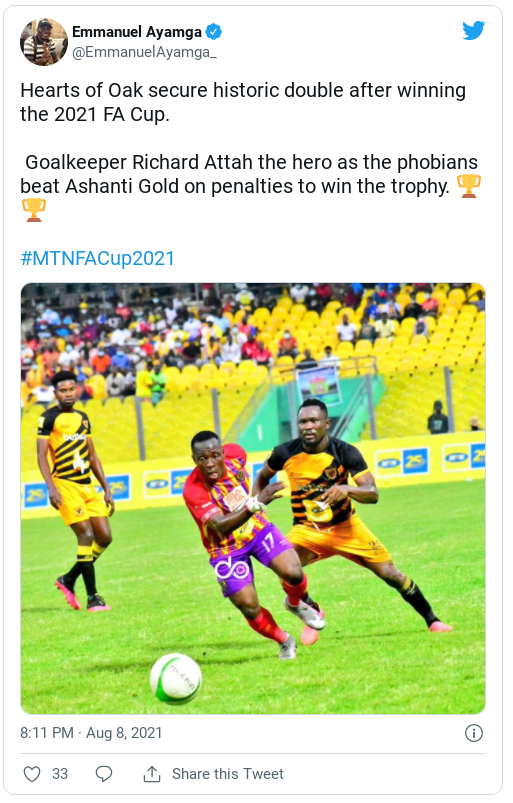 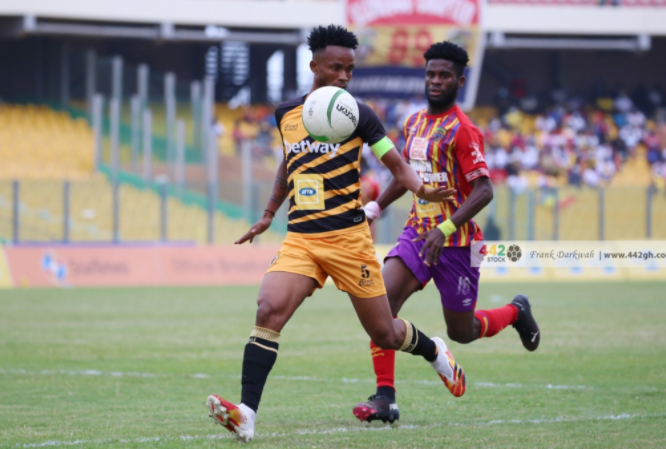 However, both teams scored their fourth kick and, Daniel Barnieh had chances to win the title for the Phobians but his effort was saved and as a matter of fact, the two teams scored their next kicks as Benjamin Afutu and Seth Osei missed the 10th spot-kick, Kofi Mensah of AshantiGold missed the target.

Key player, Samuel Boadu was appointed halfway throughout the season, his goal to resurrect the Phobians. He set a target of winning everything in sight. Boadu managed to move his team from midtable to champions in just four months, making room for Hearts of Oak. 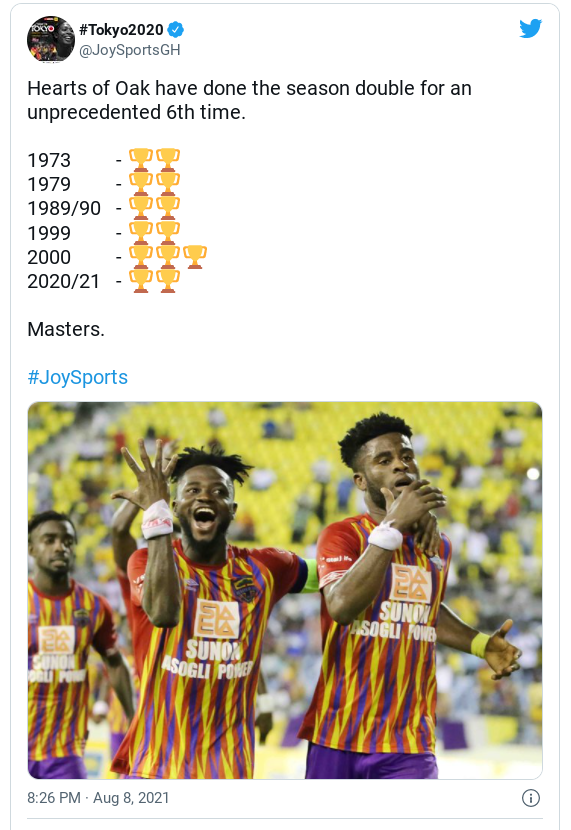 During this season, the Phobians have won the MTN FA Cup 11 times – more than any other club.

The last time they got this far was in 2000 when they went on to win a continental treble.

Once again, the Accra-based club is showing dominance in the competition throughout the tournament. This is to say, Hearts of Oak have now won completed the league and cup double on six different occasions.

Content created and supplied by: Jerry'sUpdates (via Opera News )