Lukaku levitates to the top? 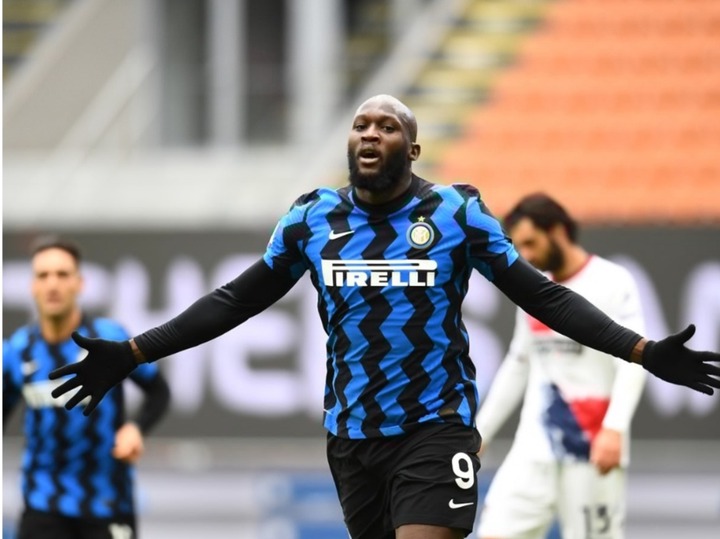 Harry Kane is the flavour of the month in May, with the English striker reportedly and seemingly finally ready to leave London rivals, Tottenham Hotspur in the pursuit of trophies. Rumours of Erling Haaland’s imminent departure from Borussia Dortmund have eased with their qualification to participate in next year’s UEFA Champions League now confirmed, so I guess that leaves only one man.

Many have spoken on the fact Inter Milan are in financial difficulty, with reports confirming the club had asked their playing staff to part with two months wages in order to ease the financial discrepancy within the club. Much has also been made of Antonio Conte’s willingness to leave the club if he isn’t granted sufficient financial backing to improve the squad this coming summer. Season this with the fact Conte and Lukaku have a very strong bond and how happy Lukaku is playing under Conte, resulting in the club’s first Scudetto since the 2009/10 season.

With all this, plus the recently broken news that Inter’s owners Suning have officially agreed a €275 million deal with Oaktree Capital Management to ease the club’s financial woes, now it seems difficult to imagine Lukaku leaving right?

I have been told today by a good source of mine that Chelsea FC are now “focusing their attention further toward to the signing of Romelu Lukaku. They see an opportunity in the current market to strike a sufficient deal for all parties.”

What does this mean? When pushed for clarification, I was told Chelsea believe they can tempt Inter Milan into a deal around the £80-100m mark, far less than the original £150-200m figure which was reported when links first arose. With that said, this deal becomes a lot more attractive than a £200m pursuit of Erling Haaland or Harry Kane, who will cost more than Lukaku in this current market and at this time.

It is increasingly unlikely Chelsea will have a chance of landing Erling Haaland this summer, with Dortmund’s UCL qualification confirmed, plus Chelsea believe this summer is the time to pounce for a marquee forward signing. Daniel Levy is extremely unlikely to sell Kane to a London rival (Remember the Modric saga?), so Lukaku suddenly becomes more feasible.

With that said, it is still early days on the transfer table, with Chelsea yet to fully secure UCL qualification, and the small matter of the Champions League final on May 29th to attend to. Once these games are addressed, Tuchel and the club will sit down, probably sign a new contract there and then, then begin discussions on their summer recruitment plans, where things will heat up.

In conclusion, I have been told as of now, Romelu Lukaku has moved to the top of the pile in Chelsea’s immediate transfer targets. This certainly isn’t an easy deal to do, with all things considered. Inter do not want to sell their star man, plus renewed financial backing and Conte staying only heighten the chances he says. However, Chelsea are fans of Lukaku, are financially capable and can be very ruthless in their transfer approaches, clearly it can be done. Let’s see what the coming weeks bring in Chelsea’s pursuit of a marquee centre forward.