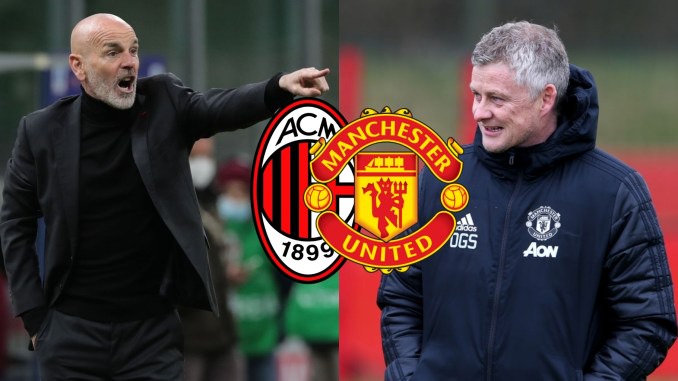 The Red Devils will get another test of power tonight when they face off with the Rossonerris at San Siro.

United watched their lead slip through their own hands when they failed to defender Amad Diallo’s super header.

With all eyes locked unto next season’s UCL campaign, Man United are keen on Europa League glory as a back up should they eventually crash from the top 4 zone.

The game tonight could see a more dangerous United side as Paul Pogba, Cavani and Van de Beek have been confirmed back to the squad.

With Cavani likely to lead the attack tonight, there is a a likelihood for a Bruno Pogba combo in the center while Beek starts from the bench.

Nemanja Matic will also be available tonight while Alex Telles will likely get a chance at the left back while Aaron Wan-Bissaka move in from the right back.

Man United could extend history with a loss tonight as they have successfully failed to advance in 6 of their 8 European competition ties they had lost their first legs.

One of these defeats came from the hand of their opponents tonight but United are in a pretty away form and could capitalize on AC Milan‘s failure to raise their clean sheet past 1 in their last 9 European competition.

Chelsea’s on loan star, Fikayo Tomori could still be a starter tonight while Milan continue to push for a permanent deal with the defender after impressing since his arrival from Stamford Bridge.