By Abdul-Jalilu (self meida writer) | 27 days 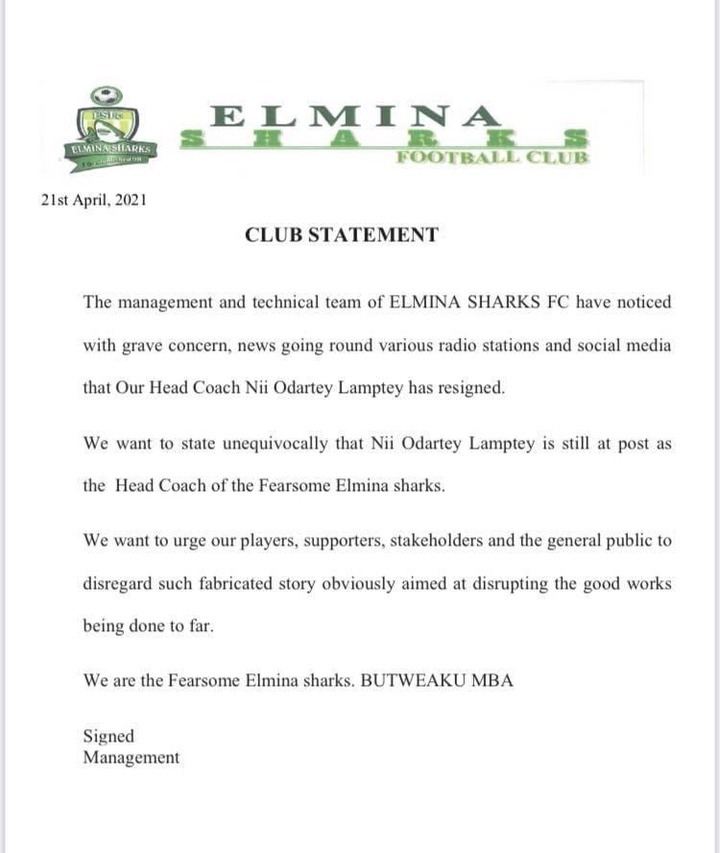 According to the Elmina based club, through an official press release, former Ghanaian International Nii Odartey Lamptey is still at post as head coach of the club.

Elmina Sharks further urged its supporters and the entire members of the club to disregard such information which is geared towards disrupting the works of the team.

“We want to urge our players, supporters, stakeholders and the general public to disregard such fabricated story obviously aimed at disrupting the good works being done so far.”

The former Black Stars player, after taking over the reigns as head coach of Elmina Sharks, has led the club in four Premier League games.

Out of those games, Nii Odartey Lamptey has won three matches and lost a game.

Elmina Sharks sit 12 on the Ghana Premier League table with 26 points out of 20 outings.

Nii Odartey Lamptey is hoping to guard the team to Premier League safety after the Current campaign.

The Elmina base team travels to Dormaa Ahenkro this weekend, to engage Aduana Stars in week 21 fixture.

Meet the most influential footballer who has served just one club for several years.