A number of the Premier League clubs, including Chelsea, Tottenham, Liverpool, and a lot of other teams, all played their first game of the new season yesterday.

At Craven Cottage, in their first game of the Premier League season, title contenders Liverpool were held to a draw by Fulham. They were forced to settle for a draw. After coming into the game in the second half, Darwin Nez played a significant part in both of Liverpool's goals as the team battled back from two deficits to clinch a 2-2 draw against Fulham. Both of Liverpool's goals came after Fulham had taken the lead.

2. A match between Tottenham and Southampton

Yesterday's match against Southampton was a great way to kick off the Premier League season for Antonio Conte's squad. They were really outstanding. Tottenham triumphed over their rivals by a score of 4-1 despite falling down early and allowing an early goal to be scored against them.

Everton proved to be a formidable opponent for Chelsea as they kicked off their season in the Premier League. Despite the fact that they made their opponents' lives tough on the field, Chelsea was unable to score a goal from open play.

Jorginho scored the game's lone goal from the penalty spot in the first half to give his team a 1-0 lead that they would never relinquish.

There were a handful of shifts made to the standings of the Premier League as a result of the games played yesterday. Tottenham moved up to take over first place, which had previously been occupied by Arsenal, until they were dethroned.

Football in the Premier League is scheduled to resume today, and it is anticipated that Manchester United and Manchester City will each play their first game in the league so far this season. 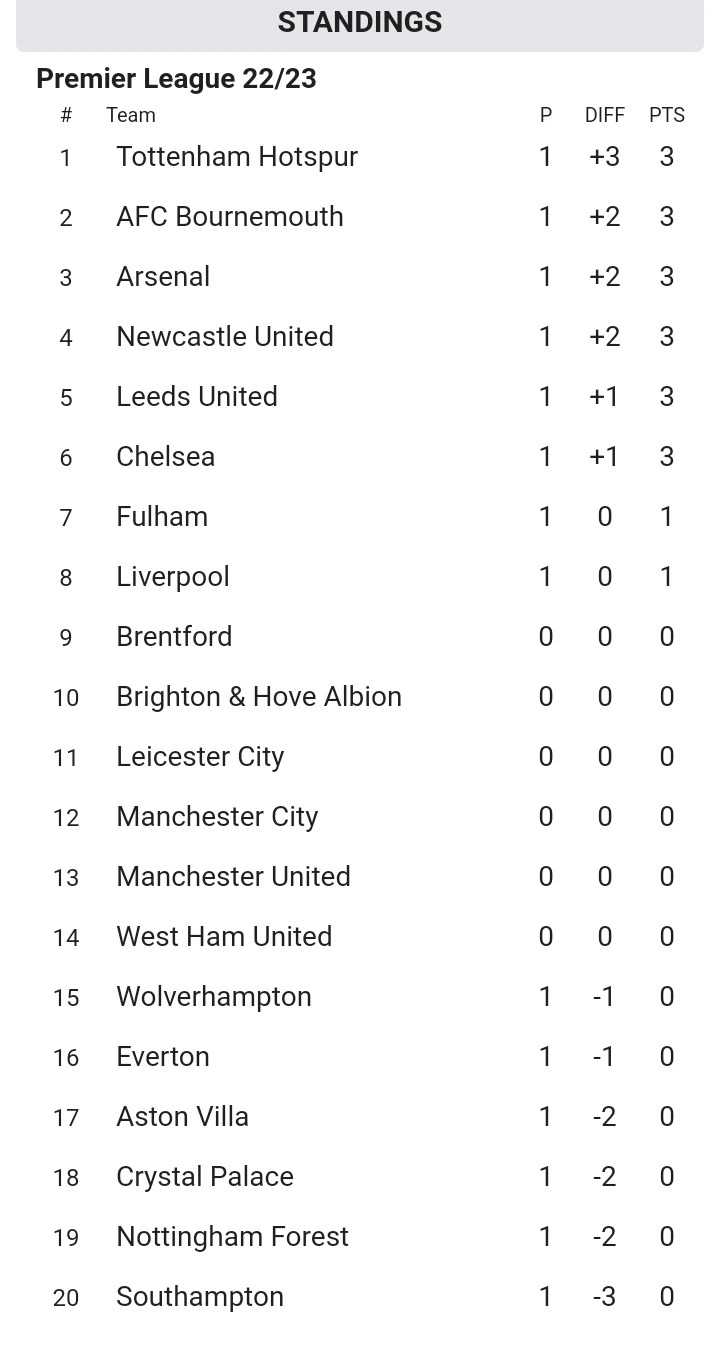