By KhaddySportz (self media writer) | 1 year ago

England is undeniably one of the favorites to win the Euro 2020 due to the massive performance of their players in Europe, most especially the English premier league.

The likes of Mason Mount, Recce James, Jack Grealish, Phil Foden, Harry Kane, Calvert-Lewin, Saka and other players can testify the fact that England are favorites for the trophy.

However Gareth Southgate dropped Manchester United player Jesse Lingard which seems to surprise many people because he performed massively well during his loan spell at West Ham United from January till the end of the season.

Jesse was involved in 13 goals in 19 matches for West Ham United scoring 9 goals and providing 4 assists. As a result of this, West Ham finished 6th on the premier league table, qualifying for the Europa League next season.

His marvelous performance led him into winning one premier league player of the month in April 2021. 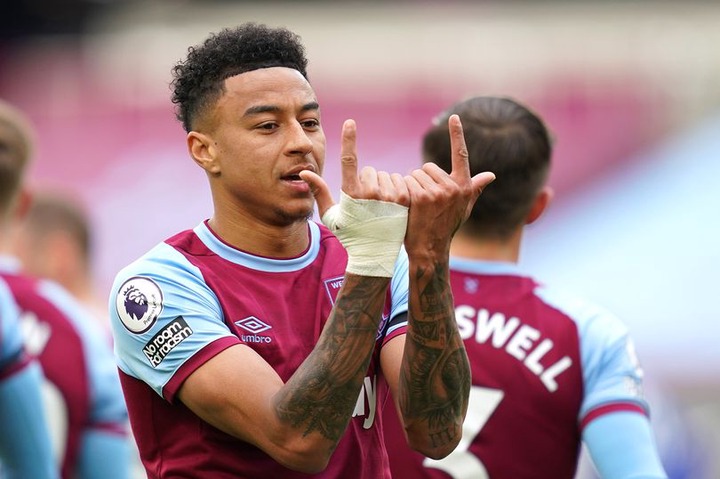 It's indeed a shock to a bone that he has been omitted from the final squad to challenge for the Euro 2020 trophy starting 11th of this month June.

However its undisputable that the players being called up will deliver a spectacular competition to other countries for the trophy.