Ansu Fati has been given the number 10 jersey after lionel Messi Left. 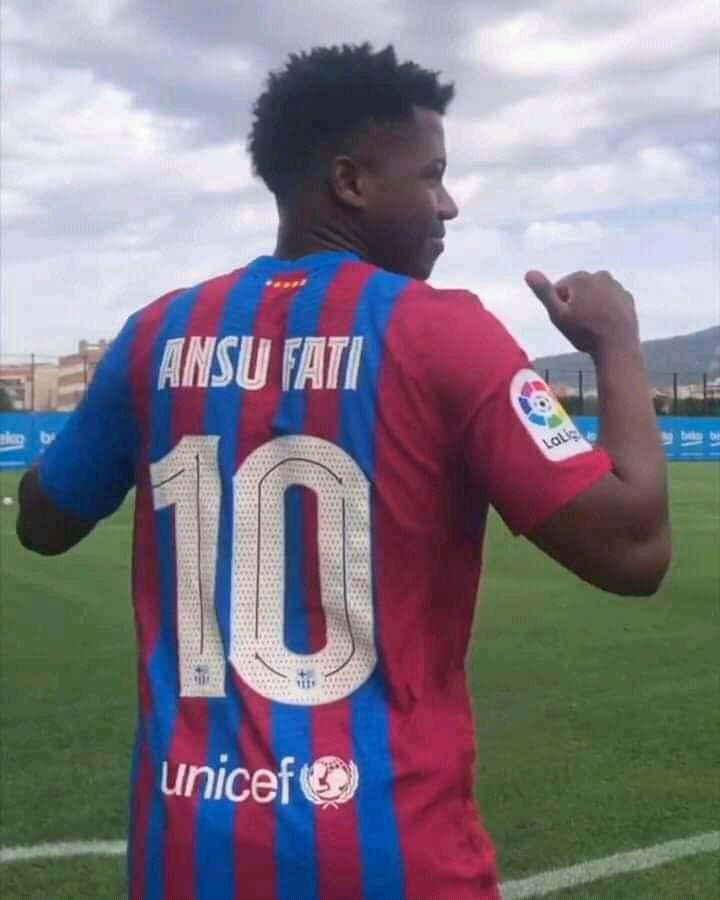 President Laporta said the number ten(10) jersey will be given to a player from La Masia no foreign player will wear the jersey after Lionel Messi left. La Masia is Barcelona's football academy so players who were promoted into the seniors are the ones who the President wants to wear the number 10jersey. Ansu Fati is one of the players who came to the senior team through La Masia and he has now been giving the number 10jersey. Philippe Coutinho, we're the player a lot of fans believe fit the number 10 jersey but the President wants la Masia player to wear that Jersey Number. 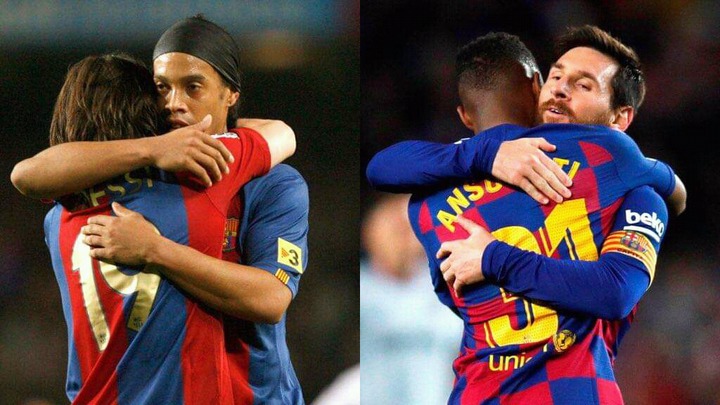 People believe he has been passed the touch because Ronaldinho passed the touch to Lionel Messi and now Lionel Messi has also passed the touch to Ansu Fati. The time has come for him to prove that he deserves to be Barcelona number 10. A lot of people were suggesting that the jersey number 10 should not be given to any player to wear for this season. Ansu Fati wearing these Jersey number 10 shows how great he is and it is time for him to prove himself and make Barcelona fans trust him because those great players who wore the jersey did something great and better for the club.

Some fans think he is not ready for the jersey number because they think he is a good player but doesn't deserve to wear the number ten(10) jersey now. They said him wearing the number 10 jersey will bring pressure on him if he doesn't perform well. Some Barcelona fans have been wishing luck and asking him to work harder to be great in the club because the number ten jersey is an iconic number in the club so anyone who wears it has to show that he deserves it. Some comments made by some fans can be seen below. 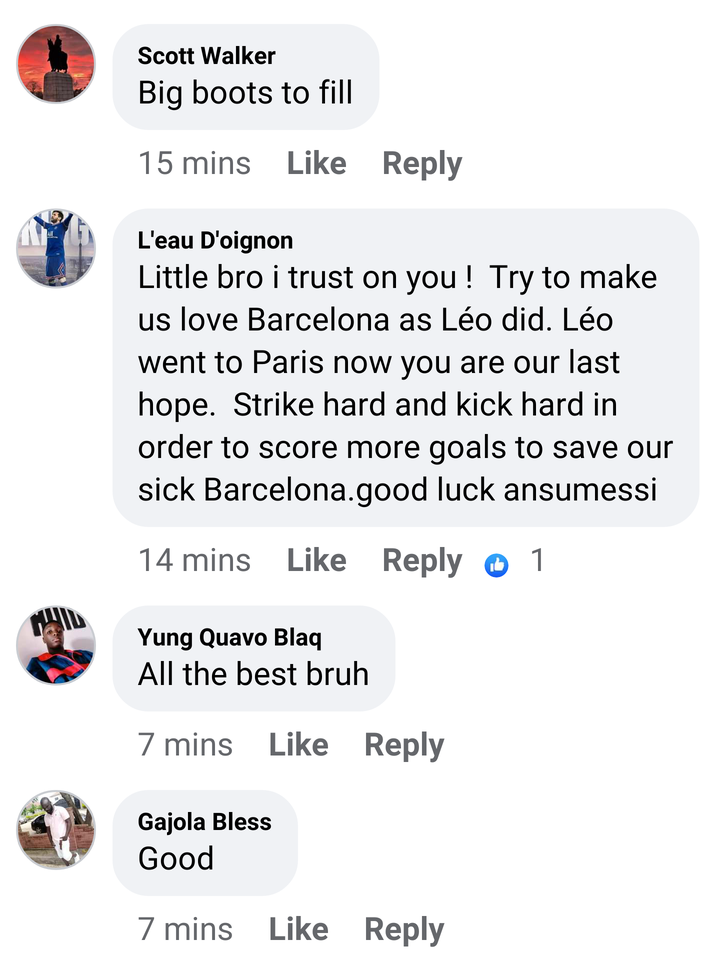