Accra Hearts of Oak coach Samuel Boadu has named a 22-man squad for Sunday's MTN FA Cup final game with Bechem United as they look to retain their crown.

The defending champions will play the Hunters on Sunday at the Baba Yara Sports Stadium, Kumasi in this contest which closes the 2021/22 football season in Ghana.

And in a bid to retain the trophy they won last season, Coach Samuel Boadu had named a strong squad for this fixture as the Phobians look to end the campaign on a high after losing their Ghana Premier League, GPL title to their arch rivals Asante Kotoko. 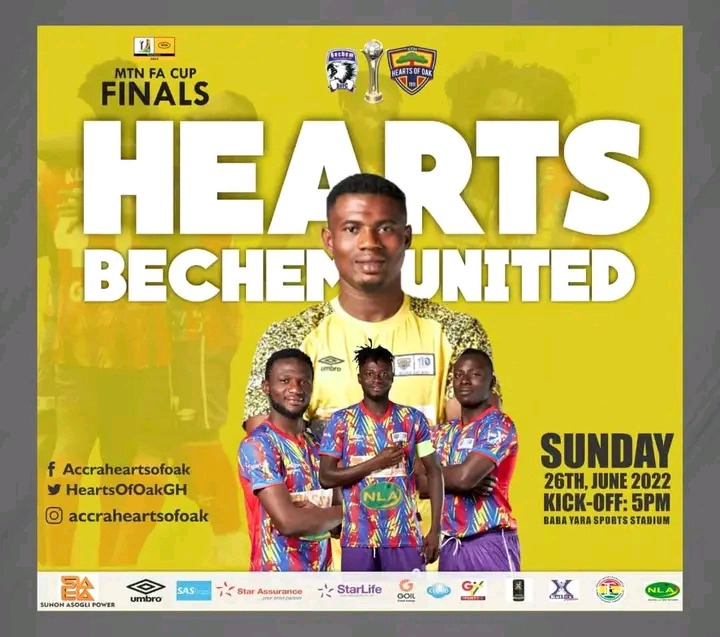 Defender Robert Addo Sowah returns to the squad after recovering from injury with striker Kofi Kordzi and forward Patrick Razak also named in the squad.

Former Ghana international Sulley Muntari was conspicuously missing from the list sighted by this reporter as the Phobians moved to camp.

Hearts of Oak has lost their last four games, but, they will look to make amends with victory in this fixture to end their worries.

The winner of this knock out contest will represent Ghana in the CAF Confederation Cup competition next season and, both Hearts of Oak and Bechem United will go for it.