By MrMiles (self media writer) | 1 month ago

Former Nigeria captain John Mikel Obi has spoken out about how Essien aided him during his time at Chelsea.

Essien, according to Mikel Obi, helped him gain confidence.

Mikel Obi and Michael Essien were two of Chelsea's most successful players.

John Obi Mikel, a former Nigerian and Chelsea midfielder, has said that ex-Ghana international Michael Essien was a significant figure in his time with the Blues.

Between 2006 and 2014, Essien and Mikel Obi were teammates at Chelsea, where they were both successful and helped the club win many trophies.

Mikel Obi told how Essien helped him gain confidence at the London club in an interview with The Athletic. 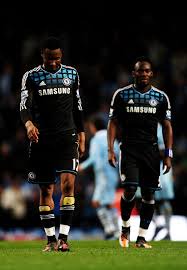 Essien was like a big brother to Mikel Obi, whose start to life at Chelsea was a bit slow as he struggled to break into the first team.

But the Ghana international, who had established himself at the club, played the big brother role to Mikel Obi.

The Nigerian grew in confidence and later became a key member of the team, starring in the UEFA Champions League winning season of 2012. 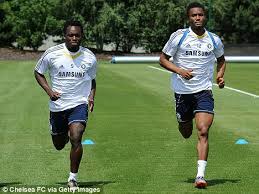 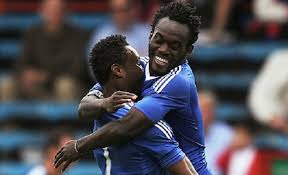 Mikel Obi made 249 appearances for the Blues, scoring just a goal with Ghana's Michael Essien, playing 187 times for Chelsea and scoring 17 goals.

Meanwhile, Michael Essien has retired from football and now works as an assistant manager for FC Nordsjaelland of the Danish Superliga.

Content created and supplied by: MrMiles (via Opera News )

They Are Older Than Their Ages? Seven (7) Starlets Players Fail MRI Test In Latest Scan.