Don't let anyone confuse you, Hearts of Oak have won double and not treble - Alhassan Zakito opines

Samuel Boadu once again led Accra Hearts of Oak to another glory as they went ahead to win their second trophy of the season. The Phobians locked horns with Obuasi Ashanti Gold in the MTN FA CUP finals at the Accra Sports stadium, and after a stalemate at the end of 90 minutes, the game went into extra time and proceeded to penalty shootouts. Daniel Barnieh, Benjamin Afutu and Caleb Amankwah who were perceived to be the reliable penalty takers all missed their kicks, however the heroics of Hearts of Oak goalkeeper, Richard Attah and wasteful kick from Ashanti Gold goalkeeper, Kofi Mensah saw the penalty shootouts end 8-7 in favour of Hearts of Oak. 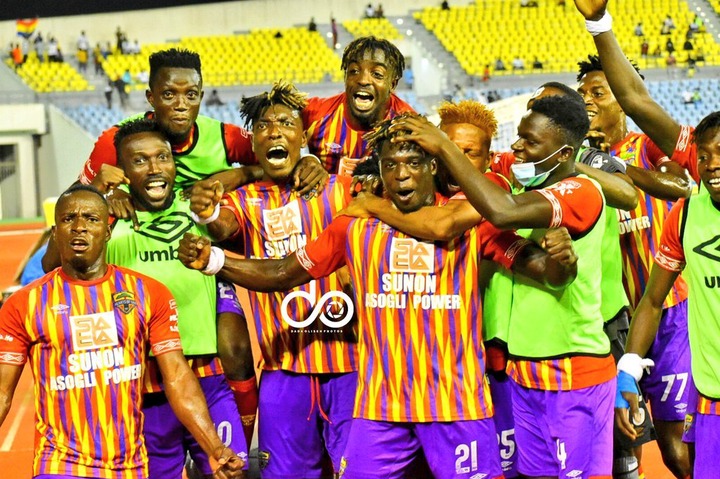 Their FA CUP final triumph meant they were set to face the winners of the Ghana premier league in the Super cup, nonetheless since they were the eventual winners of the premier league, the Super league honour was automatically bestowed on them. Meanwhile the assertion by many that, Hearts of Oak have completed a treble because of the three honours has been quashed by another section of fans, who believe the school of thought that, the Super cup isn't a major trophy therefore the Phobians have completed a double instead.

Renowned sports analyst, Alhassan Saeed Zakito sides with that School of thought and believes the league title, the FA Cup and a continental title counts as the treble and not the Super cup. "Hearts have done extremely well this season, but don't allow anyone to confuse you, they've won double and not treble", he said. 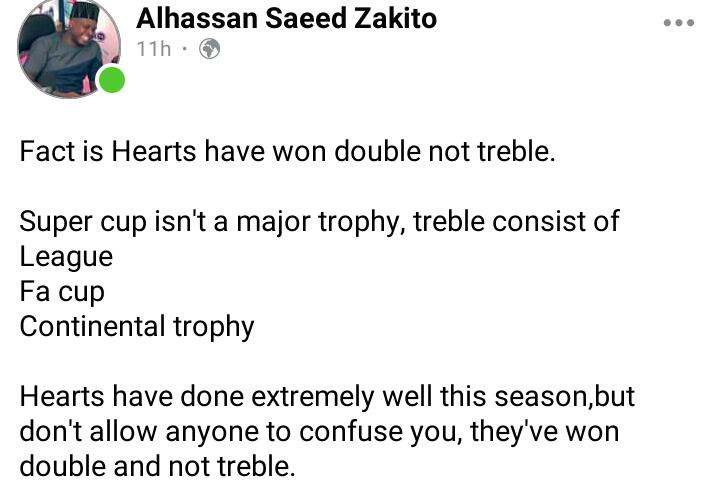 Alhassan Zakito's opinion is tantamount to the explanation of treble and double in Europe. In European football, one-off tie matches like the Super cup is not considered in treble or double therefore it can be concluded that, the Phobians have a double.