By Anonymous😎 (self media writer) | 1 year ago

🚨 #Willian 🇧🇷 may have played his last game for Arsenal – with the #Brazilian winger understood to be keen on a return to Stamford Bridge. 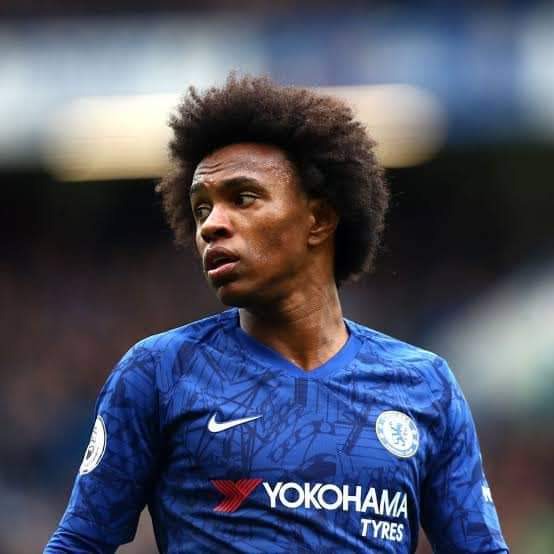 #Barcelona are making serious moves in the free agent market this summer: 👇

(☀️) #Barça have already signed Eric Garcia 🇪🇸 and Sergio Agüero 🇦🇷 as free agents, they’re working on Depay 🇳🇱 and Wijnaldum 🇳🇱 is expected to be the next one. 👀✅

📝 DEAL DONE: #Hansi_Flick has been announced as Germany's next head coach following EURO2020. 😍

📝 DEAL DONE: #LukaModrić has signed a new one-year contract at Real Madrid until 2022. ✅

#Mike_Maignan has passed his medical at AC Milan. The €15M move from #Lille will be made official today. He will sign a contract until June 2026 worth €2.8M/year. 😱

#ZinedineZidane will leave Real Madrid this summer. It will be made official next week and he will be replaced by Massimiliano Allegri.

(🌤) #Giroud 🇫🇷 will find a new club this summer and Milan are already looking into a potential agreement. It is believed Giroud would like a two-year contract and Milan’s qualification for next season’s Champions League makes them a strong option. 👀

(🌤) #Chelsea are willing to let Callum Hudson-Odoi 🏴󠁧󠁢󠁥󠁮󠁧󠁿 leave this summer and Borussia Dortmund could open up as a potential destination. 🙅‍♂️

(🌤) #Dortmund are looking at potential new attacking options in light of the fact Jadon Sancho 🏴󠁧󠁢󠁥󠁮󠁧󠁿 will be allowed to leave this summer, with Manchester United in the driving seat to sign him. 👀

(☀️) #Wijnaldum 🇳🇱 priority is to sign with Barça as soon as possible. His agent met with Barça directors today in Barcelona. Bayern and PSG are interested too but there’s no agreement with other clubs as Wijnaldum priority is joining Barça. 🤩

(☀️) #Everton and #Tottenham are keen on signing Wilfried Zaha 🇨🇮 this summer. Crystal Palace will, however, fight hard to keep their star man, with big changes set to take place at Selhurst Park following the departure of manager Roy Hodgson. 😳

🎙 #AntonioRüdiger 🇩🇪 on his future: "After the European Championships, we can talk.” 👀

🎙#Gattuso 🇮🇹: "Coaching #Napoli was wonderful: an intense and precious year and a half, an experience that I will carry in my heart for a long time. I thank the players, the staff of the club, all the employees, the president De Laurentiis who gave me this opportunity." 💙

(☀️) Roberto #DeZerbi 🇮🇹 is in Kiev to sign with Shakhtar Donetsk. ✍️

(☀️) Everything has been agreed between #AtléticoMadrid and #MarcosLlorente 🇪🇸 who will extend at Atlético Madrid. Right now he has a contract until 2024. Official in the coming weeks. ✅

(☀️) #Camavinga 🇫🇷 has told Rennes that he does not want to extend his contract. Camavinga wants to go to PSG. The 2 clubs have already discussed together. Stade Rennais wants €100M. 🚨🙆‍♀️🙆‍♂️

(☀️) #Liverpool_FC has not activated the €23m release clause for Ozan #Kabak 🇹🇷. A permanente deal with Liverpool is unlikely. Kabak is targeted by RB Leipzig and Leicester City. Schalke urgently need to sell him this summer. 👀

Mike now begins with medicals, then he will go to the Milan headquarters to meet the management and sign for 5 years.

Former Benfica manager #Bruno_Lage has flown to London for talks with Wolves as they look to replace Nuno Espírito Santo.

Content created and supplied by: Anonymous😎 (via Opera News )