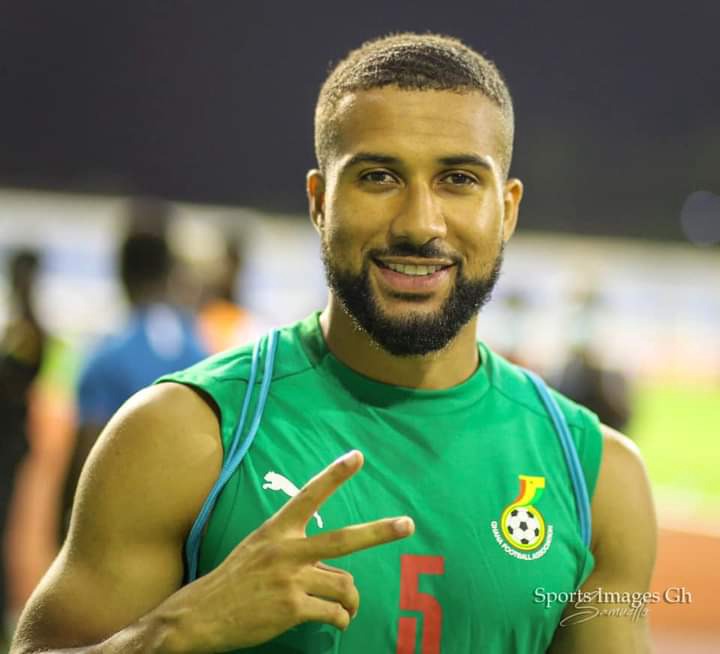 German-Ghanaian professional footballer Daniel Kofi Kyereh is beginning to enjoy his stint with the Senior National team. The forward has been invited for World Cup qualifier against Ethiopia in Cape Coast.

The physical appearance of Daniel Kofi Kyereh has courted attention on all social media platforms, as many label him the ‘New Boy’ the ‘darling boy’ amongst others. Some have compared his charm and good looks to that of late Black Stars striker Junior Agogo. Junior Agogo emerged the ‘people’s favorite’ during the 2008 Africa Cup of Nations hosted in Ghana. Agogo pulled the numbers for Black Stars because of his good looks. He managed to score some goals for Ghana in the tournament which exponentially increased his fan base in Ghana and beyond. 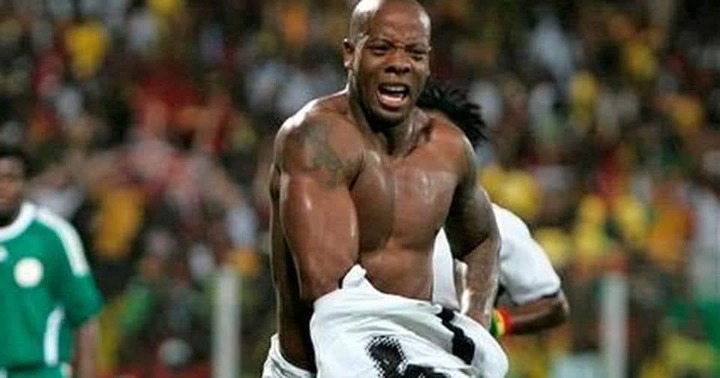 Others see him to resemble Black Stars players Kevin Prince Boateng and Adam Kwarasey. They were foreign based but had a stint with the National team.

Whilst comparing the physical appearance of Daniel Kofi Kyereh to that of the late Agogo, Kevin Prince Boateng and Adam Kwarasey, some Ghanaians have cautioned the former to be on alert and fight for his career. Divergent views were put forth for Daniel Kofi Kyereh.

Some admonished him to take lessons from how Junior Agogo was not called up into Black Stars later in his career.

“This hype reminds me of Jnr Agogo. May his soul rip. They will hype you Ana later insult you. We wish him well.”

“This reminds me of the likes of Kevin Prince Boateng, Adams Kwarasey, Jnr Agogo and the rest. Hope you find peace and remain. Wish you well.”

“We beg we beg, after the match go back intact ask Agogo May his soul Rest In Peace.”

“All the fine boys didn’t succeed in the national team, men like late Agogo Jnr, Adams Kwarasey, Kwesi Appiah and my senior most Kevin Prince Boateng as a matter of fact they are all fair as well but I wish you all the best anyways.”

Some also believe there may be attempts to cause setbacks in his career.

“Whew did they get him from hmmmm. Hope they treat him well and not like what they did to Adam Kurasey ooooooooo and Junior Agogo. They even made his inability to speak twi and understand it better an issue. Hmmmmm Ghanafo).”