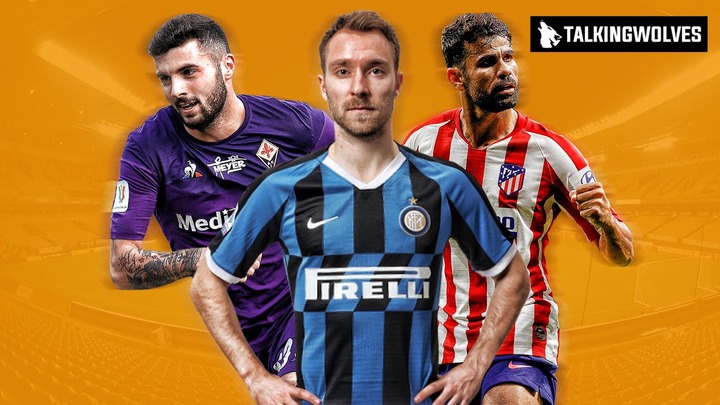 These football stars has encountered a lot in their careers which they nearly quit from playing football. But life is full of beautiful struggles, one must not give up his/her dreams of becoming whatever you wished to be.

DALEY BLIND - he was close to quite football after suffering from heart attack.

COMAN - back in 2018, he had a very difficult year, it was the end of the world for him as he was considering early retirement incase of another foot injury.

DOUGLAS COSTA - he considered quitting football as things got so bad at one stage that he was undergoing more scans than playing games.

CHRISTIAN ERIKSEN - he may have to retire from football after suffering cardiac arrest.

INSIGNE - They used to say he had some talent, but was too short, at one point he wanted to quit football as all the scouts told him the same thing.

JIMENEZ - the doctors told him it was a miracle that he survived the skull fracture as he thought about quitting football.

NGOLO KANTE - he is a trained accountant and he worked towards the qualification because, he wasn't sure that he would make it as a professional footballer.

BENJAMIN MENDY - one day he was playing football on the street and he pushed the ball a little too far ahead of him. He ran to get it, and he got hit by a car.

EDOUARD MENDY - seven years ago, he was unemployed, lining up at a local job centre and was ready to quit football.

GERALD PIQUE - back in 2014, he nearly quit football as he didn't have any passion for the game.

RICHARLISON - he don't have enough fingers on his two hands to count the number of clubs rejected him. He was on the point of quitting football.

ROBERTSON - during his Celtic days he nearly quit football to work in a supermarket for a very small amount of money.

JAMIE VARDY - back in 2011, at the age of 25 he was struggling so bad that he nearly quit football and move to Ibiza to become a rep.

BACCA - he suffered financial difficulties as he was forced to work to help his father.

DIEGO COSTA - he nearly quit football before joining Braga in Portugal in 2006 at the age of 17 by then.

KLOSE - lack of time since he was working as a carpenter.

MEUNIER - lack of time since he was working as a mailman then a salesman in a car dealership.