By Gamma (self media writer) | 1 year ago 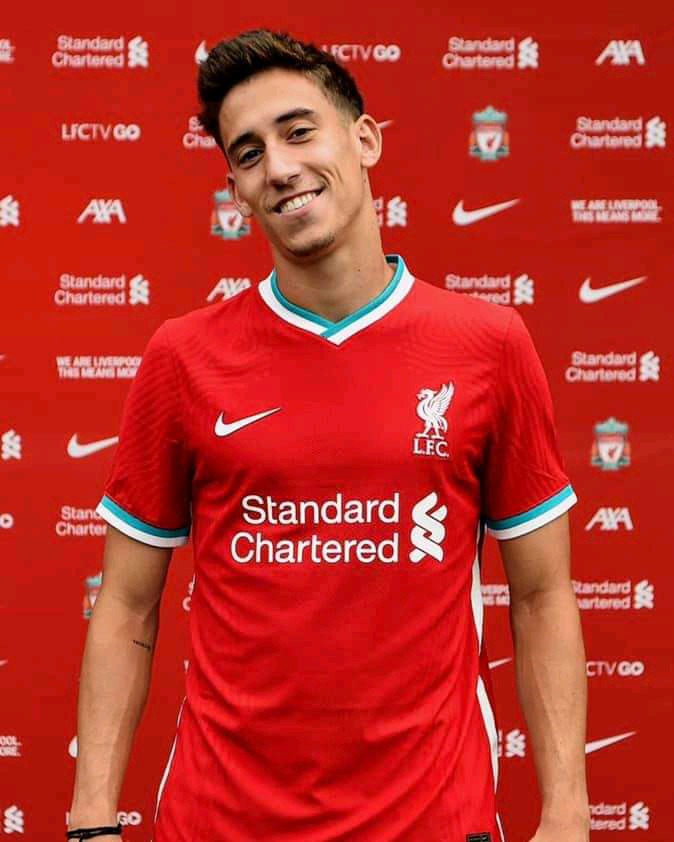 Liverpool have today completed the signing of Greek and Olympiacos defender Kostas Tsimikas on a long term contract.

The 24 year old Greek who has made only three appearances for the national side, joined the Premier League and European Champions today after appending his signature on the contract.

Unlike his National side , Kostas Tsimikas has made 86 appearances for Olympiacos since his debut in December 2015 when he was only a teenager aged 19. The defender was integral in the club's domestic clinching of the league which they won by a wide 18 point gap, with the defender playing almost every game.

He will seek to partner Van Dyik and offer stiff competition for Cameroonian Joel Matip and Joe Gomez when new season resumes in a month time.

Expressing his joy on joining the club, the player said :

"I'm very happy, I'm very proud to be here. For me, it's the biggest club in the world. It's an honour to be here and I will give my best," the new Liverpool defender told Liverpoolfc.com Tsimikas also said he really admired the Premier League from a distance and was very excited to have gotten the opportunity to play for the Merseyside side given it had always been a dream to play in the EPL.

"The league here , I like a lot. I watch it on the TV and it was always one dream I had from when I was a kid to come play in this league and to come through." The player promised he would always go by the coach's instruction and will work hard to ensure Liverpool maintain the league title next season and also win the Champions League.

Tsimikas spent time on loan at Denmark side Esbjerg and Netherland side Willem II earlier in his career starting almost all games for his second loan spell side in Netherland which is Willem. He will wear the no. 21 Jersey.