By Agyapong11 (self media writer) | 3 months ago

The Brazilian also assisted on City's other goal, a stunning strike by Rodri, as the champions extended their lead to four points at the top of the table. 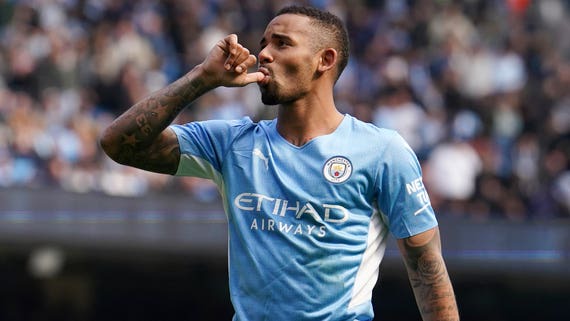 Hassane Kamara did get on the scoresheet for the visitors but Roy Hodgson’s relegation-threatened side were no match for City, who were persistent and efficient in attack.

Because of City's domination, they were able to relax in the closing moments, knowing that Liverpool would have to reply against Everton on Sunday. It also allowed them to save energy ahead of their Champions League semi-final against Real Madrid on Tuesday.

Meanwhile, Jesus could savor his excellent retort to rumors regarding his future, which had surfaced in the wake of strong claims tying City to Erling Haaland.

Watford has taken a lot of abuse from Pep Guardiola's side in recent years, not least when they were thrashed 6-0 in the 2019 FA Cup final and then 8-0 and 4-0 the following season.

Watford had lost their previous 14 matches against City and not beaten them since 1989, and it soon became apparent that dismal record was only going to get worse.

City needed just four minutes to force their way ahead. Joao Cancelo sent a deep cross to the left and Oleksandr Zinchenko pulled back across the six-yard line for Jesus, one of six changes made to the side by Guardiola, to pounce. 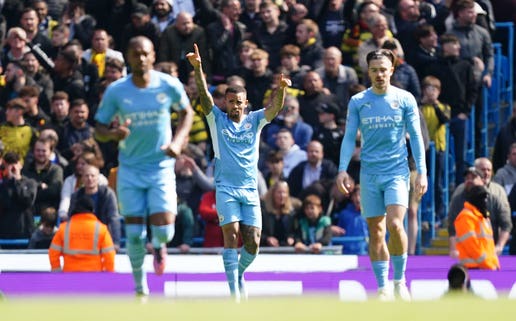 The Hornets spurned a glorious chance to equalise soon after when Cancelo lost possession. Emmanuel Dennis burst clean through and should have tested Ederson but dithered too long and Zinchenko raced back to tackle.

Cancelo almost made instant amends for that error as he got into a shooting position from a Jesus lay-off but Ben Foster pushed away his powerful strike.

Jesus won the ball on the right and clipped back inside for Rodri, who chested down and then thumped a half-volley into the top corner. With De Bruyne back on his feet before the game resumed, City looked in fine shape.

After being felled by Foster in the opening stages of the second half, Raheem Sterling could have added a third when he blasted over, but Jesus made no mistake to complete his treble from the penalty spot. 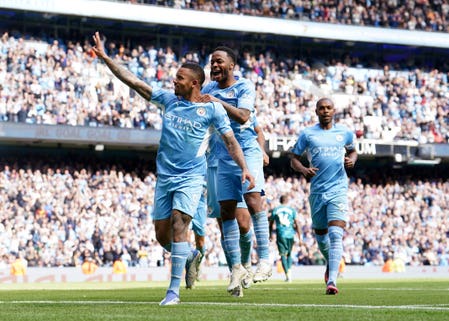 After a one-two with De Bruyne, Jesus scored his fourth goal after 53 minutes, stroking a low drive past Foster.

Foster was called into action once more when he had to scramble back to prevent Christian Kabasele's ball from rebounding into the net.

With City having done an excellent job, the final half-hour was played at a much slower pace, with thoughts of the upcoming major tests.

Content created and supplied by: Agyapong11 (via Opera News )