The fans stand with Bruno Fernandes.

Bruno Fernandes acknowledged he was unhappy with himself after missing a key penalty in Manchester United's defeat to Aston Villa on Saturday, but thanked fans for sticking with the team despite his error in a lengthy social media post. 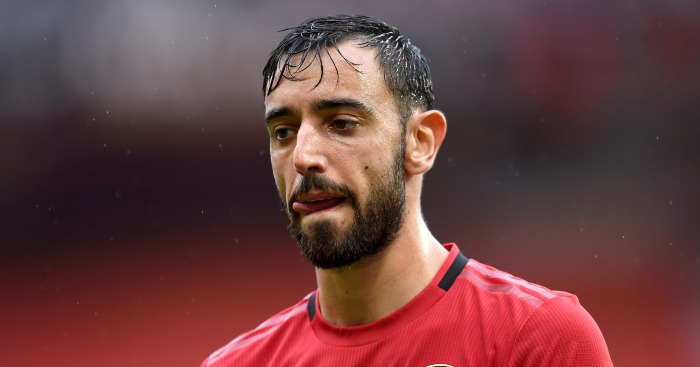 Kortney Hause, who had headed home Villa's goal minutes earlier, handled in the box, giving Fernandes the chance to tie the game at 1-1 deep into stoppage time.

However, he launched his effort into the stratosphere, condemning United to their third loss in four games.

Nobody is more frustrated and disappointed than I am about missing the penalty and the resulting loss," he wrote on Instagram.

"I've always assumed my responsibilities and, in times like this, I've always embraced them." I failed today. But I took a step forward and approached the challenge with the same level of ambition and responsibility as when the ball had previously found its way into the net.

"Football is full of criticism and opposing viewpoints. I've learned to live with it and even use it to motivate me, and I see it as all part of my commitment to never stop trying to improve and become the best player I can be for myself and my team.

"Today, I once again accepted the responsibility that has been placed in my hands almost since I joined United, and I will do it without fear or trepidation whenever called upon."

"Winning together is the most important thing to me, and I'll always do everything I can to assist my teammates and the club be the best they can be."

"I'm a player who gives everything on the field, with a lot of passion and dedication." And that's exactly what I'll keep doing.

"Thank you for all of your help after the game was over!" Hearing you yell my name in the stadium brought tears to my eyes... For myself, because these are the standards I hold myself to, but most importantly for my teammates and our fans, I will return stronger."

United had a fantastic start to the 2021-22 season, winning four of their first five Premier League games to sit atop the standings heading into this weekend.

However, despite the arrival of Cristiano Ronaldo, the wheels have recently gone off.

In the Champions League, Ole Gunnar Solskjaer's side were humbled by Young Boys, and were forced to dig deep to defeat West Ham, who could have leveled had Mark Noble not missed his own late spot-kick last Sunday.

The Hammers avenged themselves by knocking United out of the Carabao Cup in midweek, and United now sit in fourth place in the Premier League, only one point behind new leaders Liverpool.

On Wednesday, when they travel to Villarreal in the Champions League, they will be hoping for better luck.