Paul Pogba makes the list and is 10th richest footballer in the world.

He has made so much name for himself, establishing himself as one of the best midfielders in the game of football so you should expect him to make money to match his worth.

He's currently worth about 85 million dollars and his luxurious life says it all.

Next is the former Chelsea playmaker who made his mark on English football when he joined Chelsea from Lille.

He had to move on and join the Laliga giants Real Madrid which was a big money move and the deal was lucrative. The Belgian Ace is worth around 100 million dollars currently.

He earns a lot of cash weekly and also under endorsement deals.

Andre is also makes the list, he is much loved by most fans of the beautiful game, most especially the Barca fans because he won alot of trophies for the club and country before moving to play in Japan and earns about $576,000 a week, that's very huge and with additional endorsement deals and investment, Andre is worth about 120 million dollars.

Bale is a monkey of his back both on the pitch and his financial statement.

He's worth over 125 million dollars currently. that makes him 7th on the list.

Rooney really a made football beautiful during his time at Manchester united, doing amazing things but as his was nearing the landslide of his career he thought of make his pockets swollen. Between moving to Major League soccer to date his net worth is estimated to be 160 million dollars. That's huge right.

In the middle of the list is the Brazilian superstar, Neymar.

When there's Neymar on the pitch there's fun to catch because of his intriguing skills but his sense of fashion gave him the name "Glam boy".

He earns a whooping £707,000 on weekly basis. which does not surprise us of his net worth which is 185 million dollars. He deserves to be on the list

Zlatan always called the bad guy in football is also a bad guy in bank statements. He has endorsement deals and there are so many of them which contributed to his net worth which is 190 million dollars, he's 4th on the list and he's truly the bad guy.

The Goat of football and the greatest rival of Cristiano Ronaldo is utterly rich and damn loaded.

He amasses a net worth of 400 million dollars and there was a time he was the richest in the world but not anymore.

Before his contract expired in june 2021 he was earning a mad sum of $646,000 at his club. In additional endorsement deals and countless businesses.

Messi might have passed him on Balon D'or numbers but not in cash.

Also the GOAT of football, he is more goatie on social and has enough money to show for it.

His worth a net of 460 million dollars, he was the richest not until recently.

His luxurious life says it all, he currently earns $663,000 at Juventus weekly, that's some money.

1. Faiq Bolkia, $20 billion, the richest footballer in the world.

Perhaps it surprises me that Ronaldo isn't the richest but this guy is a beast in that category.

His name might not be familiar but he's made his to the top, he currently plays for Leicester city and earns a mere $1000 weekly, surprising right?

You may ask where does he get all these money to be worth $20 billion?

Ok here, he is the son of the prince of Brunei and an active member of the Bolkia dynasty in Brunei. In Brunei there's a lot of oil that's why we left "million" in the discussion.

The Sultan of Brunei is fond of spending money as if he plucks them trees, he's a damn lavish spender, his name is Hassan Bolkia, Faiq's uncle. 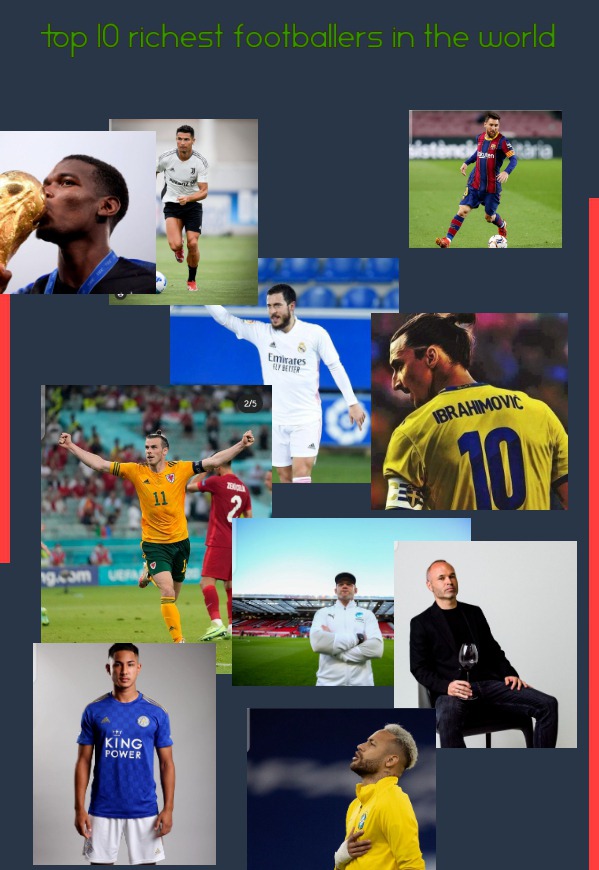