By Acquafilla (self media writer) | 10 months ago 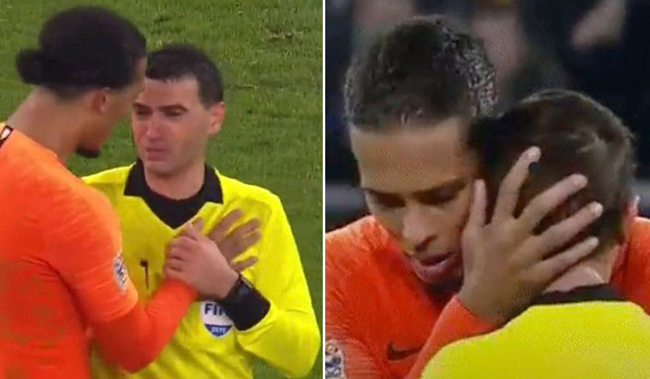 This was a great act of kindness displayed which has been seen around the world. Just as the Netherlands qualified for the semifinals of the Nations League, Virgil van Dijk didn’t celebrate like everyone on the pitch did, though he was the star hero of the night for scoring last minute goal. The winning goal against Germany. But Van dijk is a player like no other gifted with extreme class, while his teammates were celebrating, he approached the referee and gave him a heart warming up. But what came over him, the ref had just lost his mother. 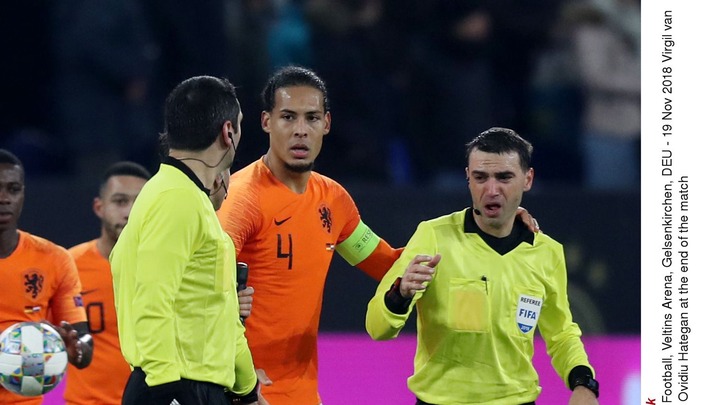 “ broke down with tears in his eyes crying heavily on the pitch. I wished him strength and boldness and told him he had refereed well. It’s a small thing, but maybe it helped him”. In the heat of the moment, Van dijk took the time to comfort the referee, often left on their own during football games. The beautiful gesture undoubtedly moved the referee that night. Van dijk not only became a national hero, but a hero of the entire football community. By scoring a goal in the last minute, he delighted the Netherlands by comforting the referee. He reminded us that footballers are not just overpaid men who run after report. What’s more, it’s not the first time that Virgil van Dijk as shown his clubs three days earlier, he had shown his generosity by giving a child who looked cold his jacket during the national anthem and acts of kindness, which only improves the image of the Liverpool defender. Already a fan favorite? He transferred to Liverpool in December 2017 for $96 million, making him the most expensive defender in the history of football. 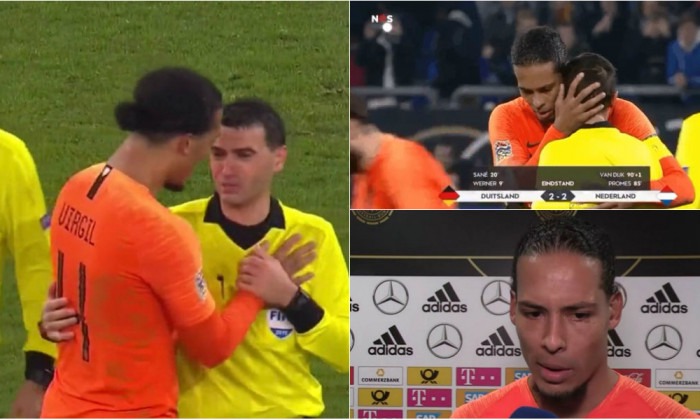 Well some don’t bother to care about his price tag. The reason he has lived up to all expectations put on him. He is to this day, among the best defenders on the planet. Frequent and natural leader, strong, decisive. And I think is perhaps the perfect defendant. The fans can rest assured Van dijk isn’t the kind of person to become cocky. Yet as being a fantastic and brilliant defender, the Dutch/Liverpool man is mentally strong and that will surely be part of his greatest asset.