By TheHague (self meida writer) | 10 days 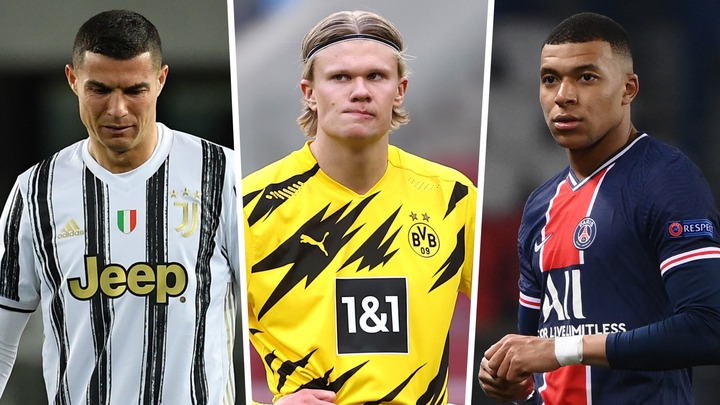 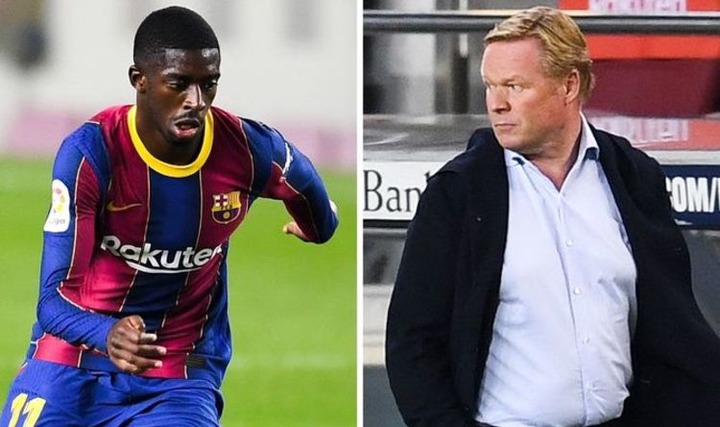 Barcelona manger, Ronald Koeman expects Barcelona to keep Ousmane Dembele next season after his outstanding display against Real Valladolid. The French winger put up an amazing performance on monday night at the Camp Nou, as Barcelona narrowly saw off Valladolid. Demebele stoppage time belter was enough for the catalans to salvage all three points. Koeman believes the 25 year old is in a good shape and wants him to stay at Barcelona. 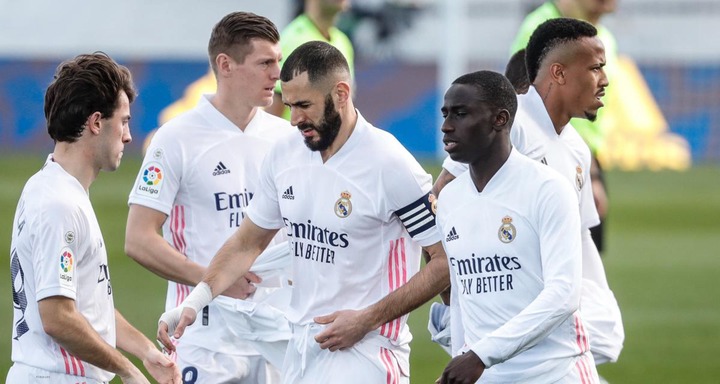 Real Madrid have haulted all negotiations with potential signings until their Champions league tie with Liverpool. Madrid have been linked with several marquee players and the club intend selling some first team stars to make way for those transfers. However, the club has frozen all negotiations to make the current squad show what they are capable of, before making big decisions. 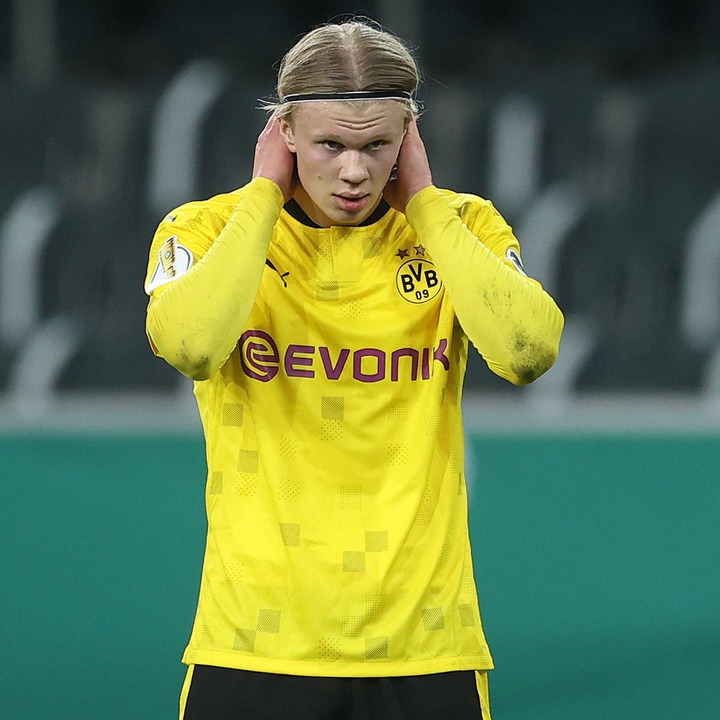 Madrid presidential candidate, Enrique Riquelme has revealed that, the club has spoken to Haaland's agent. According to Riquelme, Dortmund want to keep Erling Haaland for another season, but if Real Madrid make a good offer, they would accept it and let the Norwegian striker leave. 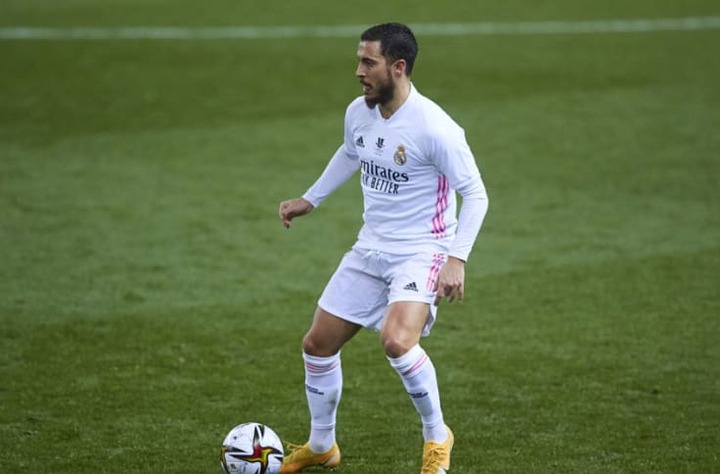 Belgian playmaker, Eden Hazard will not make his return against Liverpool on Tuesday. Eden Hazard has made a brilliant recovery and expected to get into Zidane's starting line up anytime soon. Nonetheless, Zidane won't rush to field the 30 year old on Tuesday. 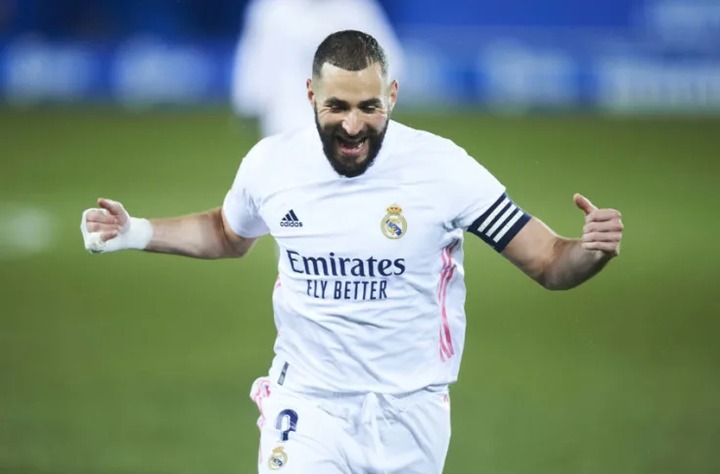 France fans want Real Madrid hitman, Karim Mustafa Benzema to be included in their Euro 2020 squad this summer. The 33 year old striker has been left out of the French national team for while, following multiple off field scandals and insubordination, despite his quality as a top striker. However, French fans feels it's time to recall the Real Madrid center forward back to the national team. 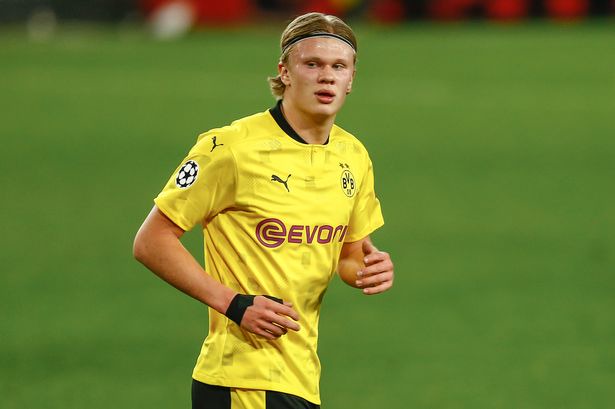 Borussia Dortmund CEO Hans-Joachim Watzke has dennouced the club's intention to sell English winger, Jadon Sancho this summer if the right offer arrives. Jadon Sancho was on the brink of joining Manchester United last summer, however United pulled out of the deal after both clubs were unable to come to an agreement, concerning the transfer fee. The club is willing to cash in the talented winger this summer when the appropriate offer arrives. 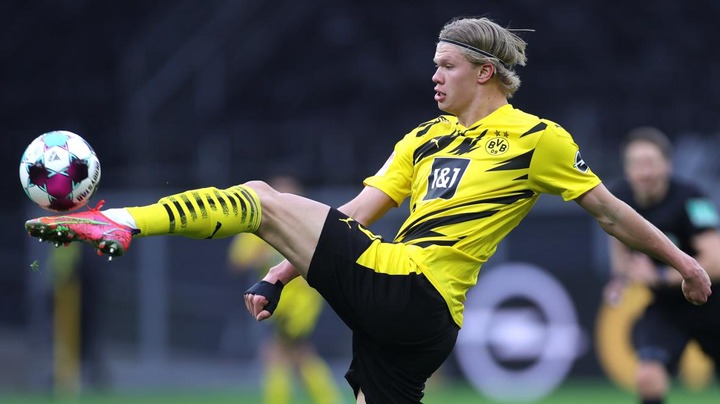 Borussia Dortmund will keep Erling Haaland for another season before they sell him. Haaland has been heavily linked out of Dortmund with Real Madrid and Barcelona keenly competiting for the Norwegian signature. Nonetheless, Dortmund CEO, Hans-Joachim Watzke has denounced that, Erling Haaland will remain at the club beyond this summer. Dortmund would find it difficult to keep the Norwegian if they fail to secure a champions league spot. 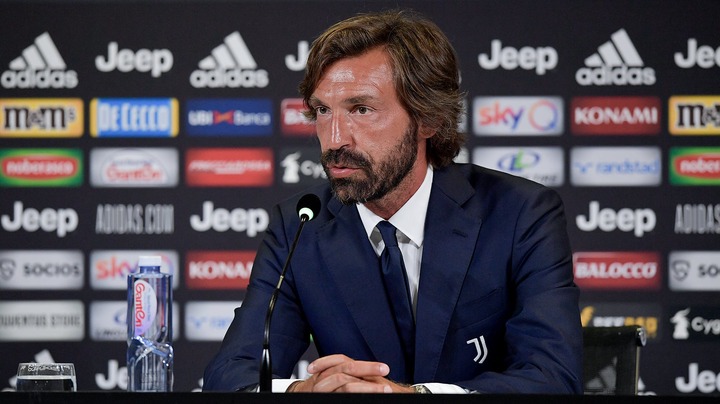 Juventus will part ways with Andrea Pirlo if the Old ladies lose their Wednesday clash against Napoli. Andrea Pirlo's performance has been underwhelming since he replaced Mauricio Sarri. Having got crashed out of the champions league, they stand another significant risk of relinquishing the Seria A tittle and champions league spot. The Bianconeri board have told him to salvage his future with Napoli game, else he would lose his job. 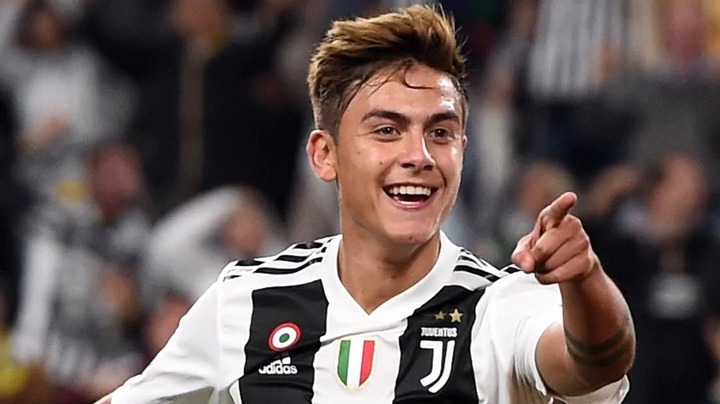 Argentine playmaker, Paulo Dybala’s future at Juventus seem even more gloomy as the Old Lady have reportedly decided to force him out. The 27 year old has failed to replicate his breathtaking form in the past seasons and Juventus are poised to force him out by declining a him a contract extension. Chelsea, and Tottenham Hotspurs have been monitoring Dybala’s situation and could make a bid for the 27 year old this summer. 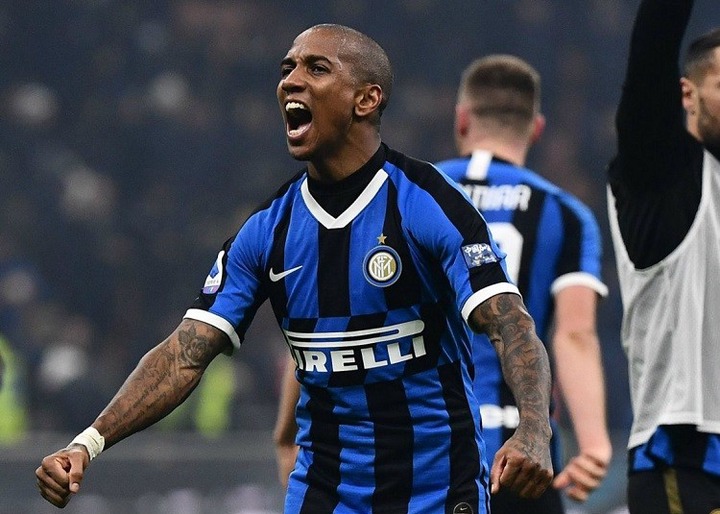 According to La Gazzetta dello Sport, English left back, Ashley Young is likely to leave Inter Milan at the end of the season. Inter Milan 2020/21 season has been largely successful following their superior form in the Italian league, which has seen them sit top of the table with 68 points. However, the club want to scale down the number of aged players in the squad to augment the team's performances. As a result, Ashley Young and nine others are likely to be shown the exit door at the end of the season. 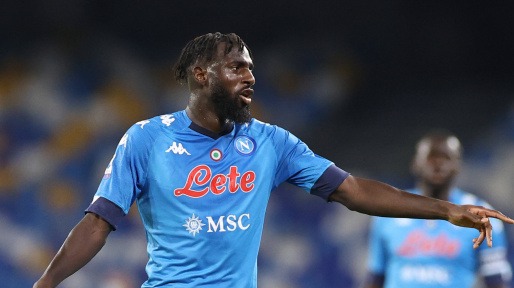 Napoli have rejected the chance to sign French midfielder, Tiemoue Bakayoko permanently from Chelsea. Cheksea outcast, Tiemoue Bakayoko is enjoying a fruitful spell at Napoli following a loan deal, which ends after this season. However, Napoli are reluctant to make the deal permanent but the midfielder is open to remain in the Serie A and he is expected to join another Italian team next summer. 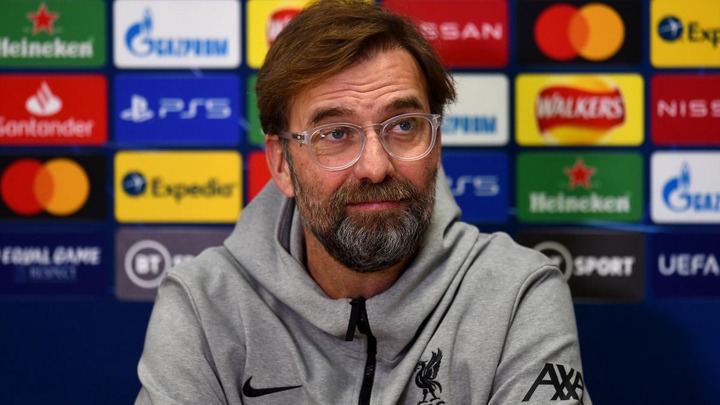 Jurgen Klopp insists Liverpool are not planning for a revenge as they face Real Madrid on Tuesday. The reds haven't met Real Madrid since the infamous 2018 Champions League final, which saw Real Madrid trash Liverpool to win the cup. There has been unrelenting speculations that, Liverpool are aiming to revenge the defeat as they look much formidable than the Los Blancos this season. Nonetheless, Jurgen Klopp has dismissed the revenge tag and has divulge that, they would play their normal game. 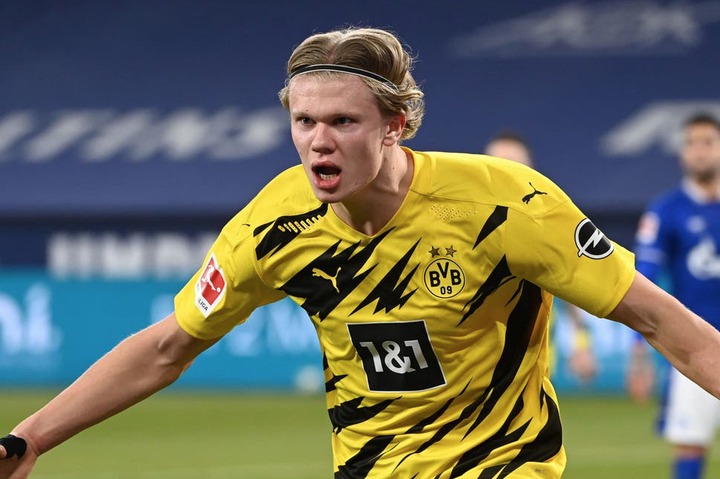 Reports suggest, Real Madrid are fabricating transfer interest in Norwegian striker, Erling Haaland to drive up the price for other prospective buyers. Real Madrid have emerged favourites to sign the 20 year old after the club claimed, they have had talks with his agent, Mino Raiola. However, latest reports claim the Los Blancos are only doing that to drive up Haaland's price. 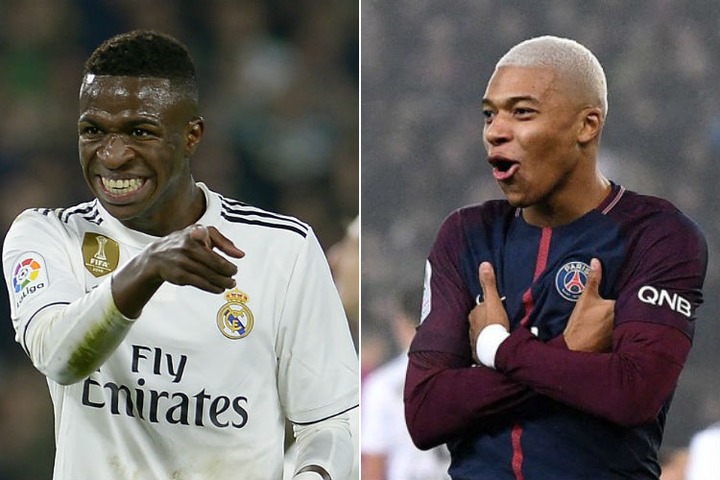 Former general manager of Real Madrid, Jorge Valdano has hinted a possible swap deal with PSG, Which would see Brazilian winger, Vinicius Junior and Kylian Mbappe swtich clubs. Real Madrid's narrow financial capacity means they cannot afford to make expensive outlays this summer. The club's primary targets are Kylian Mbappe and Erling Haaland, and their transfers have proved difficult because of their hefty price tag. However reports claim, Madrid are weighing up a swap deal to land Mbappe which would see Vinicius Junior join PSG. 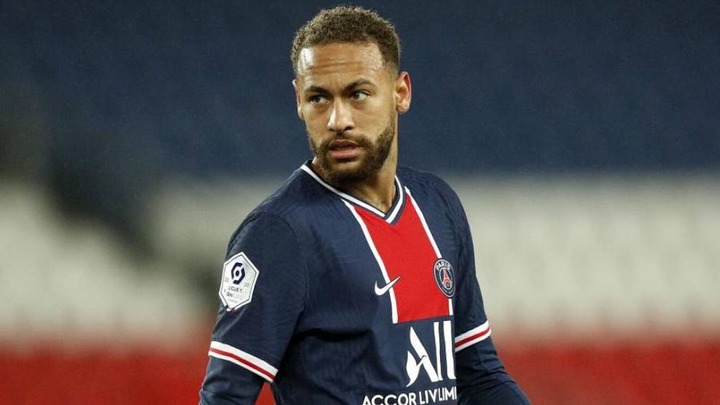 Barcelona can only bring Neymar back if his contract expires at Paris saint Germain. The Brazilian playmaker is keen on returning to Barcelona but would require huge transfer fee from the catalans to make the move possible. Barcelona are reluctant to make such audacious approach despite their interest in Neymar's return. With a year left on his contract before expiry, Barcelona would wait till he becomes free to make the move happen.