Manchester City decided to clash with Arsenal in the City Of Manchester Stadium in a Premier League Ficture that was genuinely tough and was dominated by a single goal throughout the match. It was a totally difficult match because Arsenal didn't give Manchester City a chance to disgrace them completely. 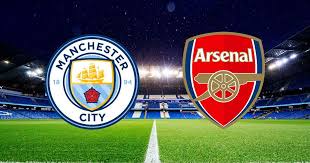 The Gunners ran up against this Manchester City team that has had 1 defeat, 1 win and 1 loss this season. This match was quite decisive for them and they managed to keep it at a Win for most part of the match.

The sole goal came from Rahim Sterling after an intriguing series of event. Aguero and hijacked it from Foden to give it to Leno who divulges it to Sterling to shot it into the post. It was a thrilling goal at the 23rd minute and Arsenal got chances to reply but they blew it up.

Aguero was trolled for his actions with the lineswoman. He was touching her and she got uncomfortable with it and tried to nicely get rid of him. They called it demeaning of him. 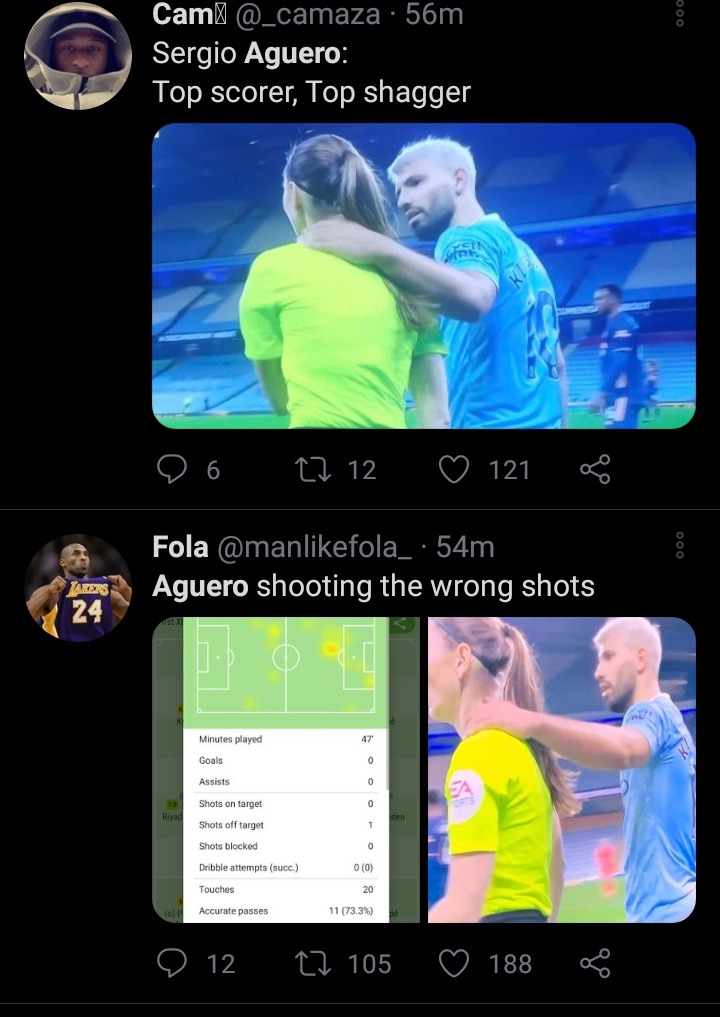 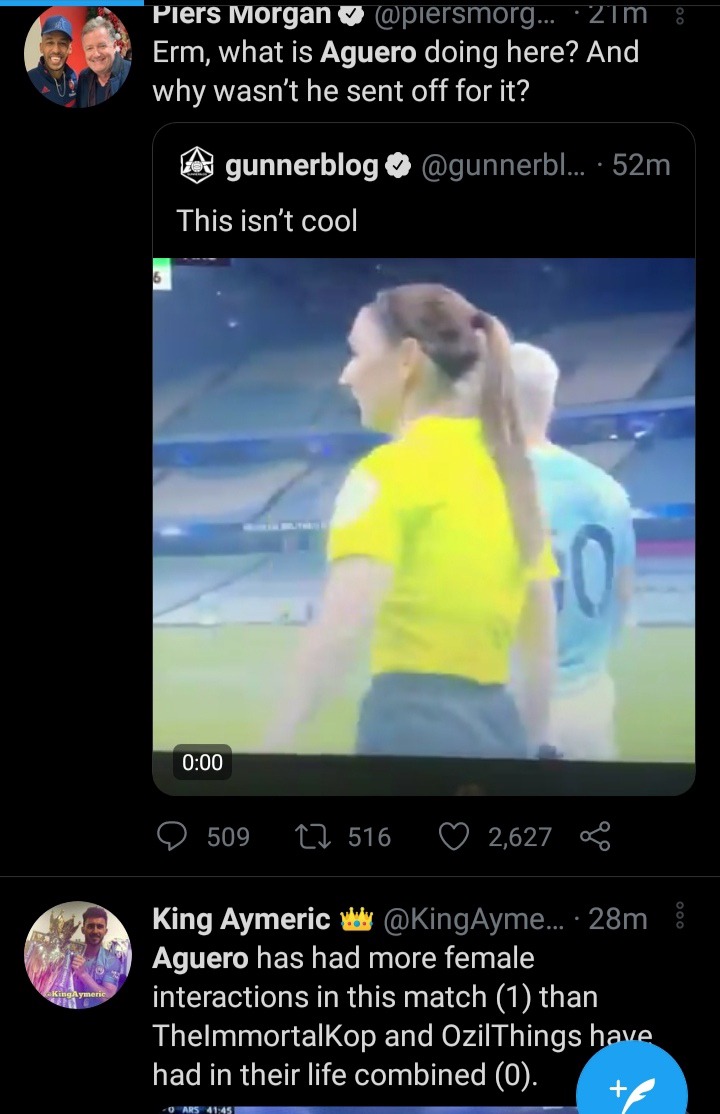 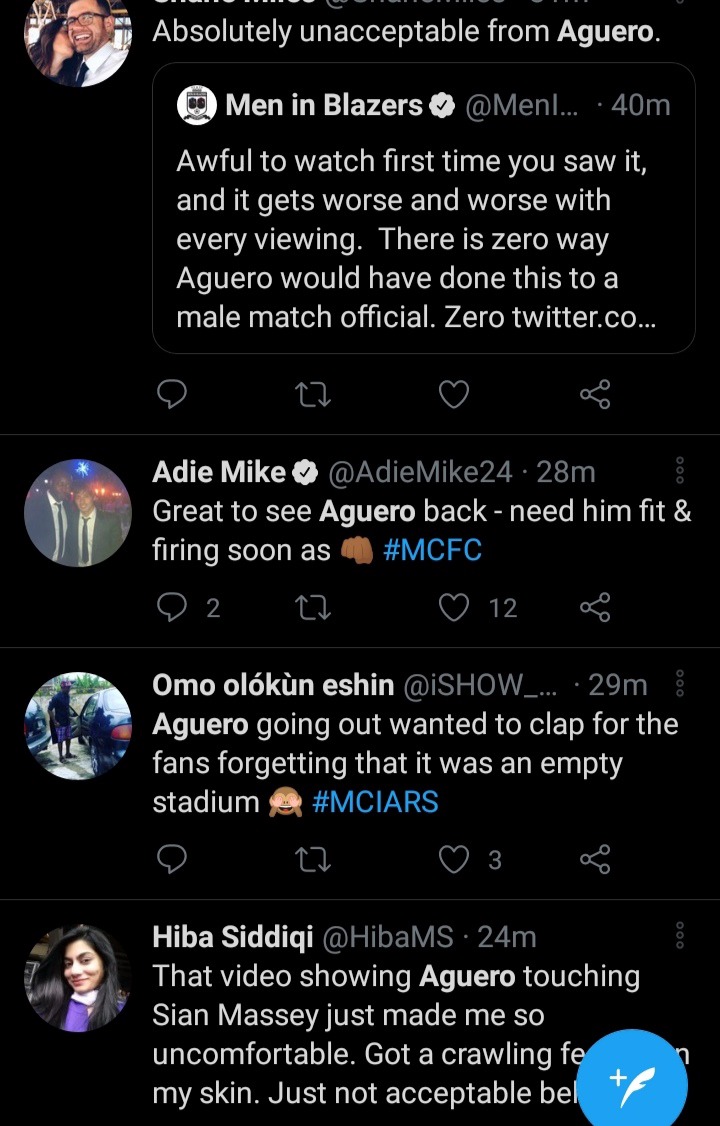 That was a strange thing from him and it got fans blasting him. Take a look at the tweets above and see the photo above. Press the second image after the logos for some seconds to watch the video. They even said he needs to spoken to concerning his actions.

Aguero Arsenal City Of Manchester Stadium Premier League Rahim Sterling
Opera News is a free to use platform and the views and opinions expressed herein are solely those of the author and do not represent, reflect or express the views of Opera News. Any/all written content and images displayed are provided by the blogger/author, appear herein as submitted by the blogger/author and are unedited by Opera News. Opera News does not consent to nor does it condone the posting of any content that violates the rights (including the copyrights) of any third party, nor content that may malign, inter alia, any religion, ethnic group, organization, gender, company, or individual. Opera News furthermore does not condone the use of our platform for the purposes encouraging/endorsing hate speech, violation of human rights and/or utterances of a defamatory nature. If the content contained herein violates any of your rights, including those of copyright, and/or violates any the above mentioned factors, you are requested to immediately notify us using via the following email address operanews-external(at)opera.com and/or report the article using the available reporting functionality built into our Platform