The League one (1) tournament also known as France league, is one of the greatest league among the Europe top-five leagues. The league 1 has recently been attracted by many viewers due to the great players like Mbappe, Messi Neymar, Boateng etc which people believe them to be the best footballers.

The french league officials has released the best players for the round two of the league one. According to the officials, Leo Messi, A. Hakimi and Neymar Jr were the only three players selected from the PSG'S squad. Surprisingly Kylian Mbappe is not included despite his great performance against Montpelier. 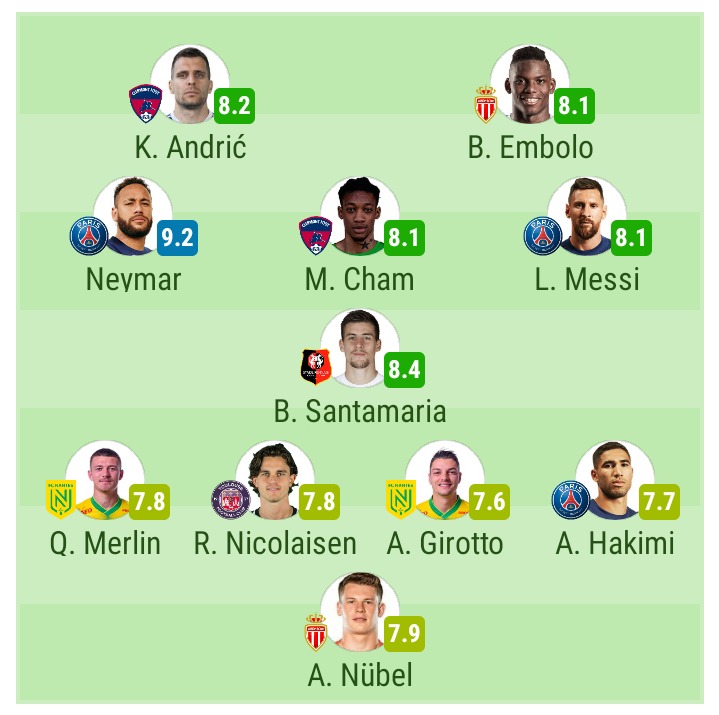 Apart from PSG squad being selected, there are also two great players from Monaco, A. Nubel and B. Embolo keeper and striker respectively. Again, Q. Merlin and A. Grotto from FC Nantes were also picked as the best defenders alongside Hakimi and R. Nicolaisen in the league one team of the week for round 2. 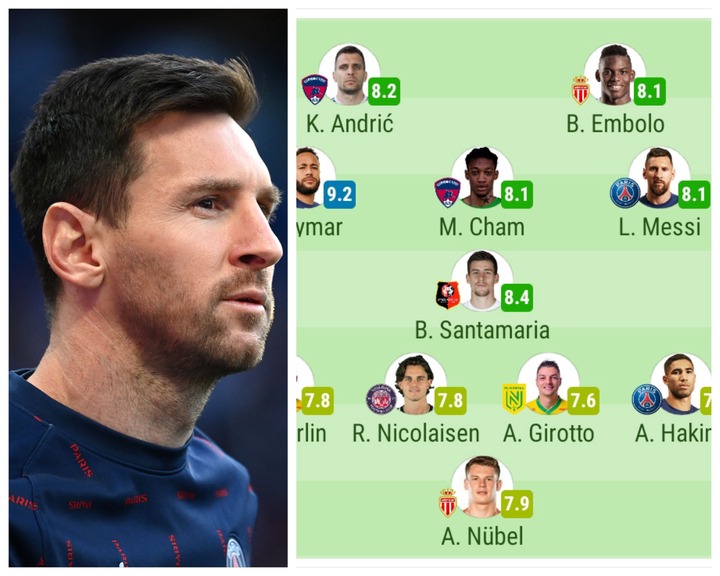 The last two players but not the least players are B. Santamaria and M. Cham being declared as the central midfielders.