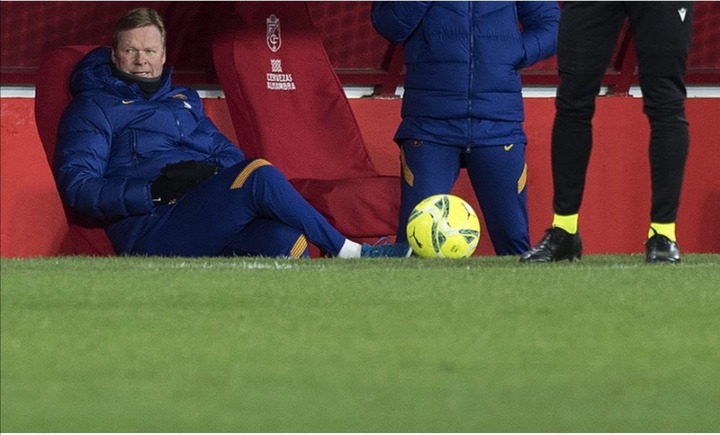 Ronald Koeman’s Barça won three games in a row for the first time this season. After beating Huesca and Athletic Club, the Catalans had a superb performance in Granada. With this win, Barça are now two points behind Real Madrid, who play today against Osasuna.

A superb performance to cap off a great week

On the three wins in a week: “We played three games this week, and had three wins. That’s a good thing.”On the team’s improved effectiveness: “We needed more chances to score earlier, now we are more effective in front of the goal.”

On Barça’s chances in the league: “We know our situation in the league, and we know that we can’t lose any points. It was important to win the away games this week. The confidence in the team grows. Scoring 4 is great, and we have to continue this.”Koeman on the players

On Antoine Griezmann’s superb display: “Griezmann was good today. He gave us several things in addition to his goals today. The job of strikers is to score.”

On Samuel Umtiti’s return and the team’s improvements at the back: “This was Umtiti’s first game in a long time. He played well, and the team has improved in defense.”

On Lionel Messi playing like his old self: “Barça needs Messi for his quality, for his effectiveness and for everything he offers to the team.”

On him seemingly hating Riqui Puig: “People seem to believe I have something against Riqui. I can assure you that I have nothing against him. There are many young players Like Matheus and Konrad who haven’t played a lot yet. I have no problem with Riqui.”On his relationship with Messi: “My relationship with Messi has been great since day one. Leo is eager and he wants to continue achieving big things at the club.”

Chief Imam Advises Moslems Youth To Be Guided By Peace Which Is The Pillar Of Islamic Religion.