By HeroNewsNow (self meida writer) | 25 days 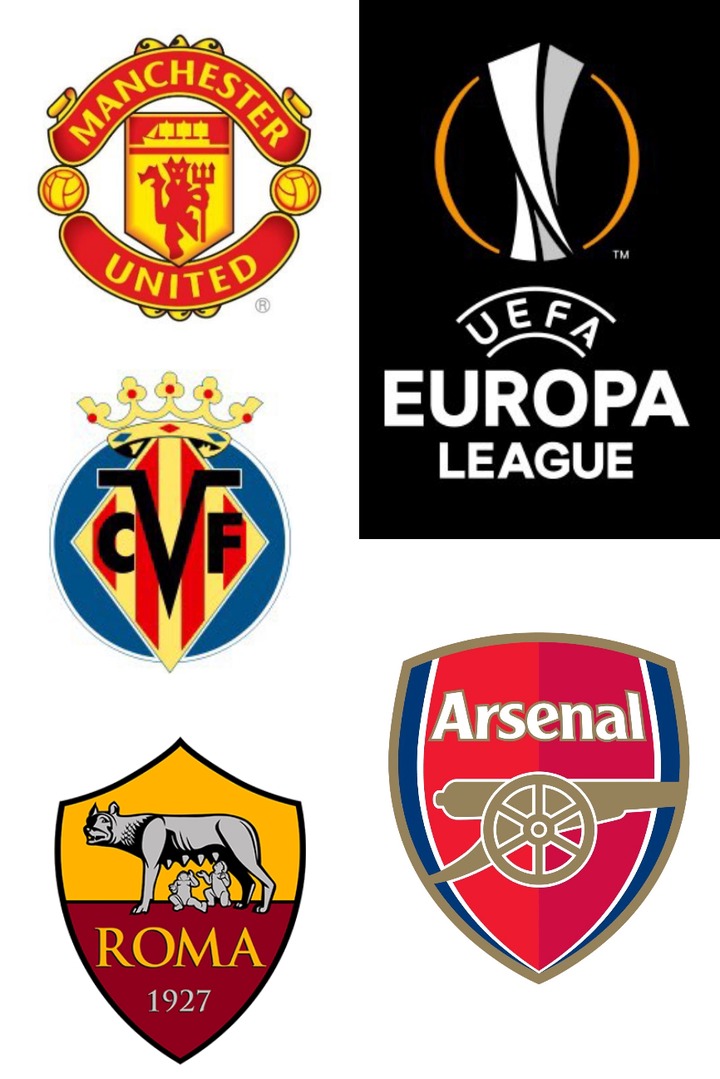 The Europa league semi final teams and pairings have been confirmed by UEFA and fans of the four (4) remaining clubs can't wait to see their teams make it to the finals and eventually win the coveted trophy. 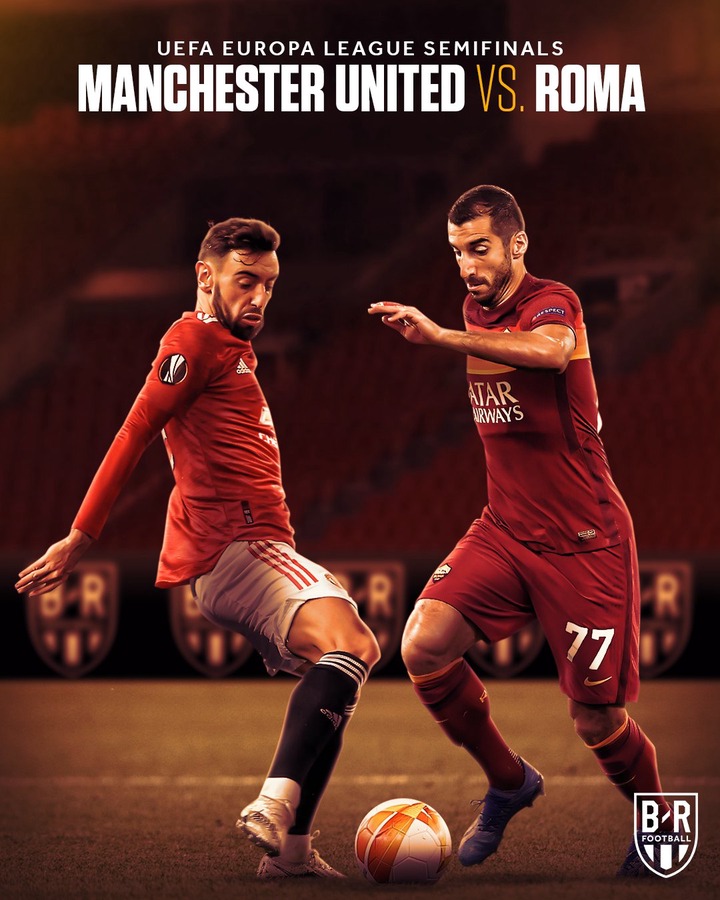 The teams in the semi finals are Arsenal, Manchester United, AS Roma and Villarreal. Just state further, there are two English Premier league teams, one La Liga team (Spain) and one Serie A team (Italy). Manchester United won the trophy under Jose Mourinho, whilst Arsenal and AS Roma have never tasted success in this competition before. Another fact to note is the current Villarreal Coach, has been to 4 Europa league finals. He won a record three successive finals whiles with Sevilla and lost the other to Chelsea whilst at Arsenal.

In a poll I conducted on opera, majority of the fans that voted chose Manchester United to win the trophy. Arsenal, AS Roma and Villarreal followed in that order. Below is a view of the poll. 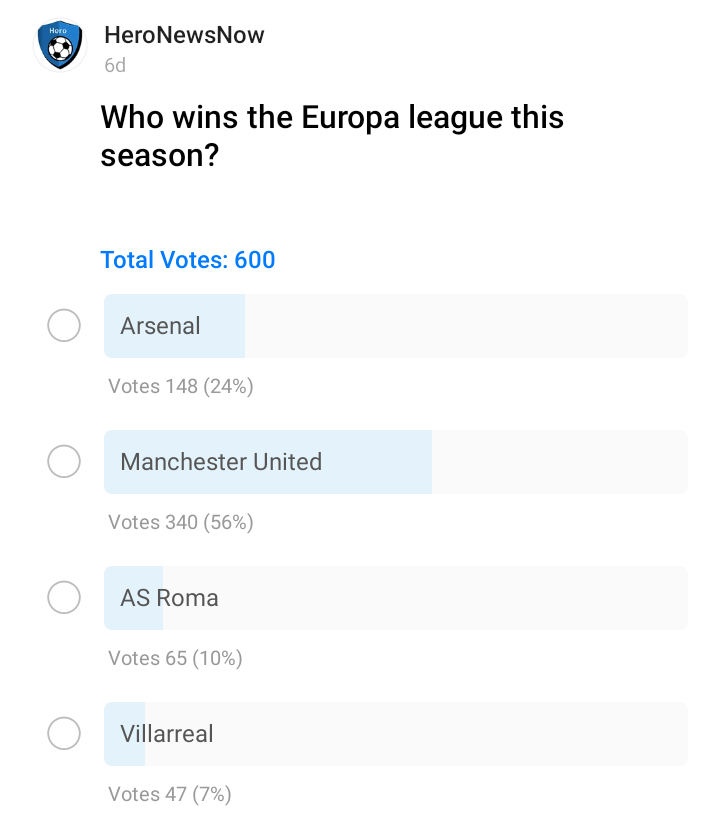 Do you think Manchester United will win this year's trophy? Leave your comments below.

Content created and supplied by: HeroNewsNow (via Opera News )