By SirObanji (self meida writer) | 1 months

Ebusua Dwarfs has made history by bringing the Japanese Community back to the country.

In 2015- 2016 Ghana Premier League season, the Japan Community in Ghana took over the league after Hearts of Oak brought a gaffer, Kenichi Yatsuhashi. His arrival made him the first Japanese in our league.

Few Months ago, the Cape Coast based misterious club, Ebusua Dwarfs brought a Japanese Striker Jindo Morishita to ugment their team in the second round.

Jindo, failed to honour the club's first game against their Regional rival Elmina Sharks due to none availablity of his international transfer certificate and work permit. 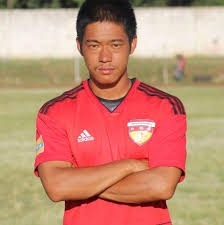 These items became ready ahead of their second game in the second round against Takyiman XI Wonders at the Cape Coast Stadium on Friday, April 9, 2021.

Jindo was brought on for unimpressed Obed Bentum on the 64th minute making him the first Japanese player to taste the Ghana's top-flight league.

Even though he was solid in the attack, he could not pick the 3points for his side.

His first touch entered the goal of the opponent but the referee's whistle had already gone for a foul against another player of Dwarfs who collided with the goalkeeper.

The game ended with one goal appease. 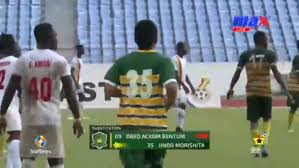 Dwarfs will make a trip to Berekum to honour their week 20th fixture against Chelsea on Sunday, April 18