He's My Idol, He's The Best Player in The World - Neymar Reveals His Football Idol

By Effia_Africa (self meida writer) | 19 days 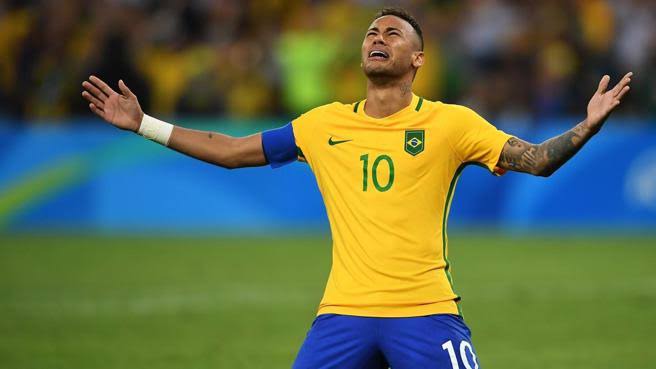 Neymar Jr on his former club-mate: "When I arrived at Barcelona, ​​Messi took me on his wing straight away and said: 'You have to be yourself, you have to play like Santos'. From there i started to free myself, gain confidence and play my football, that's where my friendship with him started.

The star of the Brazilian Selecao, Neymar Jr recently confided on his time at FC Barcelona and his relationship with Lionel Messi and this a few hours before the enticing final of the Copa America which will oppose Brazil to Argentina.

"Messi is my football idol. With Leo, i learned every day, whether it was in training, playing with him or just watching him play, just watching Leo play made me better".

Luckily, on Sunday, July 11 from 00:00 a.m., he will have the opportunity to face his idol in the large Maracana stadium for the Copa America final between Brazil and Argentina. . Even though the two stars have faced each other in the past, this time around it will be different as there will be a trophy at stake and everyone would like to win it.

For the record, after his departure from Santos, Neymar spent four years (2013-2017) at FC Barcelona alongside Lionel Messi before leaving the club at the end of the 2016-2017 season. The current Paris Saint-Germain striker believes he owes part of his success to Messi who welcomed him with open arms and took him under his wings.

Do you think Neymar is right? let's hear your own opinion