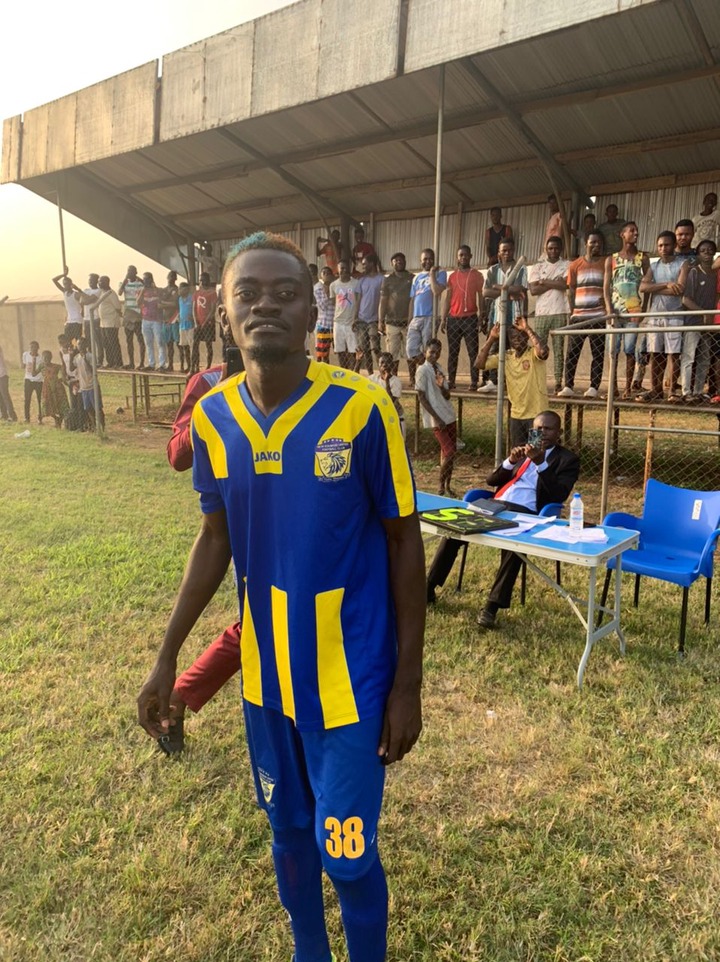 In today’s game against Unistar Academy, the home side did not start on a strong note as they were dominated by their opponent in early part of the game. Despite the earlier struggles, New Edubiase put themselves together to enjoy possession which culminated in a quick break to hand them a penalty after Ahmed Ramzy was brought down in the box. That was expertly converted by lead striker Isaac Mintah to break the deadlock. With the lead, New Edubiase took charge of proceedings as they dictated the pace of the game and added the second goal through Isaac Mintah. He was put through after a counter break by Evans Junior. New Edubiase ended the first half with a two goal lead. 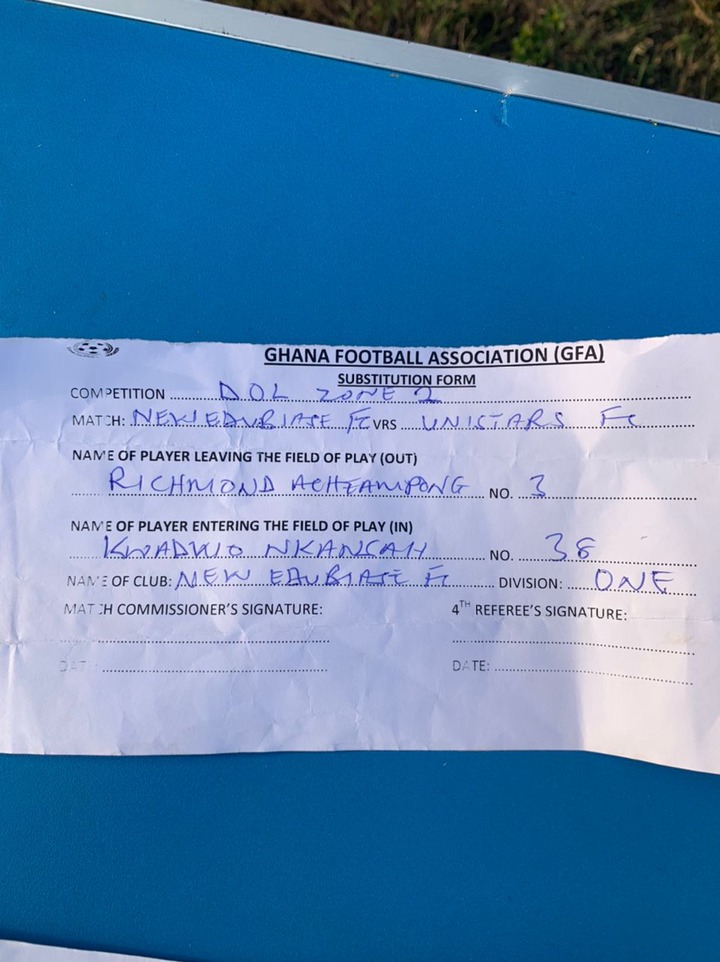 Kojo Nkansah had his name on the list of substitutes for his club. It means, he was part of the players that sat on the bench for New Edubiase. His appearance on the team sheet and bench did guarantee a debut appearance. Kojo Nkansah together with his colleagues were seen undergoing warm up in the course of the game. After those exercises, he got the chance to feature for his club in a competitive game against Unistar Academy. He was fed a pass which he boldly controlled and found his colleague. 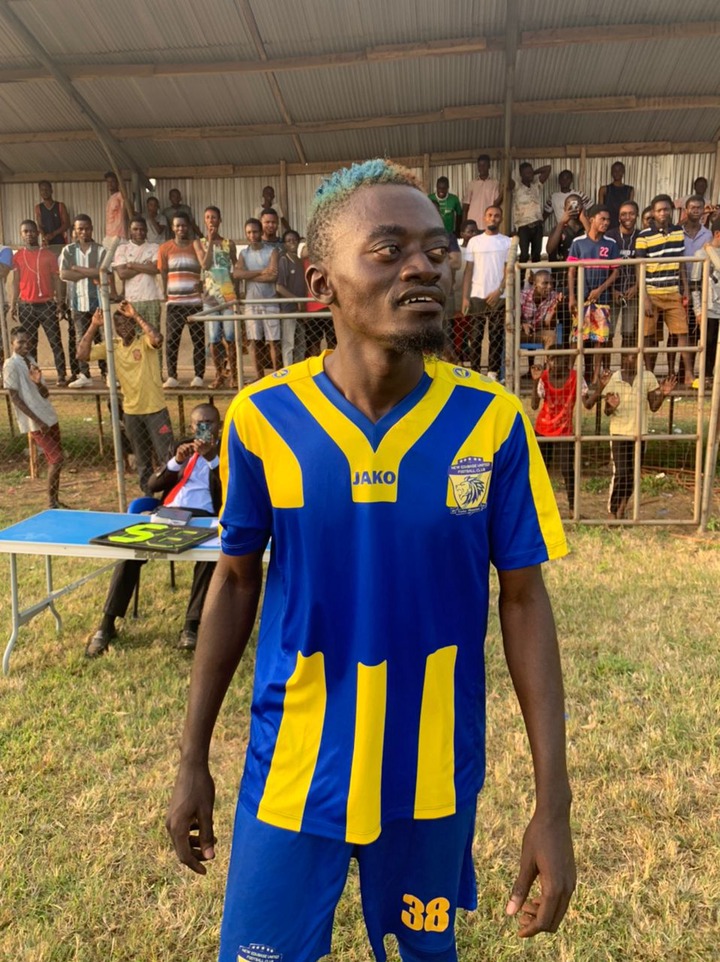 Spectators at Bekwai Gyamfi Park were sent to a state of hysteria as they witnessed a glimpse of Kojo Nkansah. 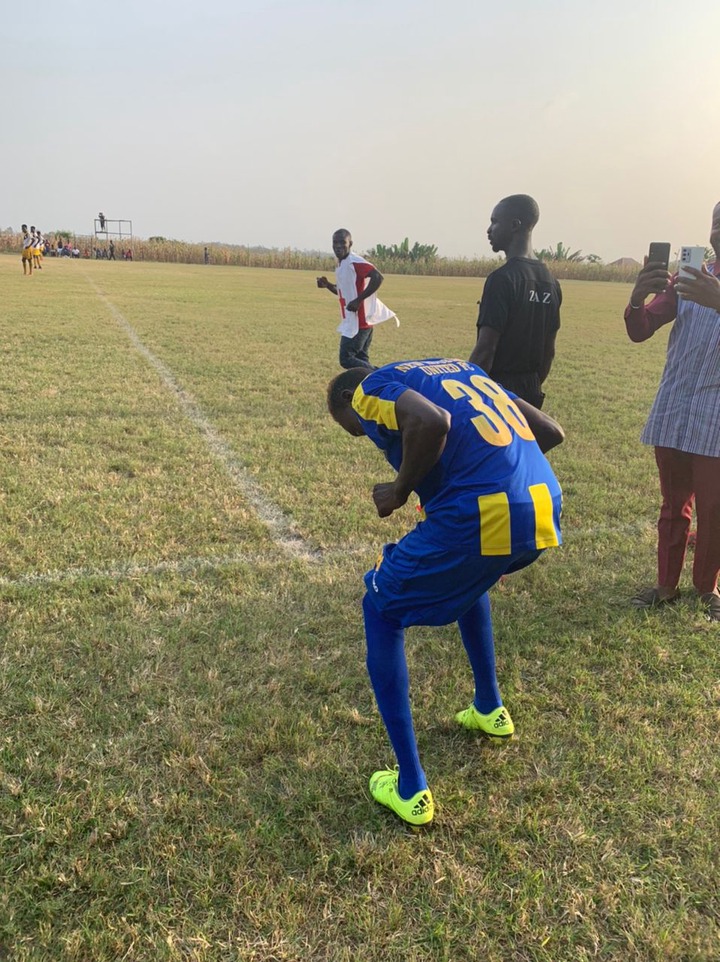 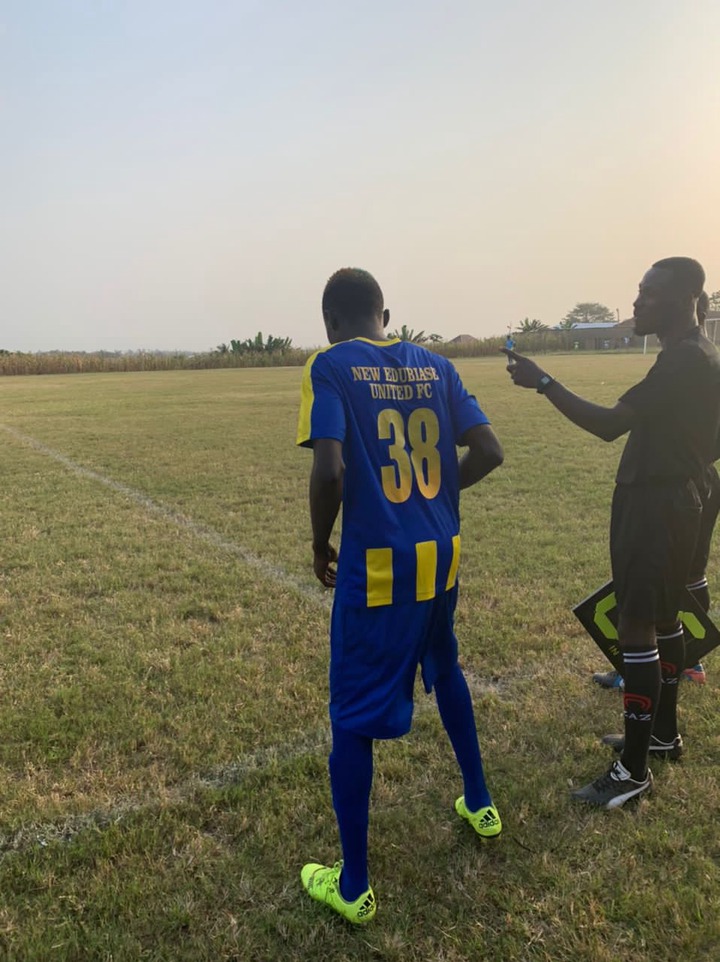