Kevin De Bruyne made Champions League history after his early goal for Manchester City in their tie against Real Madrid became the quickest netted in the semi-final. 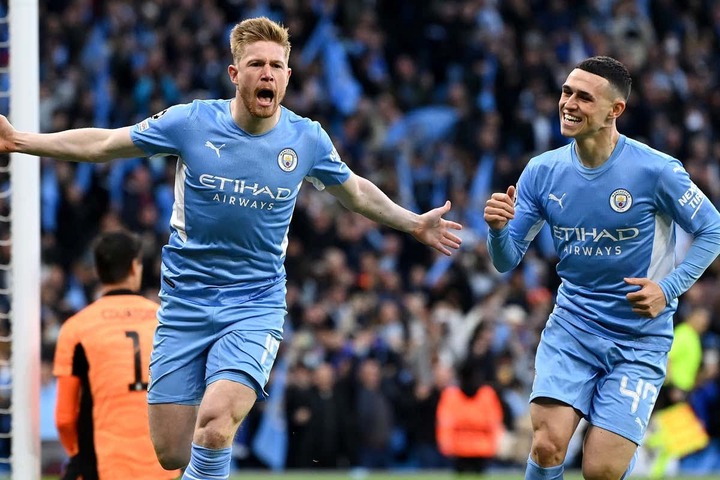 City, who are chasing a place in the final for the second season in a row, got off to a great start at the Etihad Stadium after two quickfire goals put them in cruise control.

De Bruyne, the playmaker, conjured up even more magic to put his side ahead after just 94 seconds of play, ensuring a place in the record books. 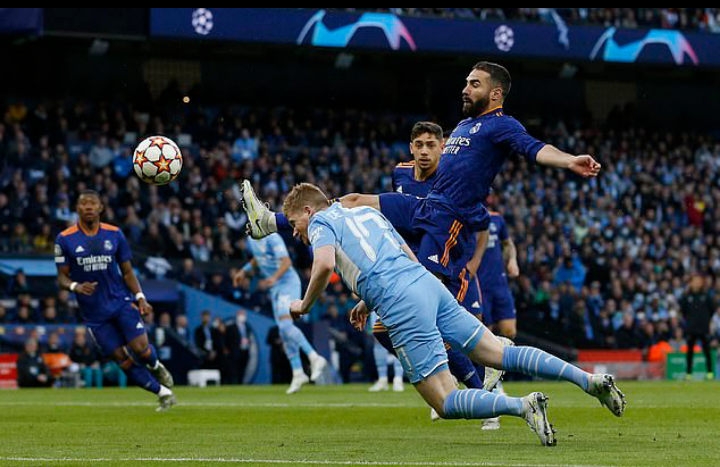 The hosts attempted to take control in the early stages, but their opponents - who had defeated Chelsea in the previous round - formed up to preserve their shape.

They were quickly undone, though, when Riyad Mahrez ran down the left flank for Madrid, jinking inside and floated in a lovely cross.

De Bruyne was able to dart in at the far post, evading the backtracking defenders, and craned forward to steer a neat header across goalkeeper Thibaut Courtois.

His goal was also the quickest in the Champions League this season, incidentally.

The opener beat the previous record set by Joshua Kimmich, who found the net in the third minute of Bayern Munich's showdown own against Madrid in May 2018.

City quickly built on the momentum stemming from De Bruyne's breakthrough, with Gabriel Jesus capitalising on slack defending to spin and tuck into the corner.

The forward, coming off his four-goal display against Watford at the weekend, controlled the loose ball with aplomb and, under pressure, picked his spot.

Madrid, however, found a route back into the tie when Karim Benzema met Ferland Mendy's searching delivery into the box to deflect the ball in via the woodwork.