Manchester United are without any doubt the top club having the worst start in the entire top five European leagues because, in just two games, Manchester United have conceded 7 goals with just an own goal to boost them.

That's a question for another day, but as of now, taking a close look at some trending tweets, Elon Musk is trending and it isn't because he's flaunting his wealth, but rather,he made a statement about buying Manchester United. 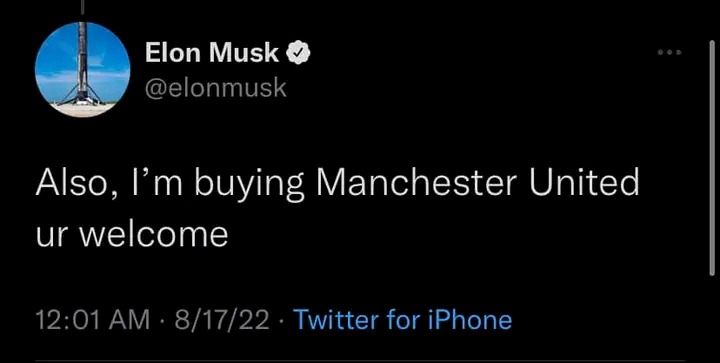 We've seen wealthy American groups, Arabians, Europeans, and even celebrities buy a share in a football club, but seeing an interest from the world's richest man, Elon Musk, in literally the worst performing club in the EPL, Manchester United, is quite astounding.

Though the billionaire hasn't spoken out as to if he really wants to buy Manchester United or if he was just taking the piss, Manchester United fans would definitely be happy because they're fed up with the Glazer's and it's quite likely that Cristiano Ronaldo might consider staying since the world's richest man, Elon Musk, is about to take over. 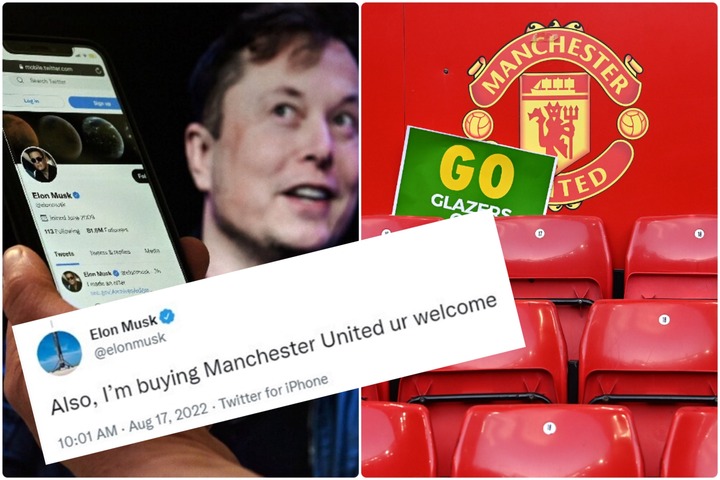 I don't think Manchester United are in a financial crisis but rather,they have a problem with their players and board because the few signings they made couldn't make any difference against Brentford.

We all know Barcelona FC is so far the biggest club in Europe with financial problems, but Elon Musk's picking Manchester United can't be questioned.

"No Try Meooo"; Reactions As Actress Destiny Etiko Warns Her Colleague Chief Imo Over His Post

Is He Attracted To Me? 7 Signs to Know If A Guy Desires And Wants You.

Do You Remember The Delivery App In The '80s and '90s? Check It Out

Men: When Your Wife Is Pregnant, Do The Following Things For Her