It has been claimed that Barcelona have officially registered their new players, including Robert Lewandowski, Raphinha, Kessie, and Andreas Christensen, in advance of their match against Rayo Vallecano.

In order to facilitate the club's recruitment of new players, Gerard Pique volunteered to accept a wage reduction. The 35-year-old player, who has previously taken a salary reduction to assist the team, has indicated that he is willing to do so once again for the next campaign. In order to facilitate the club's registration of their new acquisitions, Sergio Busquets had also agreed to accept a wage reduction.

They were able to bring in a number of new players as a result of the activation of a fourth economic lever, which was represented by the sale of the club's 24.5% interest in Barca Studios. Additionally, Barcelona will be able to make other new acquisitions as a result of the selling of Frenkie de Jong, Memphis Depay, and Samuel Umtiti.

The transfer of Bernardo Silva, a midfielder now playing for Manchester City, has been strongly speculated to take place this summer with Barcelona. The Blaugrana are considering making an offer for the Portuguese midfielder who has an estimated price tag of €80 million.

This season, Barcelona has a very deep team.

On the left flank, you have Dembele and Ansu Fati accessible to you, while on the right wing, you have Raphinha and Ferran Torres available to you. The attackers for this team are named Lewandowski and Pierre-Emerick Aubameyang. 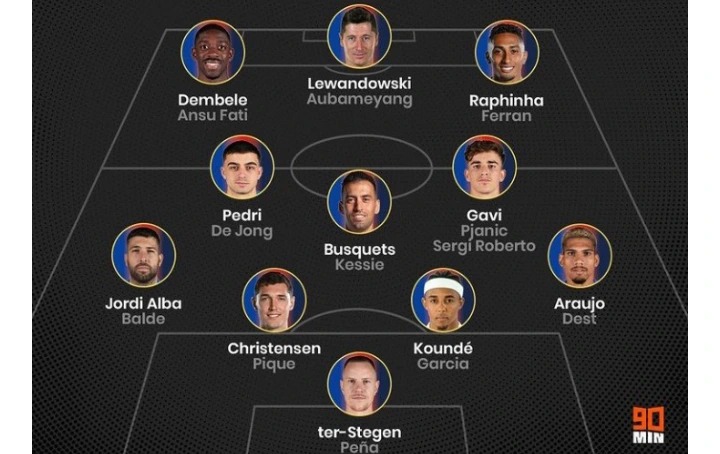