Forward Isaac Mensah scored in the first half as Hearts of Oak picked up an important 1-0 victory over Wydad Casablanca in the first leg of the CAF Champions League play-off in Accra on Sunday. 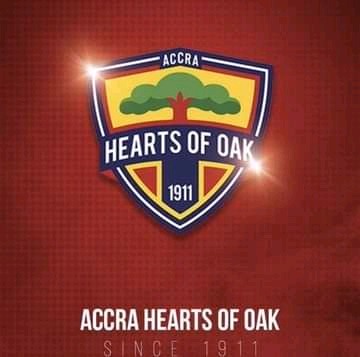 Isaac Mensah controlled a clever delivery by midfielder Ibrahim Salifu into the net for the only goal of the tight contest at the Ohene Gyan Sports Stadium Accra.

The Moroccan champions managed to put the ball in the net in the dying minutes, however the assistant referees flag was up and the goal was correctly waved off for offside.

Hearts of Oak fans the Phobians were catch on camera hooting at the FIFA referee Helder Martins Rodrigues De Carvalho at the end of the game. A clear indication that they weren’t content with his poor officiating by the Angolan as he denied Phobians a clear penalty.

The referee and the assistants were seen mostly ruled against the Phobians on 50-50 balls in the second half.

As the results stands now, any kind of draw in the second leg in Casablanca will be enough to qualify the Ghanaian premier league champions Hearts of Oak through to the group stage for the first time since 2006.

The second leg will be played on Sunday, October 24 in Casablanca in Morocco. The coach of the defeated side Wydad has give their fans his word not to disappoint them again as they host Accra Hearts Of Oak for the second leg