By JNTurkson (self media writer) | 2 days ago

Several players are putting up good performances to support their teams' 2021/2022 UCL campaign. Check below for some of the top goal scorers in this season's UEFA Champions League (UCL): Sebastian Haller has scored a goal in each of the 5 UCL games this season. The Ajax forward has scored a total of nine (9) goals and provided 2 assists in these 5 games.

Robert Lewandowski has continued from where he left off in the previous UCL season. The Bayern Munich forward has scored nine (9) goals - same as Ajax's Sebastian Haller and has also provided an assist. Lewandowski is one of the three players to score a goal in each of the 5 UCL games this season.

The RB Leipzig striker has contributed a lot to the team's 13 goals in the UCL this season. Nkunku has scored 7 goals and provided 2 assists in the 5 UCL games for RB Leipzig. Unfortunately, RB Leipzig would not progress to the Knockout Stage of the competition.

Karim Benzema has scored 5 goals and provided one assist this season for Real Madrid.

Leroy Sane has netted 4 goals and provided 4 assists for German side, Bayern Munich. 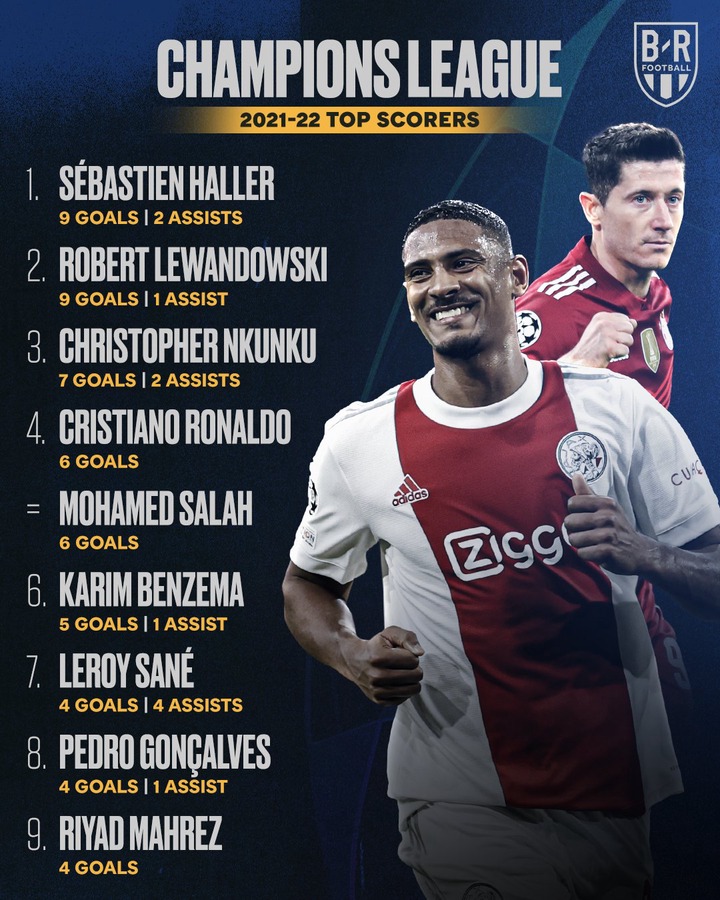 Sebastian Haller, Robert Lewandowski and Cristiano Ronaldo are the only players who have scored a goal in each of the first five (5) UCL games this season. Would the be able to continue this streak? Let us know your thoughts by leaving all your comments below.