There have been many iconic records which have been formed over the years, and while many of them bring a sense of pride to whoever is holding them, there are a few others which are remembered for all the wrong reasons. Not only are records created for winning trophies or scoring goals, but numerous aspects of soccer have ushered in the creation of many unique records.

While many records have been broken in football over the years, some extraordinary records are unlikely to be broken. Let's take a look at 5 football records that may never be broken. 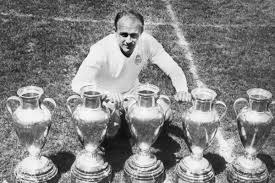 Real Madrid holds the record for winning the most number of Champions League competitions in a row, having won the title consecutively five times from 1956-60. The striking prowess of Di Stefano, together with Hector Rial and Ferenc Puskas leading the midfield, transformed the Madrid giants into a dominant force in Europe.

2. Most red cards in a single match-Claypole and Victoriano Arenas. 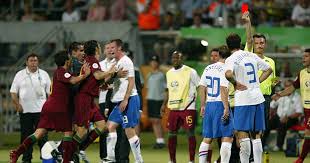 Crazy scenes broke out in an Argentinian match between fifth-tier rivals Claypole and Victoriano Arenas in 2011.Two players were sent off in the first half and in the second, a mass brawl broke out that saw managers, coaches and even some fans join in. The referee showed a total of 36 red cards. Nobody has come near this record and I believe it can't be broken.

3. Most goal scored in a single season - lionel Messi. 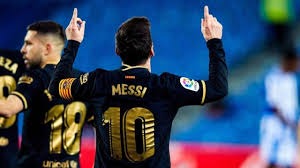 In the year 2012, the Barcelona talisman scored 59 goals in 38 La Liga appearances, 5 goals in 8 Copa del Rey matches, 13 goals in 12 UEFA Champions League outings and 2 goals in the Supercopa. He also netted 12 goals in 9 games for his national team, Argentina, very incredible season it was for the Argentine captain. It'll be nearly impossible for someone to break this record, which further proves how special Messi is.

2. Most goals scored by a goal keeper-Rogerio ceni. 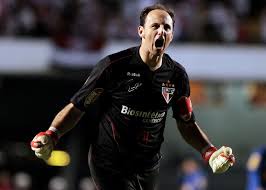 Rogerio ceni played over 1200 games for Sao Paolo , he scored 131 goals during his career which lasted from 1990 to 2015. Ceni was a set-piece specialist and scored more than a century of goals in an iconic career. He is no doubt the highest goal scoring Goalkeeper of all time.

1. Most goal record of a world cup-Just Fontaine. 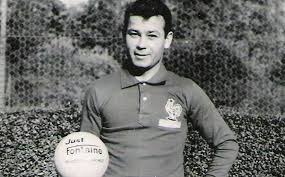 The record for the most goals is held by France legend Just Fontaine, who scored 13 goals in six matches for France in the 1958 World Cup.

A short and physical player with a keen eye on goal, Fontaine was a prototypical striker who was capable of scoring goals in any situation. With Raymond Kopa and Roger Piantoni behind him, Fontaine was able to utilise his incredible shooting abilities time and time again to score for France.

With nobody having come close to scoring 13 goals in a single edition of the World Cup and modern defending only getting better by the year, it is safe to say that Just Fontaine's record will not be beaten anytime soon. The closest player is Ronaldo who scored 8 goals in the 2002 world cup.