By ArkmanSports (self media writer) | 6 months ago

The adage goes like “to whom much is given, much is expected”. And with this, it becomes your duty to know why you were employed and what you must do to satisfy your employees.

Awako’s performance has not been satisfying since his arrival at camp in Accra Hearts of Oak.

He was purposely signed to lead Hearts of Oak in their Africa Champions League campaign but issues surrounding his idea not to join the team thwarted it.

When he came back, he was pairing Salifu Ibrahim in midfield and things were not going on as the coach expected. Samuel Boadu then began dropping Ibrahim Salifu for Awako but the results was not convincing.

The last two games that Awako has played have all ended in defeat for the Phobians. The defeat against Medeama and Karela were marshaled by the former Great Olympics player. 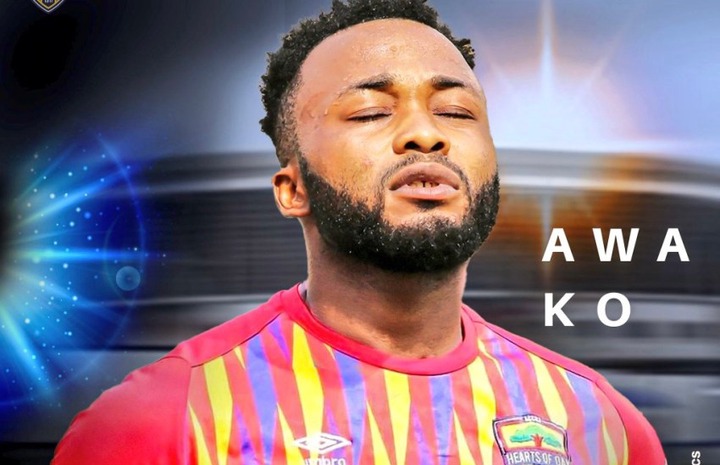 The games against Eleven Wonders and Golden Kicks are the two games the player shined.

It looks like Awako’s impact has not yet been felt. He has become a problem and not a solution. His performance for the team is not satisfying at all and it is a cause to worry.

He has been a normal player in all the games he has played. The fewer matches that Salifu has played is way too impressive than that of Awako.

“Asante Kotoko Must Not Disappoint Their Fans” - Ghana Coach