According to wiki Soccer is is a team sport played with a round ball between two teams of 11 players. It is played by approximately 250 million players in over 200 countries and dependencies, making it the world's most popular sport. The game is played on a rectangular field called a pitch or field with a goal at each end, it is also know as football. 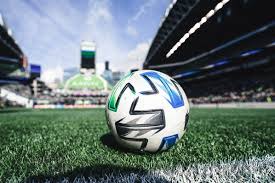 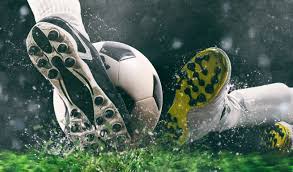 Football is one of the oldest known sports known to humankind with records found dating over 2,000 years in China. Greece, Rome, and parts of Central America have also made claim to have started this sport and with such a long history, it is only natural that there are some very crazy interesting football facts which any fan would like to know.

This article focus on some interesting facts about football or soccer.

﻿1. The first international football was played in 1872.

The first official international football match took place at Hamilton Crescent where Scotland played against England. It took place on 30 November 1872. and a total of 114 games have been played between the two national teams since then.

2. Fifa world cup is the most watched sport tournament in the world.

It was estimated that World Cup 2018, which was played in Russia, had a combined viewership of 3.572 billion, which means almost half of the world’s population watched the tournament. The interesting part is that if we add the audience which watched no coverage at home but caught the action on digital platforms, in public viewing and or in bars and restaurants, 309.7 million of 30.9 crore more people would be added to the above mentioned tally.

A match in the Congo in 1998 ended in tragedy as lightning killed an entire team. The opposition was left untouched.Bena Tshadi were drawing 1-1 with visitors Basanga in the eastern province of Kasai when a true bolt from the blue struck. "Lightning killed at a stroke 11 young people aged between 20 and 35 years during a football matchreported in the daily newspaper L'Avenir in Kinshasa. The account added that while 30 other people received burns, the players from Basanga curiously came out of this catastrophe unscathed.

﻿4.Only 8 countries have won the World cup

The Fifa World Cup has been ongoing every fourth year since 1930, and despite 21 tournaments being played since the first one in Uruguay, only 8 different countries have won the tournament. These countries are Brazil, Argentina, Spain, Uruguay, Italy, Germany, Spain and England. Brazil has won most with 4 world cup trophies.

5. The only football nation Brazil has never defeated.

Norway might not be considered the best country for soccer success, but they are the only football team not to lose to Brazil in international competition. They have two wins and two draws against the powerhouse.

In the year 1937, British Broadcast Corporation (BBC) telecast the first ever live football match. It was a match played between Arsenal and Arsenal Reserves and the match was telecasted just one year after the BBC has started with their TV services. The match was played at Highbury Stadium.

﻿7.Goalkeepers and players use to wear same team jersey.

8. Football is the most popular sport in the world.

The total population of the world as of June 2018 stood at 7.5 billion or 750 crore and what if we tell you that as per a survey conducted the Federation Internationale de Football Association (FIFA) in 2001, 240 million (24 crore) people from around the globe play Football regularly.The global population in 2001 stood at 6.19 billion (618 crore). That is almost 4% of the global population. Isn’t this a crazy football fact?

﻿9. The country with no football team.

The country of Greenland has never been able to have a FIFA recognized team. That is because they can’t grow grass to create fields. Hence they don't have football team and they don't play football.