First of half results of the EPL has mounted pressure on Chelsea.

By Militofavour (self meida writer) | 25 days

Liverpool football club is playing against Crystal Palace. In the first half Liverpool was struggling to score a goal but on the 30th minutes Sadio Mane scored the first goal for Liverpool in the first. Currently Liverpool is third on the EPL. 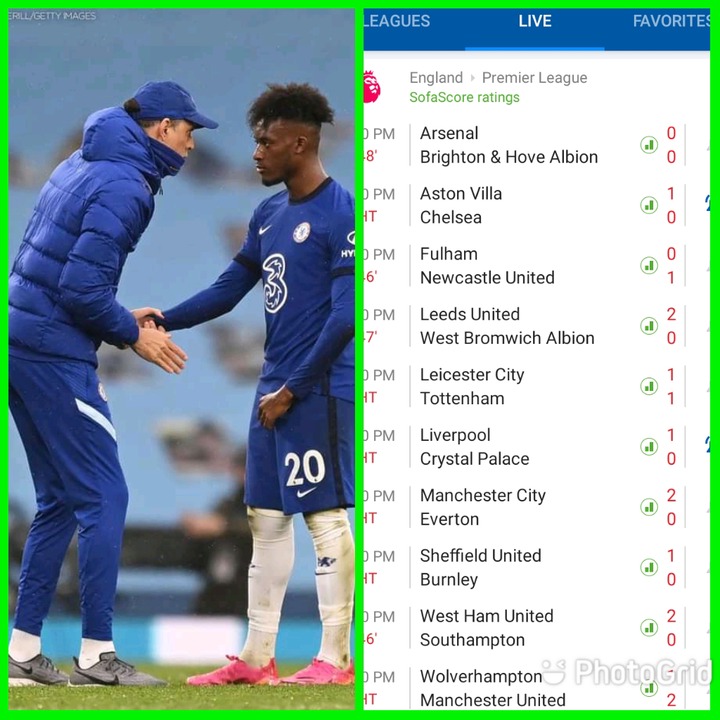 Leicester city is also playing against Tottenham in their final fixture. In the first have Leicester got a penalty and their star striker scored for them. Tottenham mounted pressure on Leicester in order to get an equalizer and indeed they had the equalizer that they were looking for. A goal from Harry Kane brought Tottenham on level terms Leicester city. At end of the first half the match has ended in 1-1 draw.

Who is making it to the top four spot, is it Chelsea, Liverpool or Leicester city.