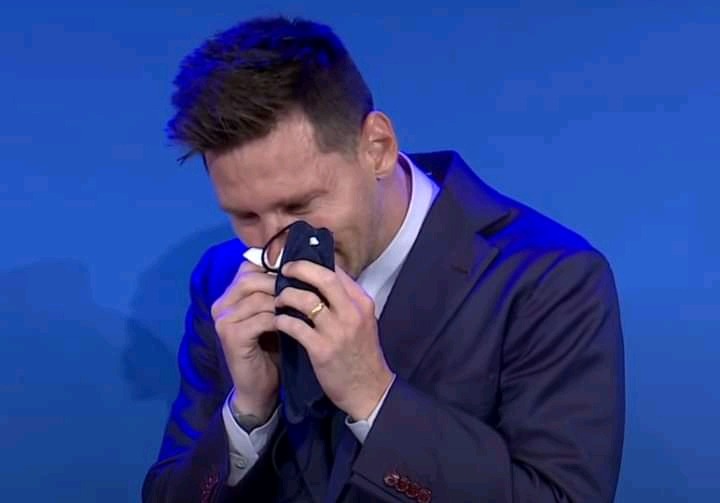 The six-time winner The winner of the Ballon d'Or has expressed his regret at having to leave the Blaugrana due to a stalemate in contract negotiations.

Lionel Messi broke down in tears during his final press conference as a Barcelona player, confirming that a move to Paris Saint-Germain is "a possibility." 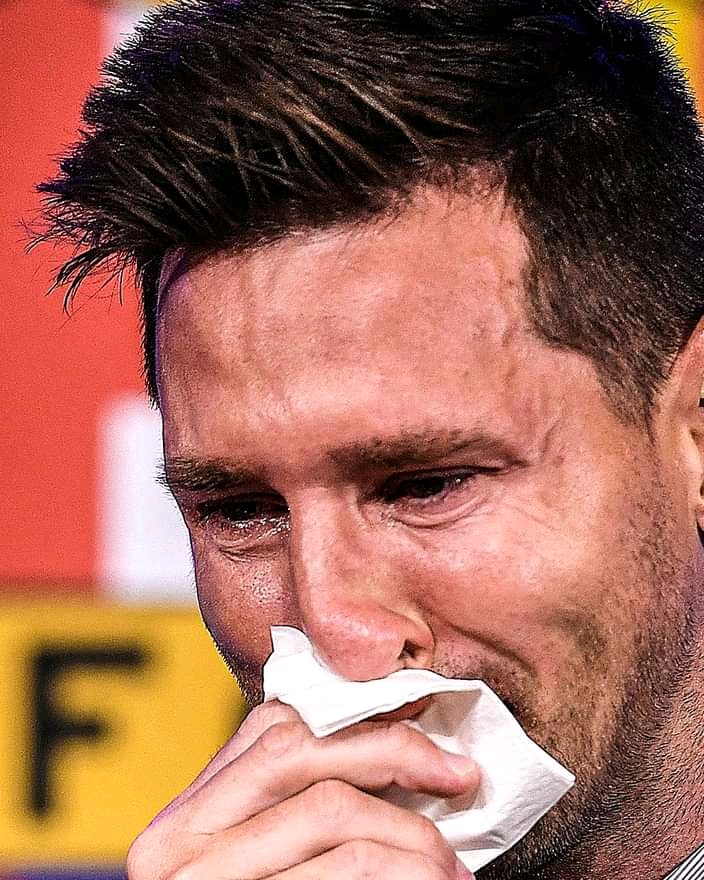 Messi became a free agent after his contract with Barcelona expired in June, and the club confirmed on Friday that they have been unable to re-sign him due to "financial and structural obstacles."

The Blaugrana were unable to re-sign the 34-year-old without exceeding La Liga's wage cap, which means their talismanic captain will now be forced to find a new club, and he admits that the entire situation has come as a huge surprise to him.

Messi, Neymar, and Mbappe: PSG have assembled the world's most lethal attack.

Fridolina Rolfo: The Barcelona-bound Swede who overcame a "war" of injuries to become the Olympics' breakout star.

Grealish gets a taste of life as England's most expensive player in a difficult Man City debut.

How will Barcelona fare without Messi?

So, what has been said?

“This is extremely difficult; I was unprepared for it. Last year, I was persuaded to leave, but this year, my family and I decided to stay; we wanted to continue here, in our home "Messi stated.

"I'm leaving after 21 years with my three Catalan-Argentine children. We've lived in this city for a long time; it's our home. I'm just grateful for everything, for all of my teammates, for everyone who has stood by my side.

"From the first day I arrived to the last, I gave everything I had for this club. I never imagined having to say goodbye because I never thought about it. What is clear is that I did everything possible, and they (Barca) were unable to do so due to La Liga.

"A lot has been said about me, but we did everything we could on my behalf because I wanted to stay. I stated last year that I did not want to stay. This year, I tried, but I couldn't.

"This is my favorite club. It's been difficult not seeing the fans for over a year and a half. If I had imagined it [his farewell speech], I would have imagined the Camp Nou full and being able to properly say goodbye."

"Nothing has been confirmed as of yet, but I have received numerous phone calls since the Barcelona announcement. We're discussing it."

Messi leaves Barcelona as the club's all-time leading scorer, with 672 goals from 778 appearances in all competitions.

Messi's comments are not a distraction for the team, according to Pochettino.

The diminutive magician is widely regarded as the greatest player to ever grace the Camp Nou turf, having won a record six Ballon d'Or awards during his 21-year tenure.

Messi has also won 34 team trophies with Barcelona, including 10 La Liga titles and four Champions League titles, with the 2020-21 Copa del Rey being the most recent addition to his trophy cabinet.