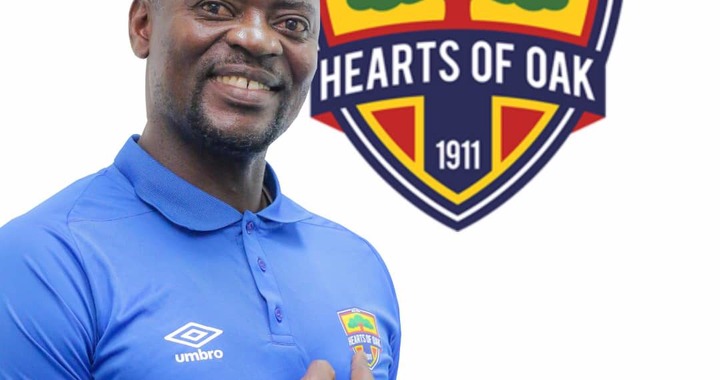 Following the inability of some players to remain consistent in converting penalty kick for Accra Hearts of Oak, coach Samuel Boadu is considering an option of deciding on another penalty taker for the club, according to reports.

The former Medeama coach is not elated with the manner in which players frittered away penalty before and during his tenure.

In the first round game against Asante Kotoko, Accra Hearts of Oak got a glorious chance to take all points in the dying embers of the game but failed, due to a penalty miss.

The team, in their game against Aduana Stars got the opener by way of penalty following a tackle on Patrick Razak in the danger zone, after which Victor Aidoo executed the task bravely.

Next assignment against AshantiGold in Obuasi Len Clay Stadium, Accra Hearts of Oak were presented with another chance to score by way of penalty kick, but Victor Aidoo went off target. Same opportunity came the way of AshantiGold and they won.

According to reports, coach Samuel Boadu is taking a critical assessment of potential penalty taker for the team. In subsequent matches, Victor Aidoo may not be favorite to take penalty for the Phobians.

In the meantime, he may be allowed to convert the spot kick if any, but a replacement is in the pipeline.

Reports further indicate that one of the defenders is likely to be given that role.

It would be recalled that, former Accra Hearts of Oak defender Christopher Bonney was once the first choice penalty taker in the team.

After his departure, the team has struggled in acquiring a permanent replacement for penalty kick.

Players such as Manaf Umar and Isaac Mensah have taken penalty for the club in this season.

Accra Hearts of Oak take on Inter Allies in the Ghana Premier League this weekend.