By BerBea-nt (self media writer) | 5 days ago

Fast forward to the English Premier League round 21, as quite impressive teams and individual performances were seen during the weekend - leading to the routine update of the "Team of the Week". 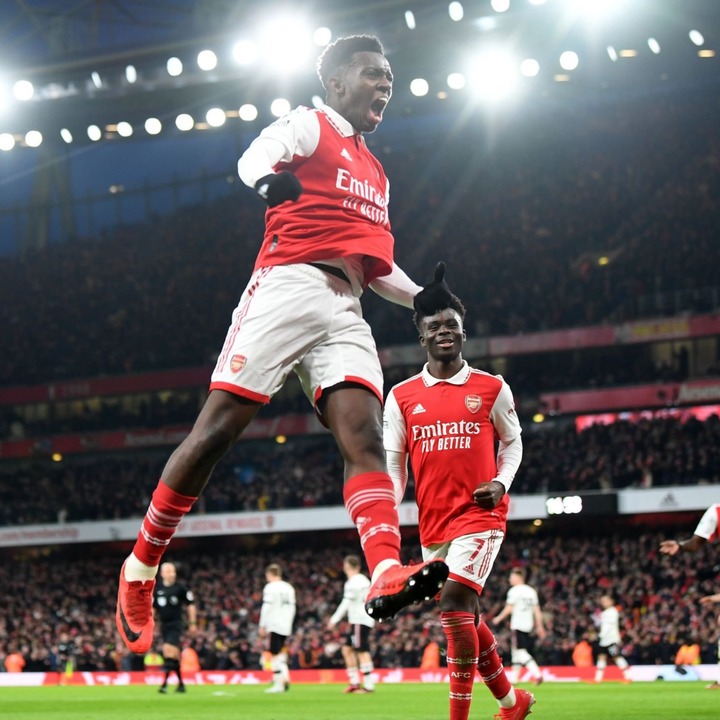 With two stunning goals against one of the biggest rivals in the league, Edward Nketiah is our "Player of the Week", despite his low ratings by sofascore.

His powerful strikes placed Arsenal in the momentum off Marcus Rashford, whole stole it at the Emirates Stadium with the first goal. 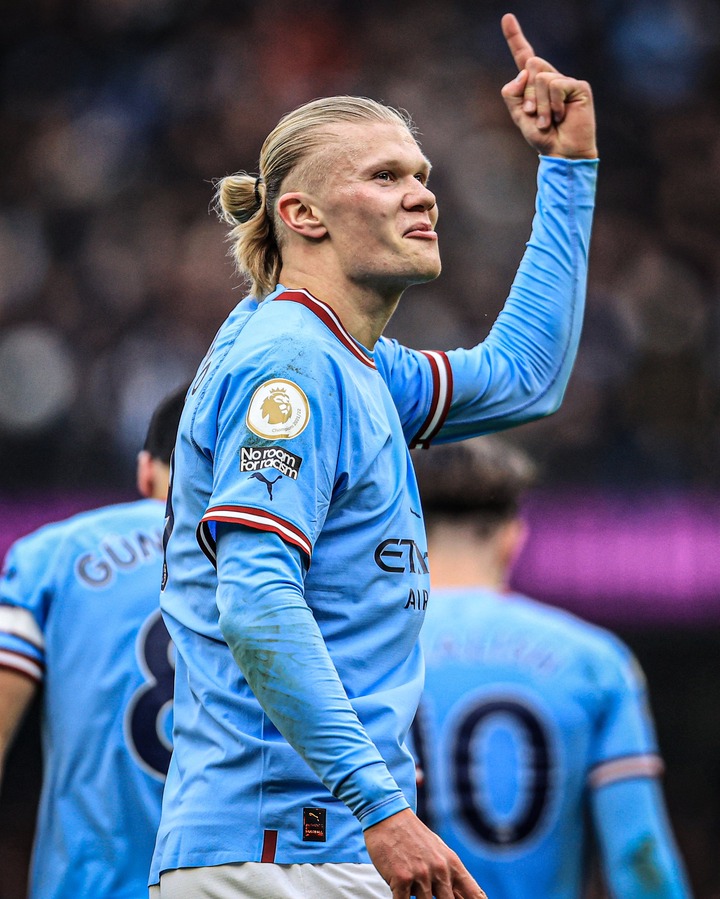 Erling Haaland was also on top of his game scoring his fourth hat-trick of the season alongside other amazing stars like Jarrod Bowen, Thiago Silva, and Morgan Gibbs-White. 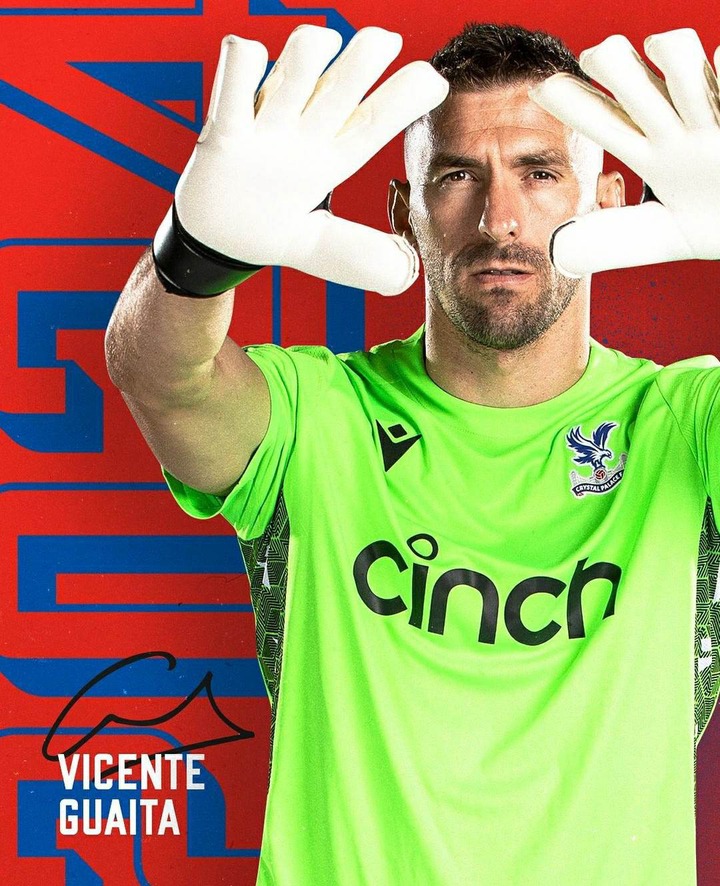 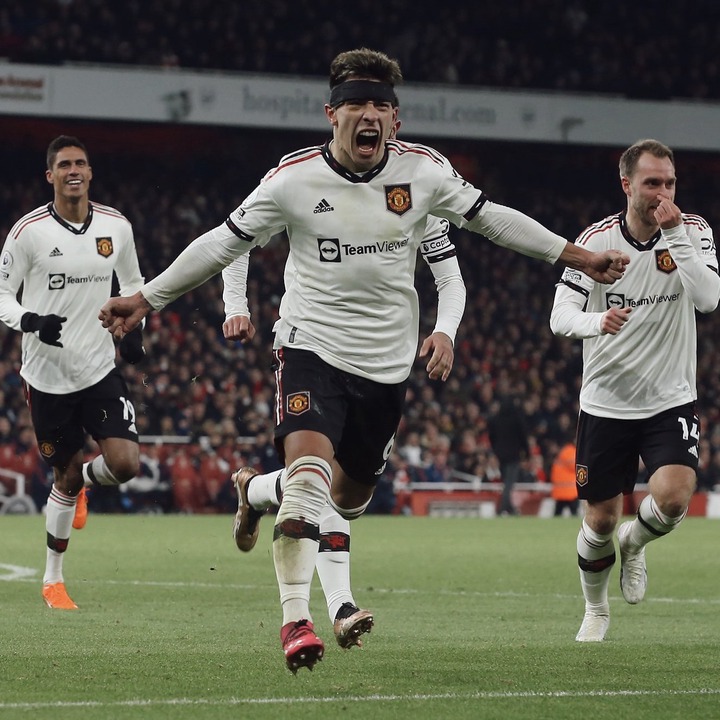 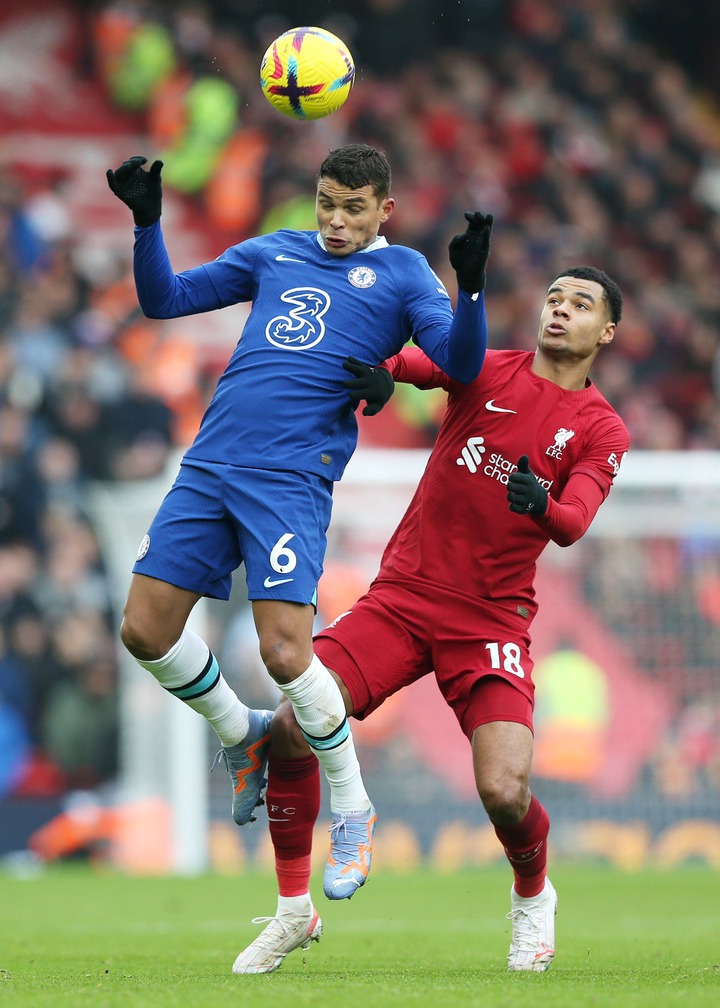 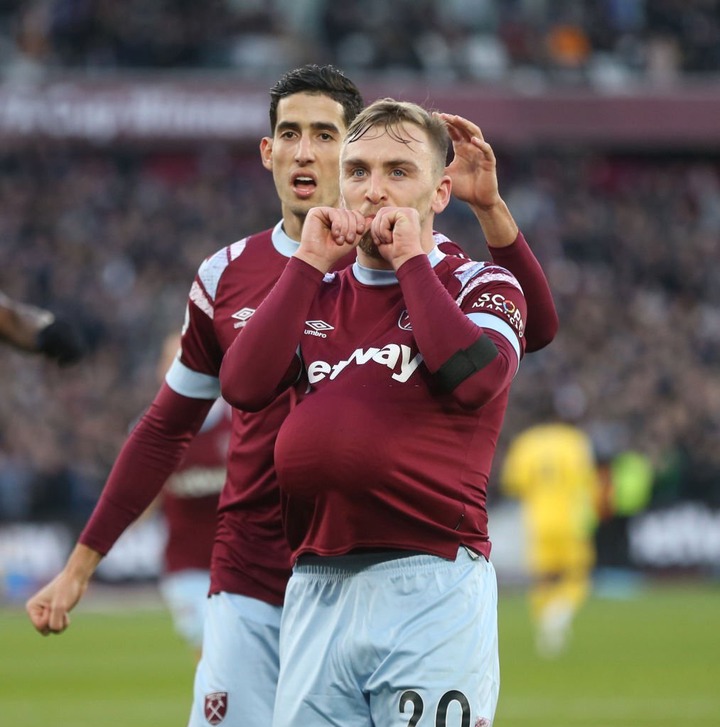 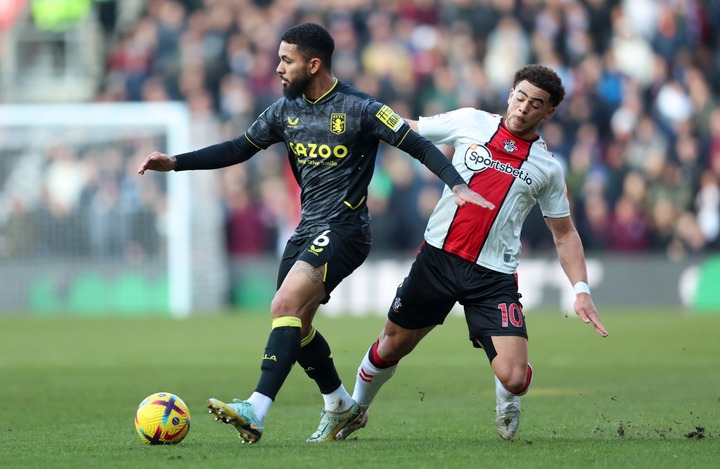 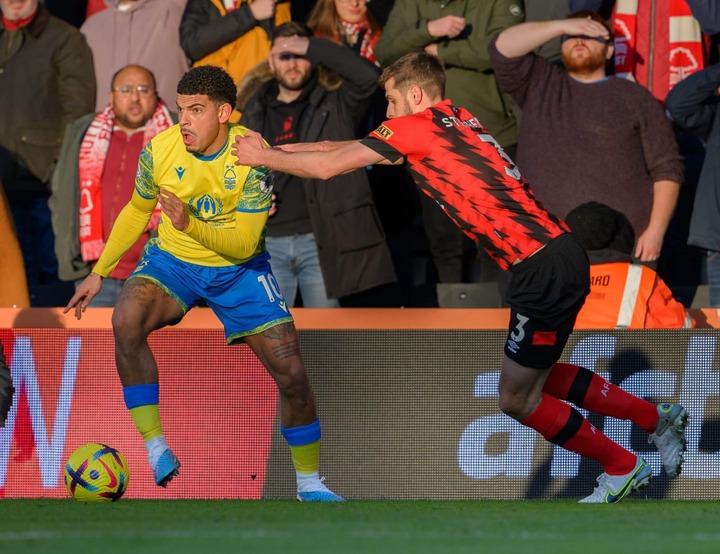 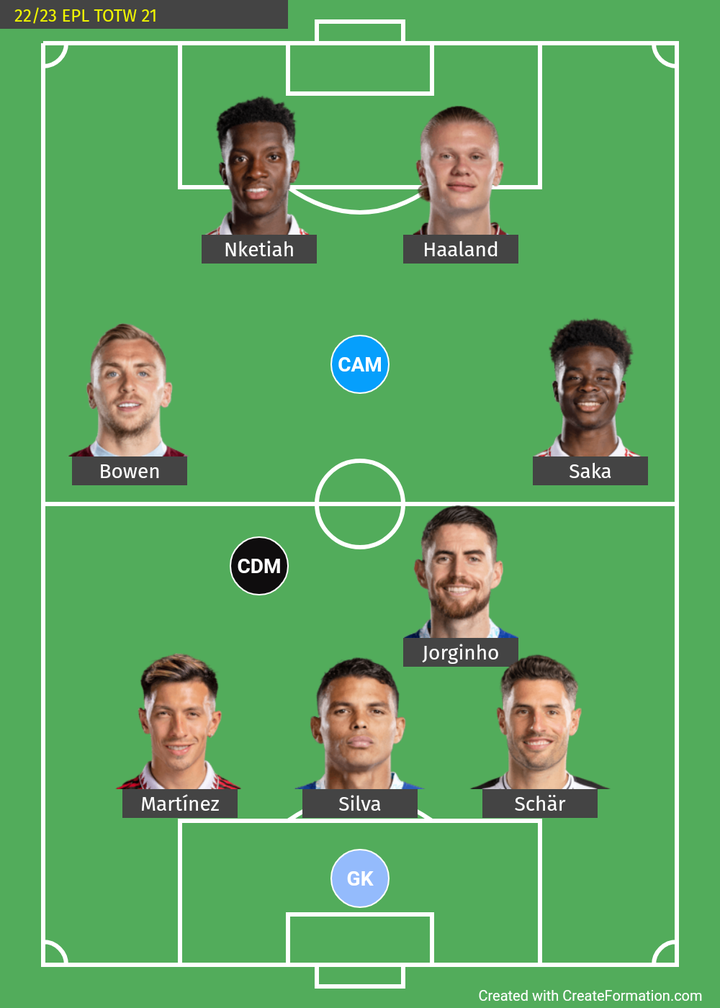