By Rastopgh (self media writer) | 2 years ago 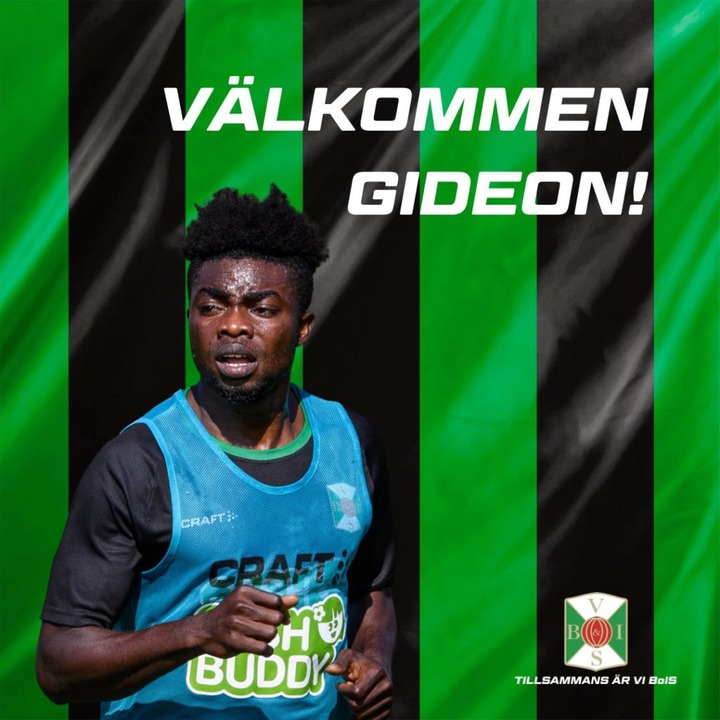 The deal will see the Ghanaian youngster stay at the club till January 2021.

"Gideon Mensah joins on loan from the Danish club FC Nordsjaelland and that the agreement extends until January 2021", a statement from the club read.

Mensah, 19, joins the club from Danish side FC Nordsjaelland.

The move to Varbergs Bols FC is to enable him to get more first-team experience as part of his development and transition to professional football.

Mensah featured 11 times for FC Nordsjaelland U-19 in the Danish U-19 league in the just-ended campaign.

He was an instrumental figure in Ghana’s U-17 team that reached the quarter-final stage of the 2017 FIFA U-17 World Cup in India.

The club was formed at a meeting in the Varbergs Folkets Hus on 25 March 1925. The backbone of the new club was a group of men from the Haga district of Varberg who had previously started a football club named Haga Bollklubb.

Over the years several sports have been covered by the club but activities are now centred on football and wrestling. The new organisations Varbergs BoIS FC (football) and Varbergs BoIS BK (wrestling) work side by side under the "umbrella" of Varbergs BoIS.

Content created and supplied by: Rastopgh (via Opera News )

Interesting: This Is What It Means When You Have Lettered 'M' On The Palm Of Your Hand