By allround.news (self media writer) | 1 year ago

#1. Former Paris Saint-Germain winger Jerome Rothen believes Kylian Mbappe has held back the truth about where his future lies because he is desperate to join Real Madrid.

#2. Real Madrid and Man City advance to the next round of the UEFA Champions League after their victories over Atalanta and Borussia Monchengladbach respectively.

#4. The Supreme Court will decide this Wednesday whether the second trial for the signing of Brazil and Paris Saint-Germain footballer Neymar will be held at the National Court or the Provincial Court of Barcelona, as happened with the first, according to Diario Sport.

#5. Xavi has confirmed that he is in regular contact with newly elected Barcelona president Joan Laporta amid links with the managerial job at Camp Nou.

#6. Eden Hazard has been advised by the doctor the Belgium national team to undergo surgery as soon as possible after suffering a further injury setback at Real Madrid.

#7. Pep Guardiola has not forgotten the message he received when he first arrived at Manchester City from Bayern Munich in 2016 - win the Champions League, or you cannot be considered wholly successful.

#8. Jamie Carragher believes Liverpool's Mohamed Salah will stay at the club because the forward has missed his chance for a move to Spain.

#9. Real Madrid midfielder Luka Modric said he's feeling like he's 27, not 35, after helping the Blancos cruise into the Champions League quarter-finals on Tuesday.

#10.Bruno Fernandes has created 82 chances in the Premier League this season, more than any other player across Europe’s top five leagues.

#11. Thomas Tuchel has dismissed any personal concerns Kepa Arrizabalaga may have after the goalkeeper was dropped by Spain for the first time since joining Chelsea.

#12. Julien Laurens: "Let's be honest: pretty much everything has been different from the Lampard era to the Tuchel era. Said one player: 'it's almost like night and day.

#13. Former Madrid goalkeeper, Iker Casillas, "I was in the class with my classmates when my mom told me I had to fly with Real Madrid to Norway for a Champions League match. I went from being in the classroom with my friend Julio to sitting at the same table as Morientes, Seedorf and Raul."

#14. Zlatan Ibrahimovic has been named in Sweden squad. He’s finally back, Euros are coming with Zlatan too. For the first time since 2016, Sweden's all-time top-scorer has been called up to the national side at the age of 39 years old.

#15. Former Torino defender Pasquale Bruno blasts Juventus: ‘An embarrassing team, ruled by Cristiano Ronaldo.’ “They have an embarrassing team. “The management is messing everything up. They sacked Allegri to hire Sarri, but he was also fired after only one season because Ronaldo and his teammates rule the dressing room. “One has the feeling, players can have their say, but it’s not nice. They are not the ones who must make decisions.”

#16. Mohamed Salah is the greatest African footballer of all time, according to Arsenal's Mohamed Elneny.

#18. Kingsley Coman and Manuel Neuer didn’t train yesterday, but Bayern Munich boss Hans-Dieter Flick insists that the can still be eligible to play against Lazio today.

#20. FIFA are set to release a report on their trials of game-changing limb-tracking technology which would instantly identify offsides, replacing VAR-drawn lines.

#21. A cautious Pep Guardiola says Manchester City will celebrate reaching the Champions League quarter-finals, but will not be focusing on it as they continue to compete on four fronts. 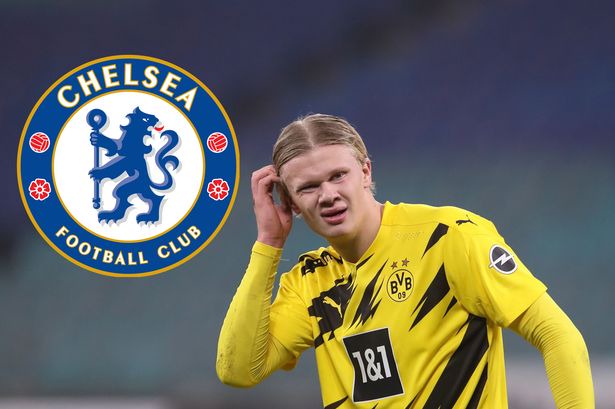 E-levy Has Succeeded; The Government Wants To Just Trick The Ghanaians Of Its Failure - Opinion

Attributes Of Good Relationship Anyone Can Boost of

Here Are Regrettable Errors You Can Avoid Today

Guys, Things You Understand Before Committing Yourself Into Marriage