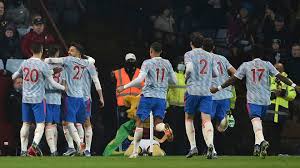 Manchester United are going on a trip to the Brentford Community Stadium to play their outstanding match today against newcomers - Brentford at exactly 8:00 pm GMT. And with the current EPL standings, anything less than 3-points might make them slip away from the European qualification.

Brentford, on the other hand, are having a good season having occupied the 14th position with 10-points in a gap from the relegation zone. However, they seem to be on a poor run of form lately having earned only 3-points in their last PL games, and will be looking forward to reversing all their troubles on United tonight. 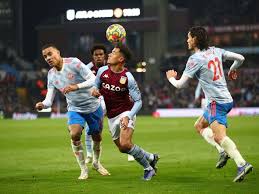 With Manchester United, their form hasn't been consistent but ahead of this fixture they might want to bounce back from their last match incident where they scored 2-goals past Aston Villa and came to settle at a draw. Also, keeping track of United's last five PL games they have accumulated only 6-points.

Now, given Ronaldo's return - United interim boss Ralf Rangnick will make a little shuffle in the squad that played over the weekend with the likes of Luke Shaw, Ronaldo, Scott McTominay, Maguire all starting today. 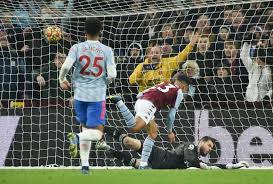 De Gea has been quite fantastic for the Reds and will keep his place in the goal post once again. Luke Shaw has served his suspension and his set to take Alex Telles place partnering Harry Maguire who is in for Lindelöf, Raphaël Varane, and Diogo Dalot in defense. Nemanja Matic didn't impress against Aston Villa so McTominay will start ahead of him partnering 2-goals hero Bruno Fernandes and Fred in the midfield. Being out for two games, Ronaldo will come for Cavani's place partnering Swedish teenager - Anthony Elanga and Mason Greenwood in the attack.

Is This Line-Up Convincing Enough For A Win In Today's Game?.